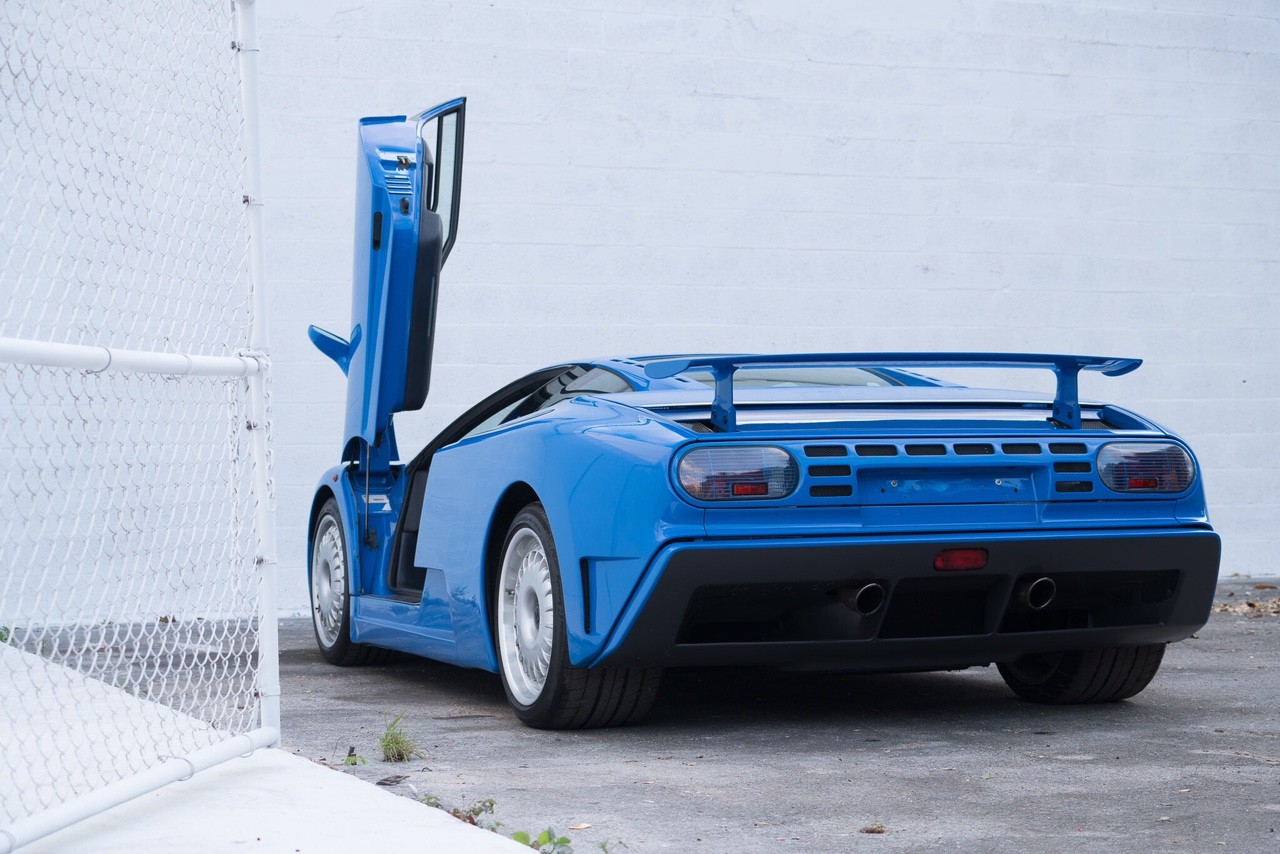 In 1986 Ferruccio Lamborghini, Paolo Stanzani, and Nuccio Bertone started the discussion that led to the rebirth of Bugatti. Eventually spearheaded by Roman Artioli, who would resurrect the most famous and prestigious automotive brand in the world, Bugatti and create the EB110.

Led by his passion for excellence, Artioli put together an unparalleled group of designers, engineers and experts from around Europe to re-launch the brand and build the fabled EB110.

Artioli cultivated Engineers from England, Germany, France and Italy who were pushed to be innovative and essentially lead the automotive world.

In the Modena factory, which resembled the most state of the art laboratory, workers shared incredible enthusiasm and passion. Resulting in the creation of a Carbon Fiber Chassis, Four Wheel Drive, 5 valves per cylinder, quad turbo, V12, 604hp, 216mph supercar.

Only 90 or so examples were ever produced of the EB110 prior to the company closing its doors, with 60 or so orders that never reached production.

Founded by Ettore Bugatti in 1909, the original French company was known for its excellence in engineering and precision detail. Automobiles were executed in artistry. Engine blocks hand scraped, and so precise that gaskets were not needed; surfaces that included Guilloche “engine turned” finishes and safety wires that were laced in artistic and intricate patterns.

The EB110 has the most incredible presence. It feels sculpted, with precision fit and finish. The EB110 embodies everything Bugatti was and truly represents Artioli vision. Forward thinking, beautiful, precise, its interior appointments including wood accents feel luxurious.

We recently acquired a stunning original example of an EB110. Our EB110 is a very late production, 3 owner car, that comes complete with all the original books, manuals, keys, records and even the rare EB110 watch included at delivery.

Considering its contribution to the automotive world, its low production and the future of Bugatti, we feel that the EB110 is the most undervalued modern Supercar. 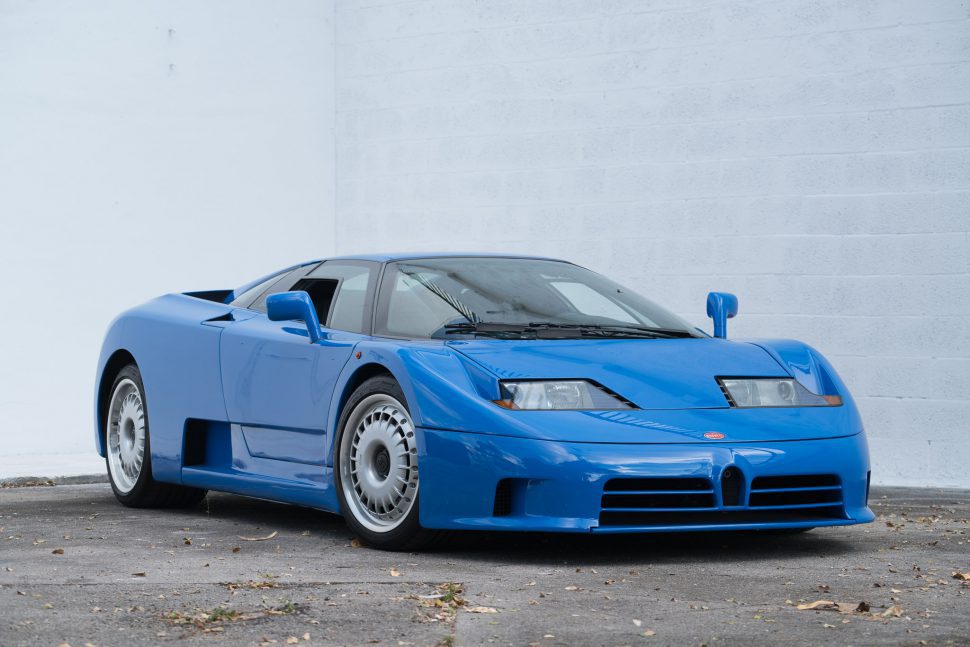 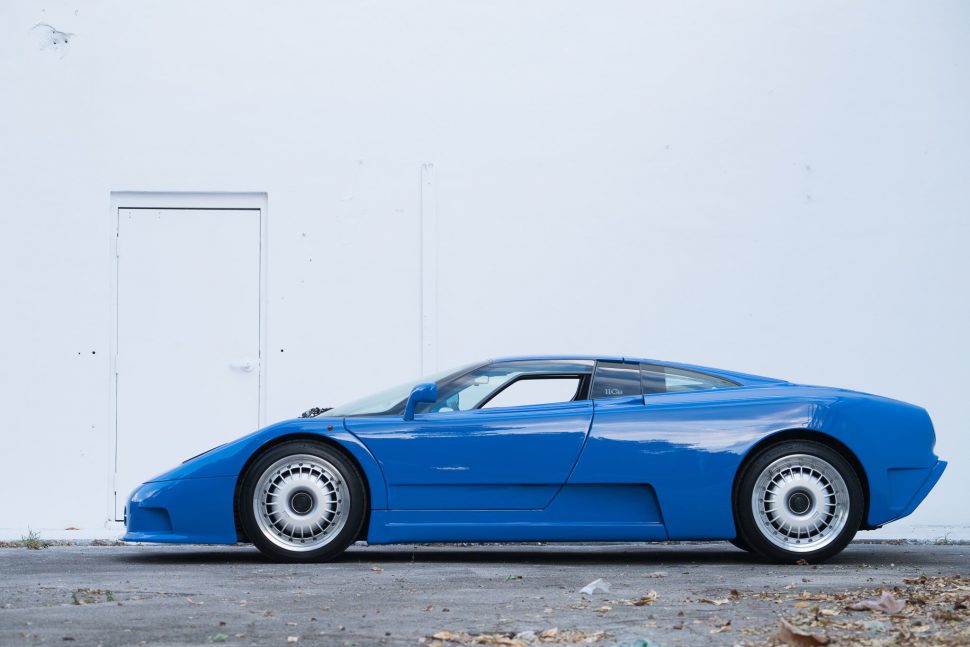 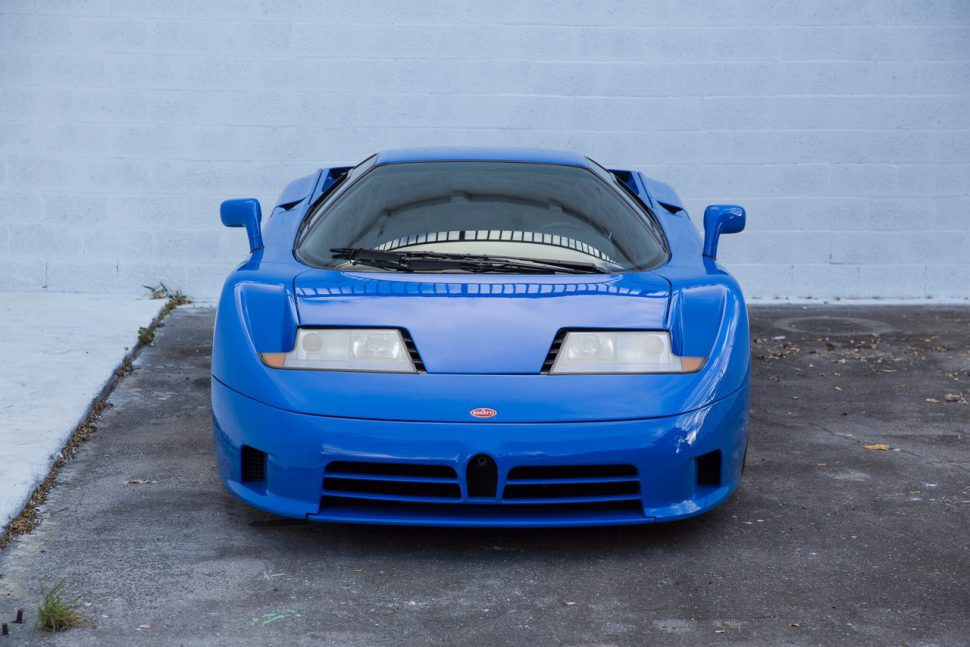 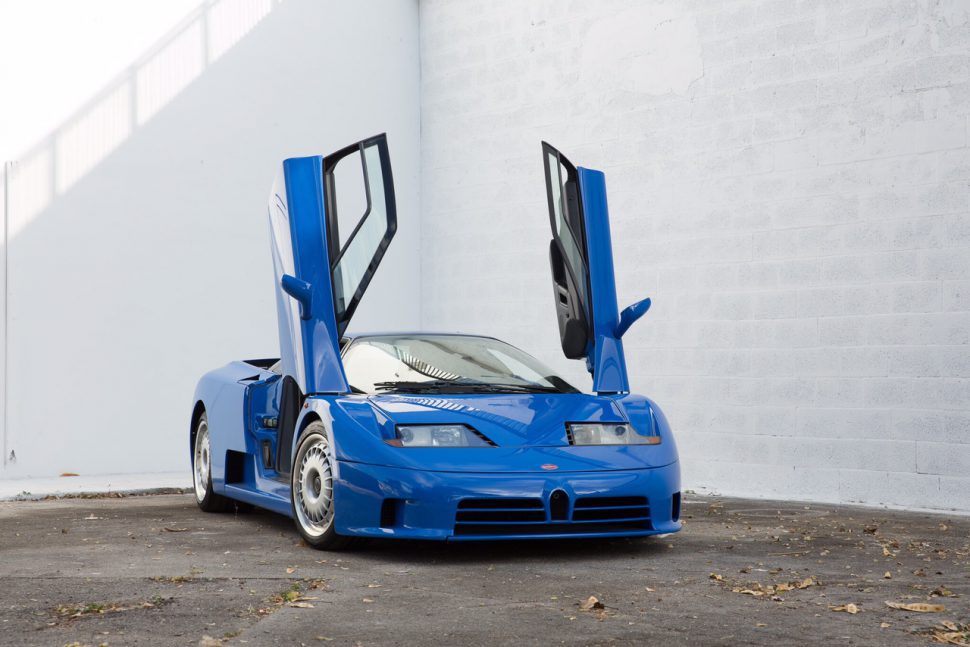 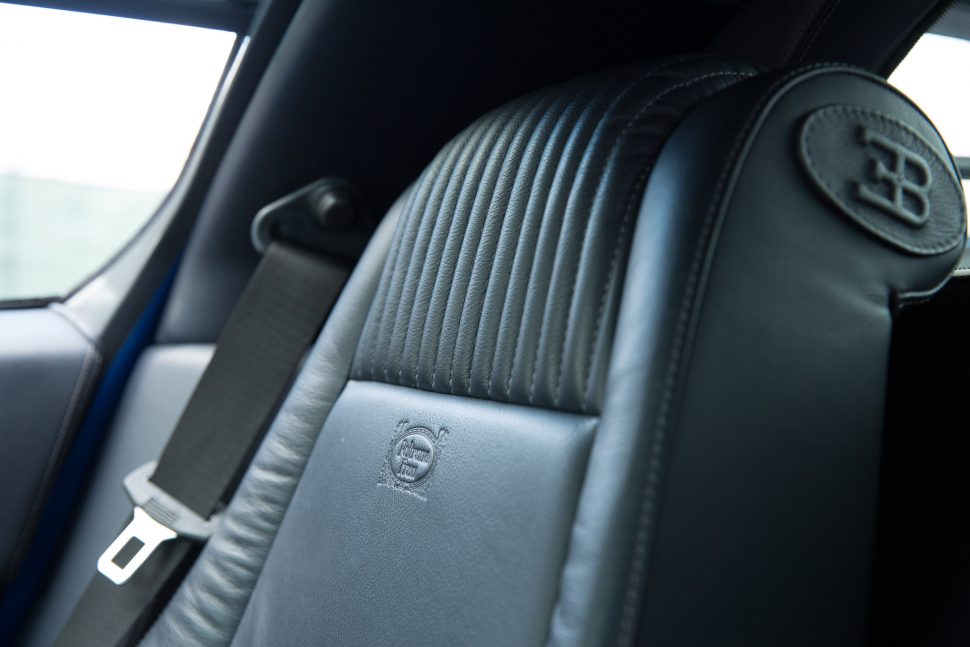 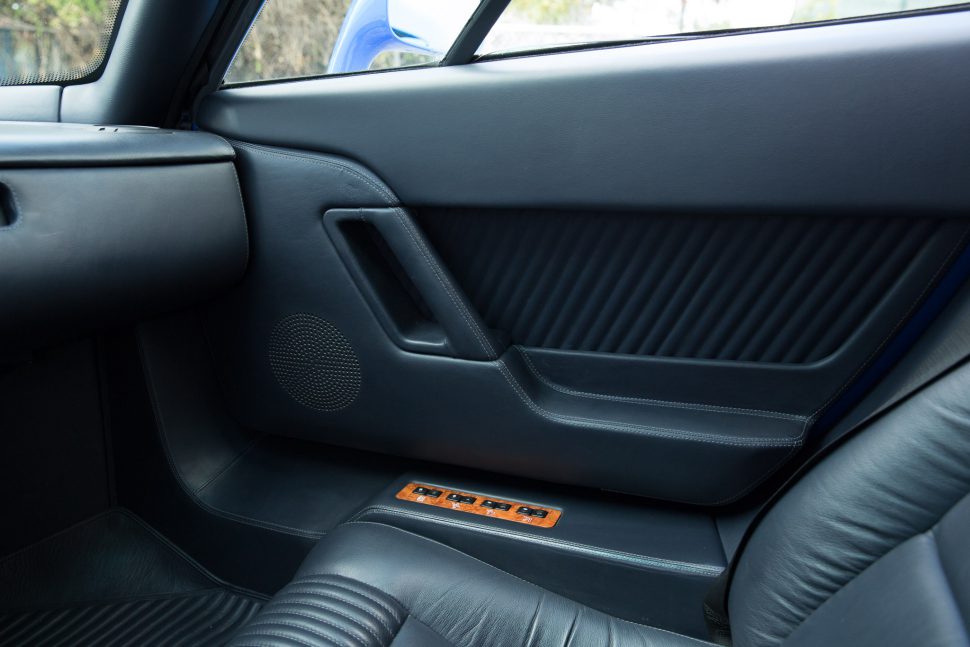 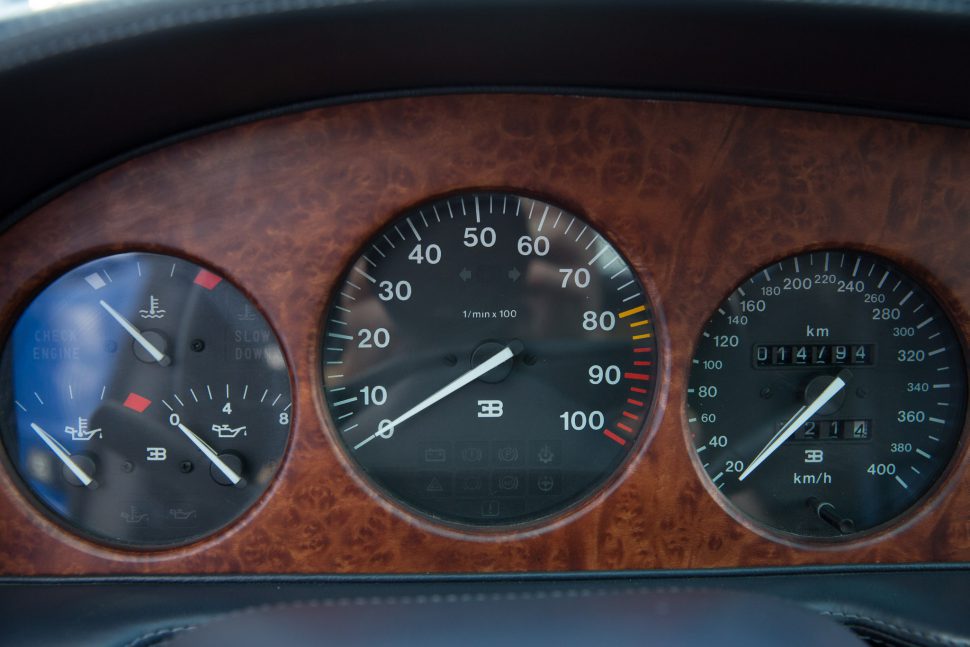 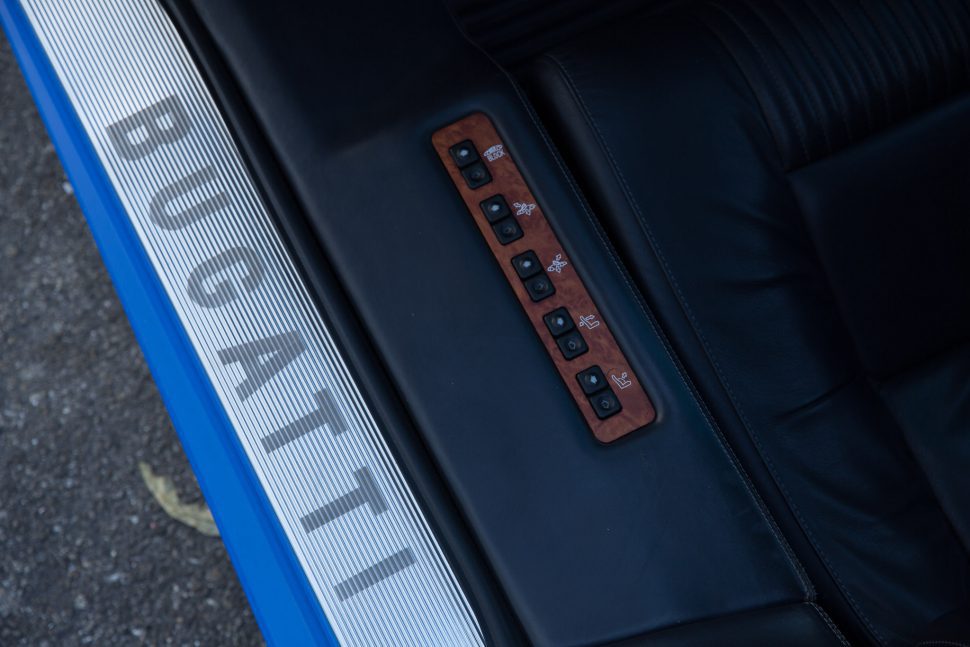 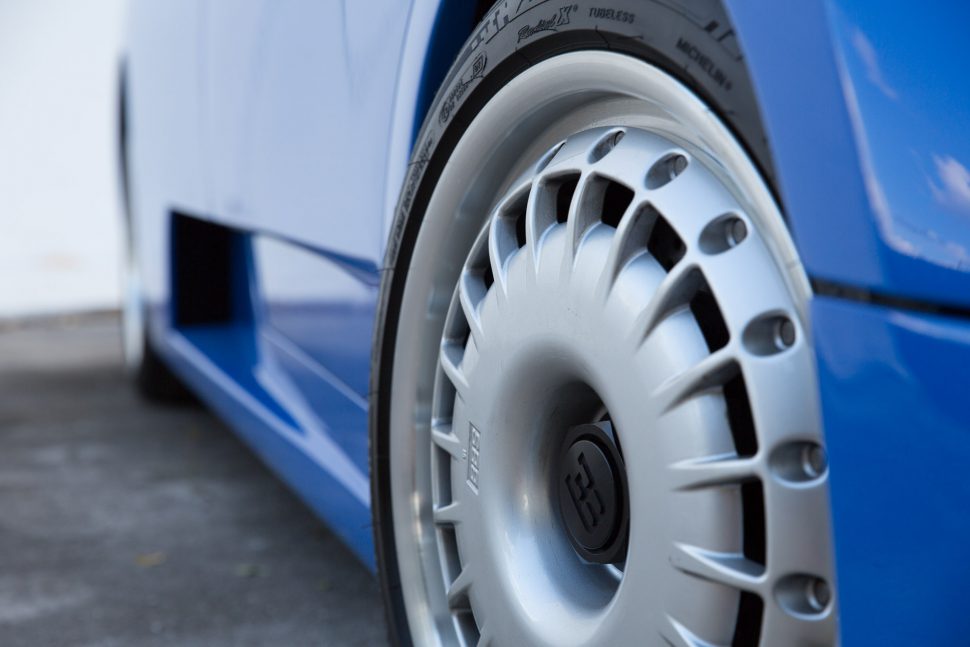