The long anticipated replacement to the Jalpa, Lamborghini’s Gallardo lineup was unveiled to the public at the March 2003 Geneva Auto Show.

A smaller, lighter car than it’s V12 powered counterparts, the permanent all-wheel-drive Gallardo is powered by a mid-mounted 5 liter V10 engine producing 500BHP and a top speed of 193MPH.

The design for this newest Lamborghini is credited to Fabrizio Giugiaro, the son of well-know designer Giorgetto Giugiaro, of Ital Design.

The beautiful Gallardo was Lamborghini’s entry level car from 2003 until 2013. The V10 baby Lambo was a huge hit and represents the best-selling model in the history of the Sant’Agata Bolognese company. A total of 14,002 examples were built during their ten year production run backing up V12 engined bigger brothers, Murcielago and Avenator, while commemorating the company’s 50th Anniversary.

Among the amazing successful run for the Gallardo, several (okay, let’s face it, nearly thirty) special and limited editions appeared with subtle tweaks, everything from Spyders, to police cars to Superleggeras to GT3 racing cars and even one named after our friend Valentino Balboni, appear in different configurations, colors and performance packages.

This 2006 Lamborghini Gallardo (#2937) is resplendent in Rosso with black leather interior, showing only 425 original miles on the odometer and rare 6-speed manual transmission.

The Gallardo is loaded with factory options which include:

“At Curated, we do not acquire cars simply for inventory but rather based on what the car is. We love interesting provenance, very low production, very low mileage, very special and often weird cars.” John Temerian, Jr. Curated co-founder 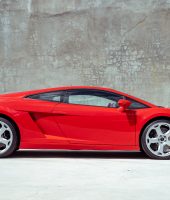 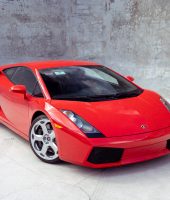 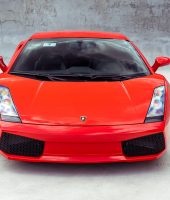 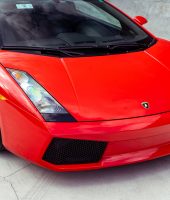 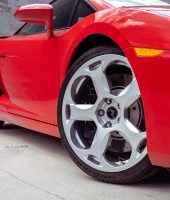 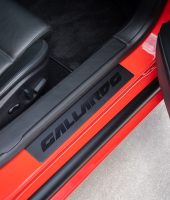 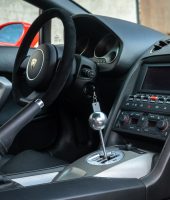 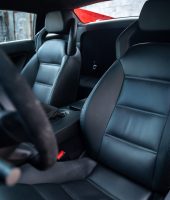 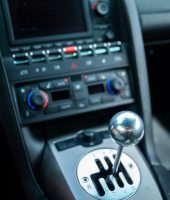