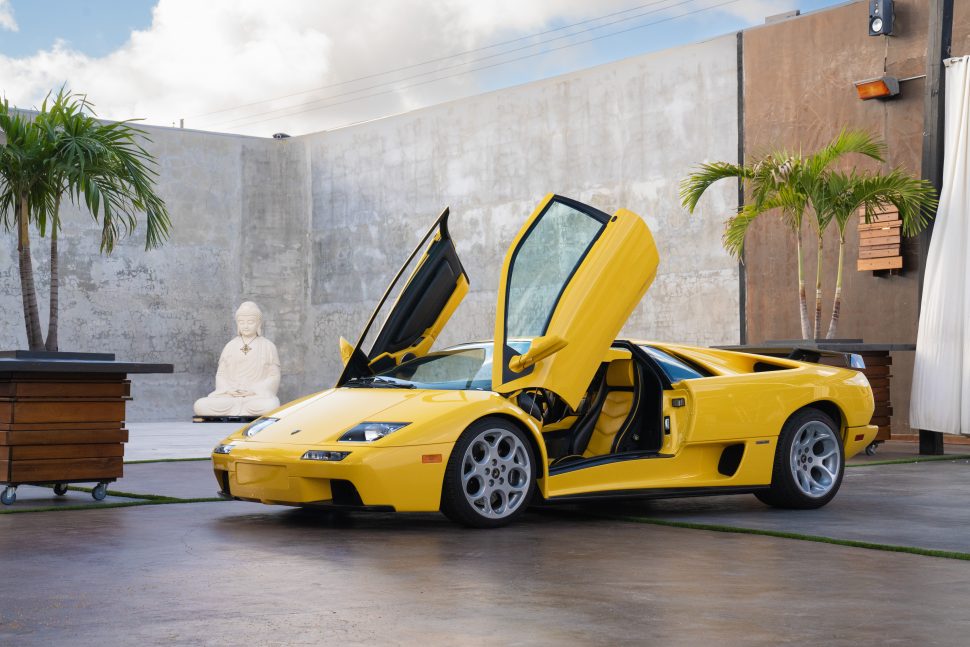 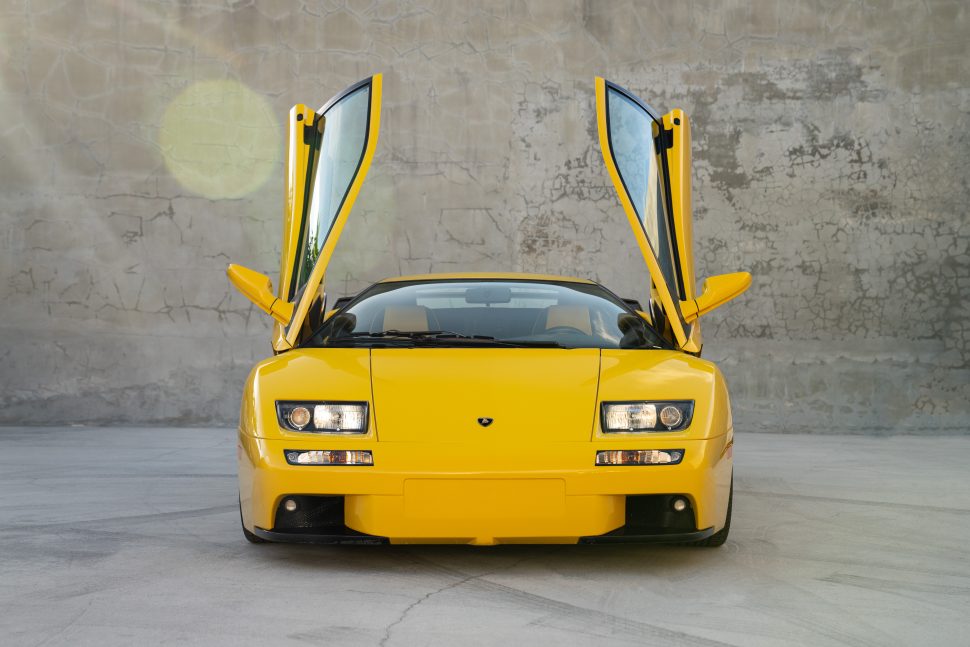 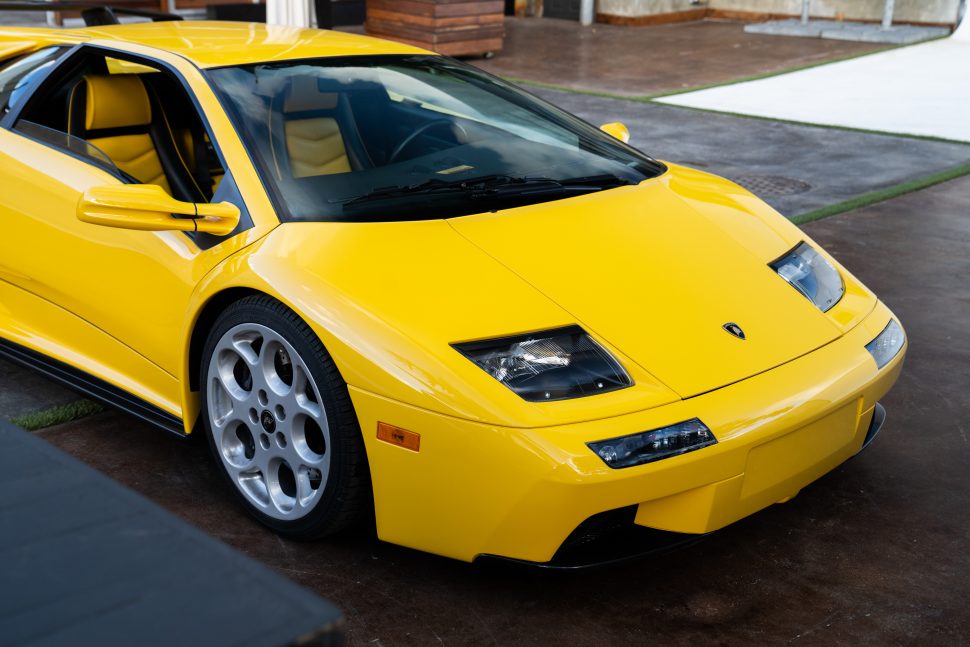 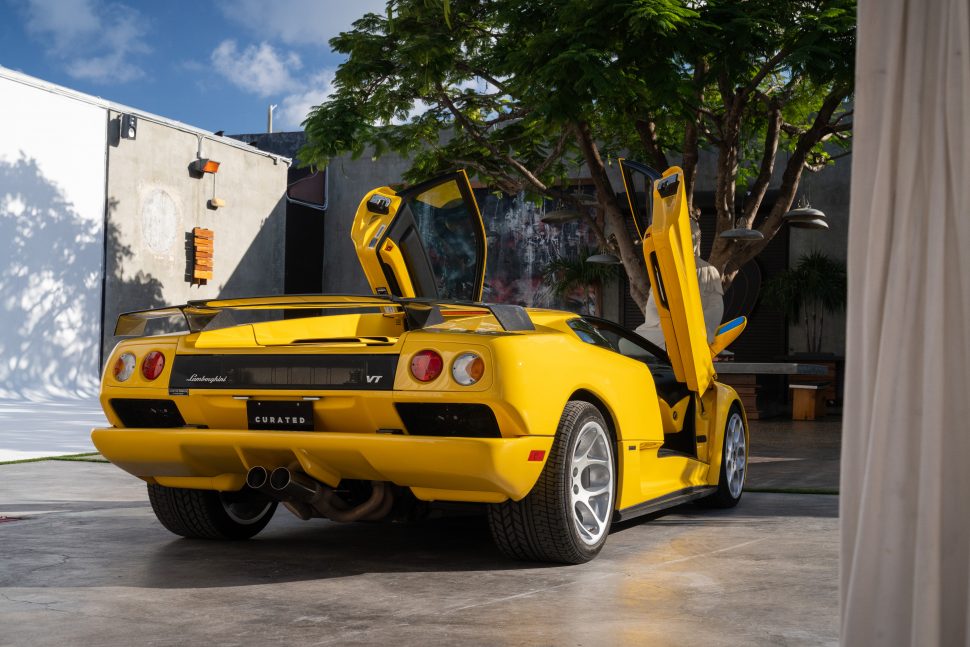 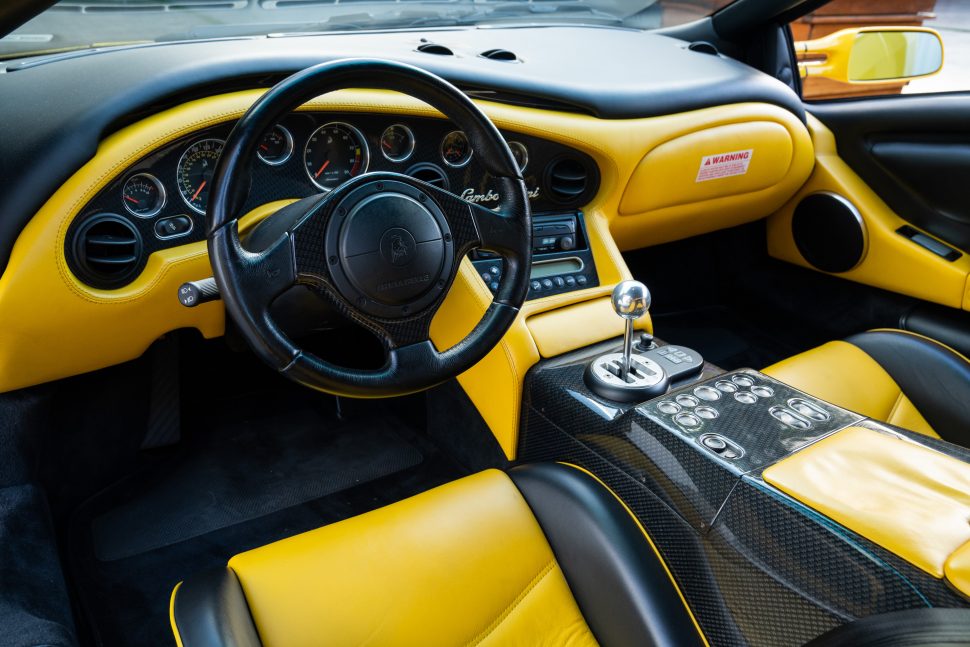 This gorgeous 2001 Lamborghini Diablo 6.0 finished in rare Giallo Evros. Our research
indicates that only five Diablo 6.0 VT’s were finished in this brilliant non-metallic color.
The interior is splendid in dramatic black leather trim flashed with matching yellow on
the seat bolsters and across the dash top, flawless, with its original Alpine head unit and
still smells just as it did when they rolled off the assembly line.

The fabulous Diablo was third in line as Lamborghini’s flagship supercar succeeding the
hugely popular Countach. With sixteen iterations produced from 1990 to 2001, the
Diablo received continual upgrades and performance enhancements throughout the
entire eleven year production range under both Chrysler Corporation and Audi AG
ownership

As production of the Diablo series came to an end in 2001, the 6.0 VT stood as the
most refined and powerful example produced with the 6.0 liter V12 featuring revised fuel
and ignition system, individual throttle bodies, dynamic air intake induction system,
variable valve timing, titanium connecting rods and lightweight crankshaft adding up to
create a staggering 550BHP at 7,100RPM kicking power out to all four wheels through
the Viscous Traction (VT) system.

This Diablo 6.0 VT (#12773) is a two-owner example originally purchased at Prestige
Imports, the official Lamborghini dealer in Miami, Florida. The Diablo comes complete
with factory carbon fiber rear wing (a $12,000 option when new), still shod with its
original Pirelli P-Zero tires and exhaust.

The car is complete with all books, tools and records as well as business cards from
Prestige Imports’ sales representatives. Service records from Evan’s Automotive, one
of the premier Lamborghini service facilities in the country, as well as original invoices
indicates the level of commitment the owner had to this spectacular, well-documented
example.

The car is one of less than 120 Diablo 6.0 VTS produced for the U.S. market and one of
less than twenty in this condition and provenance.

“At Curated, we do not acquire cars simply for inventory but rather based on what the car is.
We love interesting provenance, very low production, very low mileage, very special and often
weird cars.”
John Temerian, Jr.
Curated co-founder 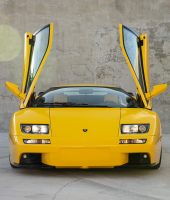 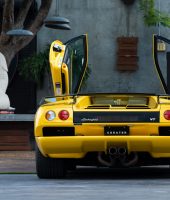 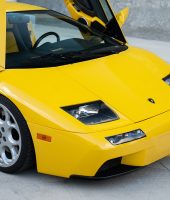 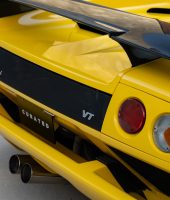 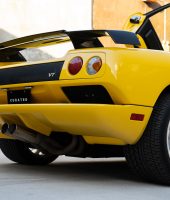 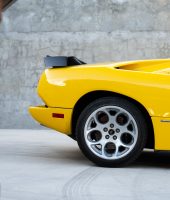 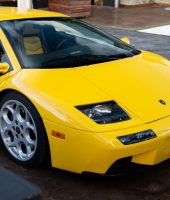 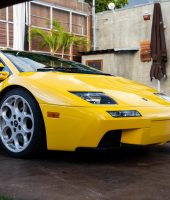 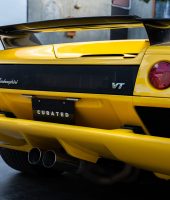 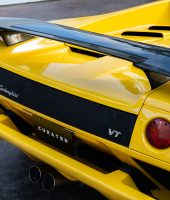 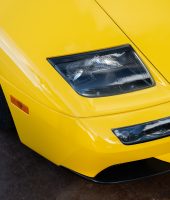 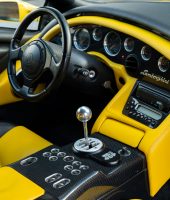 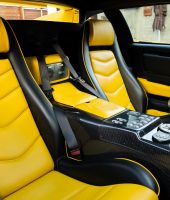 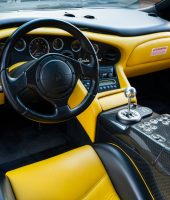 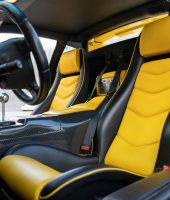 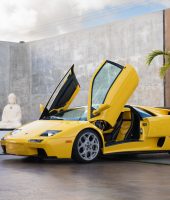 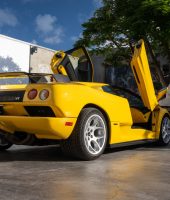 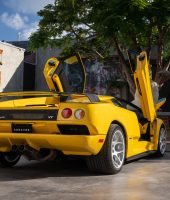