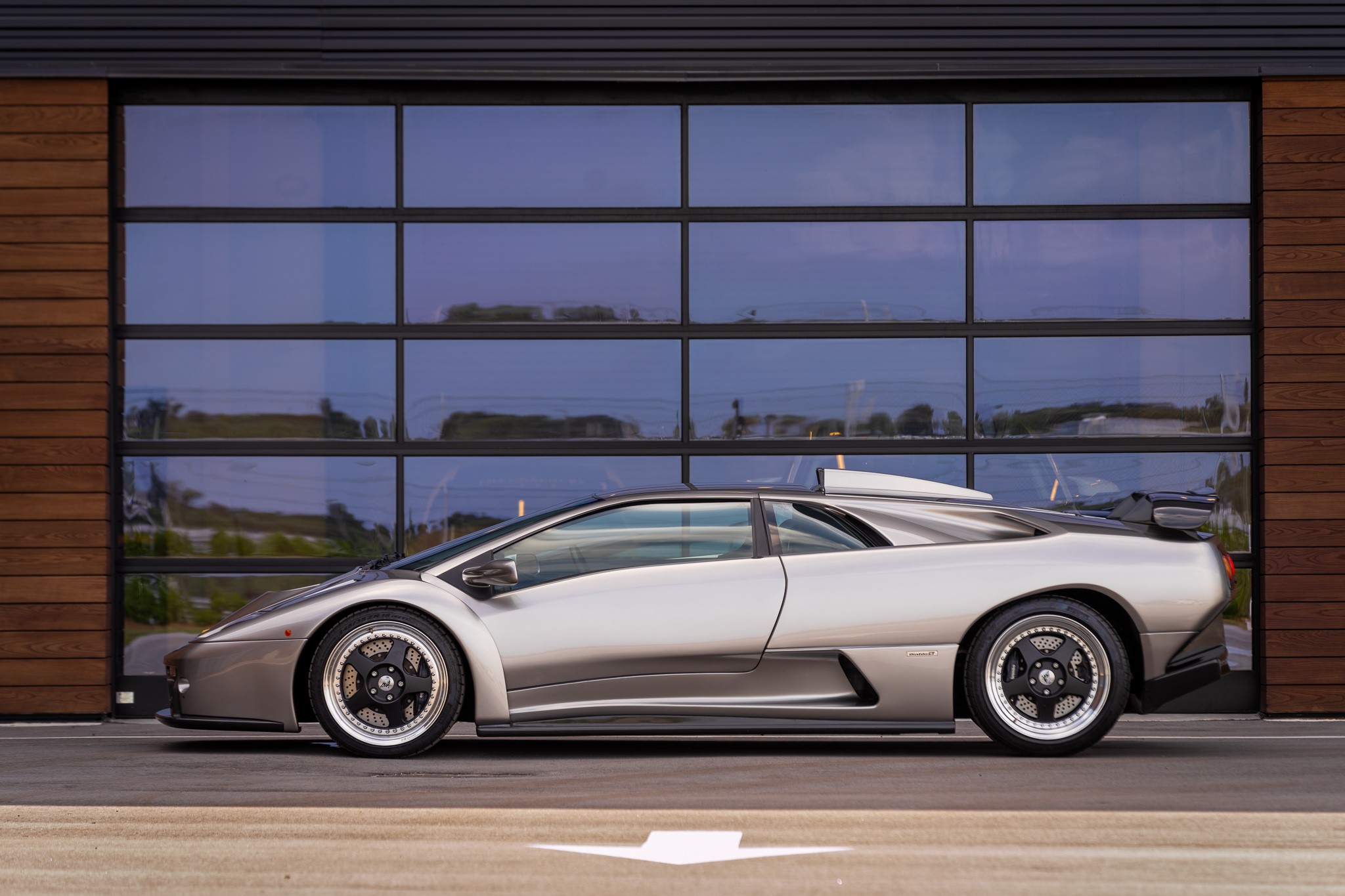 The Diablo GT was the ninth variant of the model from Lamborghini.  Introduced in 1998 and based on previous versions and special versions such as the SE30 and SE30 Jota, Only eighty versions of the GT were produced mainly for Europe with only four finding their way to the U.S.

Lamborghini produced the Diablo GT to be a track-only car and it was outfitted with many components not seen on previous road going versions.  Exclusive additions to the car included more sculpted and aggressive bodywork, sparse interior and larger engine.

Bodywork alterations included an all new black carbon front air dam, larger brake ducts and central vent for the oil cooler.  A prominent air extractor was added to the front deck lid and small corner vents atop the front fenders were changed to NACA style ducts.  At the rear, a wider wing was added to accommodate the wider track.  The rear light clusters and bumper were replaced with a carbon fiber diffuser which is integrated with the center mounted exhaust system and the fog and reversing lamps.

A new ram air intake was added which protrudes from atop the engine bonnet adding to the car’s racy looks.  Carbon fiber touches were added to the body to take away weight with the only steel left was the roof while the doors remained in aluminum.  O.Z. created special three-piece wheels completed the exterior package.

In the engine department, the basic V12 remained however stroked from 5.7 liters to a new displacement of 6.0 liters producing 575BHP.  In the drivetrain, the transmission was the standard 5-speed used in previous models but buyers could request different gear ratios.  The all-wheel drive system was eliminated to save weight.

This 2000 Lamborghini Diablo GT (#2531) is in Argento Titanium with Nero leather interior.  The car is one of only 80 made world wide, produced comfortably in the middle of the production as #61.  Despite its twenty-one years, the car is showing only 7,490KMs (4,654 miles) and comes with fresh service done in-house at Curated Restorations. 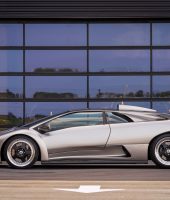 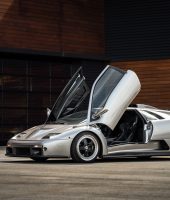 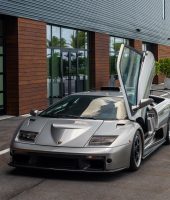 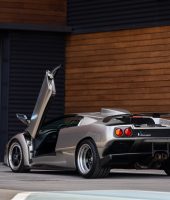 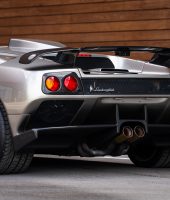 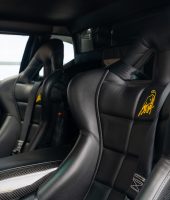 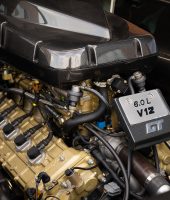 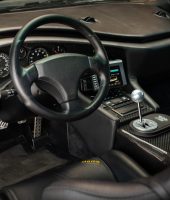 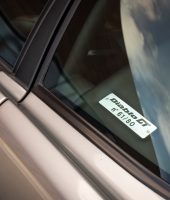