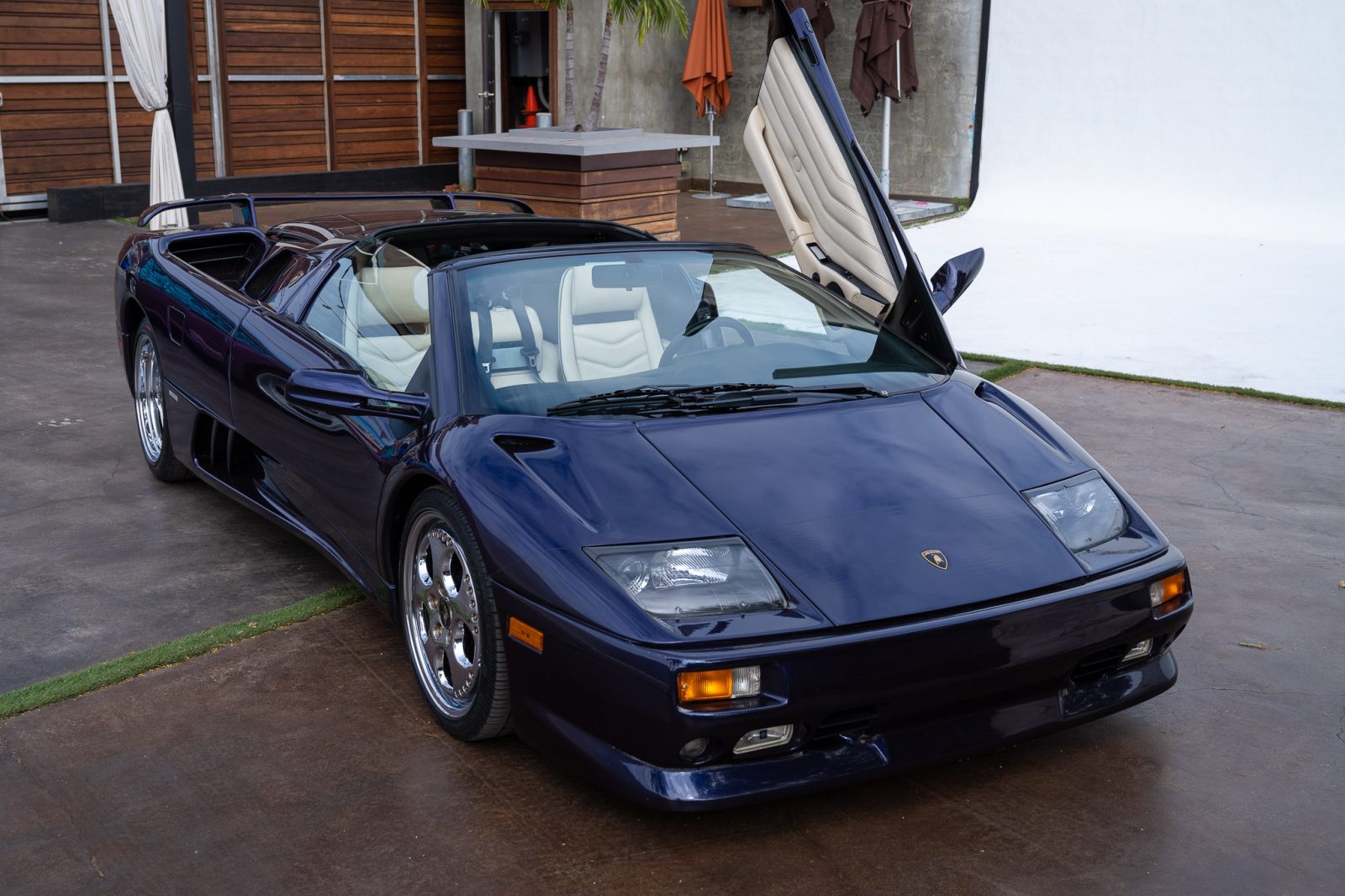 Introduced at the 1992 Geneva Motor Show, the Lamborghini Diablo Roadster prototype showed the world what an open top Supercar should look like. With the roof removed and the windscreen shortened dramatically, the famous scissor doors remained and the chassis was bolstered to make up for the lack of a permanent roof.

The initial response from attending media and public was overwhelmingly positive, creating demand from Lamborghini dealers and their customers. Patient customers were finally rewarded with the debut of the production version of the Diablo Roadster VT in 1995.

Over the following five years, Lamborghini built less than 200 VT Roadster examples in North America, which featured a removable targa top made entirely of carbon fiber that was stored above the engine bonnet when not in use.

The loud V12, 48 valve engine was mounted right where it belongs in the middle of the car, and with the open top Roadster version, earplugs are a necessity if occupants value their hearing.

This VT Roadster (#12406) is painted in Blu Scuro, an $11,000 option, and finished with Glacier white leather creating a stunning example of Italian technology and taste. Showing only 9,018 original miles over the span of three owners from new, the car is documented with service records, original window sticker, books, manuals, tools and emergency parts kit. 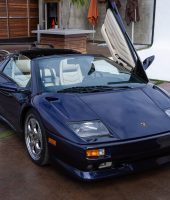 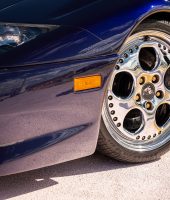 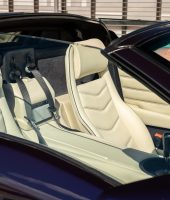 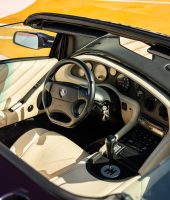 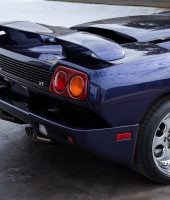