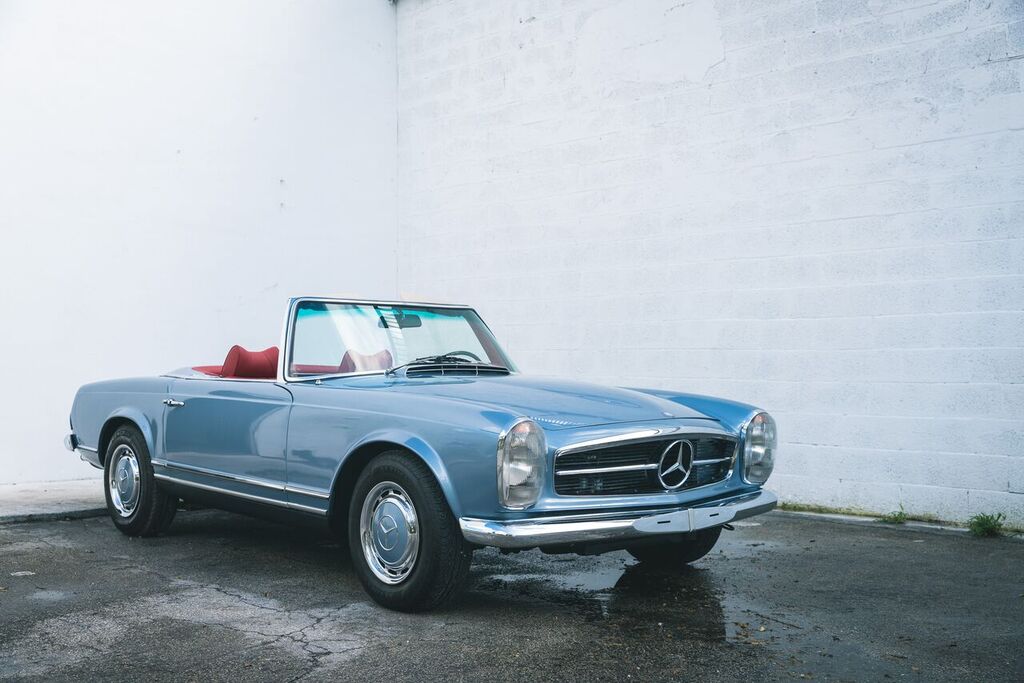 The 280SL was developed under the auspices of Mercedes-Benz Technical Director Fritz Nallinger, Chief Engineer Rudolf Uhlenhaut and Head of Styling Friedrich Geiger.  The lead designers were Paul Bracq and Bela Barenyi who created its distinctive, patented,slightly concave hardtop, which inspired the “Pagoda” nickname.

All models were equipped with an inline-six-cylinder engine with multi-port fuel injection. The bonnet, trunk lid, door skins and tonneau cover were made of aluminum to reduce weight.  The comparatively short and wide chassis, combined with an excellent suspension, powerful brakes and radial tires gave the W 113 superb handling for its time. The styling of the front, with its characteristic upright Bosch “fishbowl” headlights and simple chrome grille, dominated by the large three-pointed star in the nose panel, paid homage to the then already legendary 300 SL roadster.

W113 SLs were typically configured as a “Coupe/Roadster” with a soft-top and an optional removable hardtop.  A 2+2 was introduced with the 250 SL “California Coupe,” which had a fold-down rear bench seat instead of the soft-top.

The Mercedes-Benz 280 SL was introduced in December 1967 and continued in production through 23 February 1971, when the W 113 was replaced by its successor, the entirely new and substantially heavier R107 350 SL. Over the years, the W 113 evolved from a sports carinto a comfortable grand tourer and US models were by then usually equipped with the 4-speed automatic transmission and air conditioning.

Manual transmission models came with the standard 4-speed or the optional ZF 5-speed, which was ordered only 882 times and thus is a highly sought-after original option today.  In Europe, manual transmissions without air conditioning were still the predominant choice.  Of the 23,885 280SLs produced, more than half were sold in the U.S.

The main change was an upgrade to the 2,778 cc (2.8 L) M130engine with 170 PS (130 kW; 170BHP) maximum power and 180 lb⋅ft (244 N⋅m) maximum torque, which finally gave the W 113 adequate power.  The performance improvement was achieved by increasing bore by 4.5 mm (0.2 in), which stretched the limits of the M180 block, and required pairwise cylinder casts without cooling water passages.  This mandated an oil-cooler, which was fitted vertically next to the radiator.  Each engine was now bench-tested for two hours prior to being fitted, so their power specification was guaranteed at last.

The 280SL marked the final evolution of Mercedes-Benz’ venerable SOHC M180 inline-six, before it was superseded by the entirely new DOHC M110 inline-six introduced with R107 1974 European 280 SL models. For some time, it was also used in the W109 300 S-Class, where it retired the expensive 3 liter M189alloy inline-six.

North American models have a number of subtle differences, the most obvious one being the distinctive “sealed beam” bulb headlights required in the US versus the Bosch Lichteinheit headlights for the rest of the world.  1970 US models also acquired amber turn-signal lenses on the rear lights, later than most other countries.

Other differences of the North American models include imperial gauges, chrome bumper guards, side reflectors (illuminated from 1970), lower rear-axle ratios for faster acceleration yet lower top speeds, and no “single-side” parking lights. US market 280 SL engines required emission control modifications, including “softer” valve timings, a reduced compression ratio and a modified injection pump, which reduced power from 170 PS (125 kW; 168BHP) to 160 PS (118 kW; 158 hp).  In the US, automatic transmission, air conditioning, and white wall tires were much more popular than elsewhere.

European cars were popular as US gray-market imports: those vehicles were brought to the US some years after their original delivery in Europe. Early European imports had aftermarket hazard lights and Kangol seat belts fitted, US safety requirements that were adopted in Europe only in later production years. 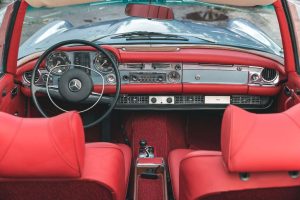 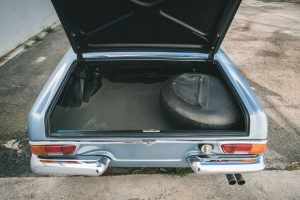 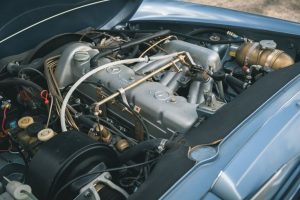 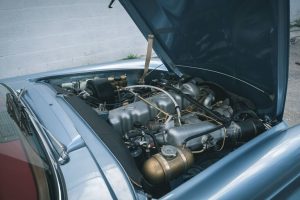 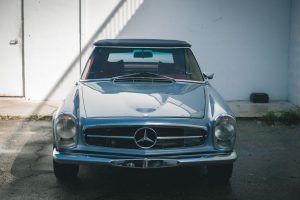 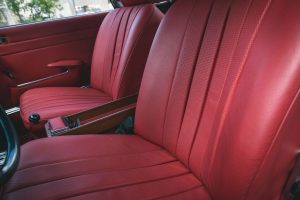 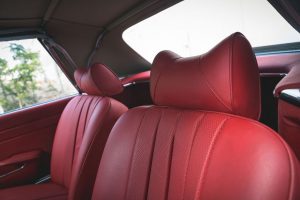 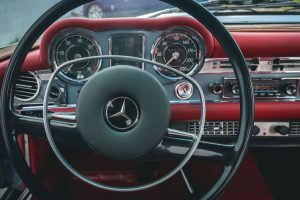 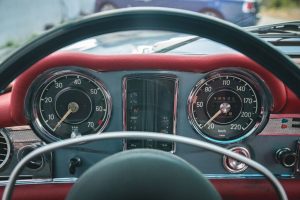 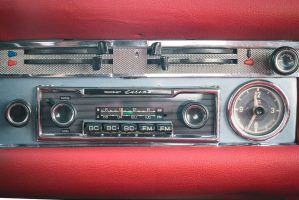 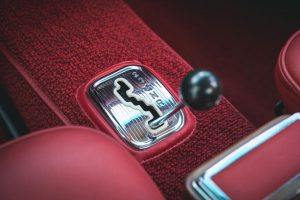 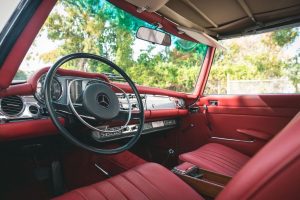 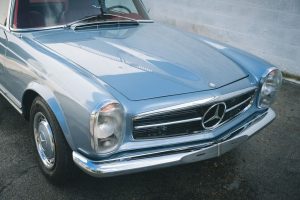 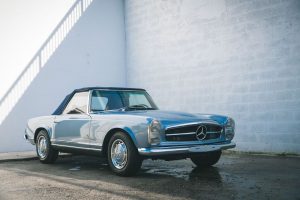 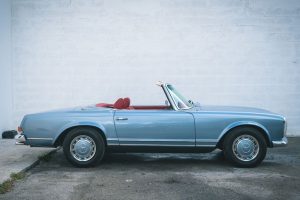