The Bull in a China Shop 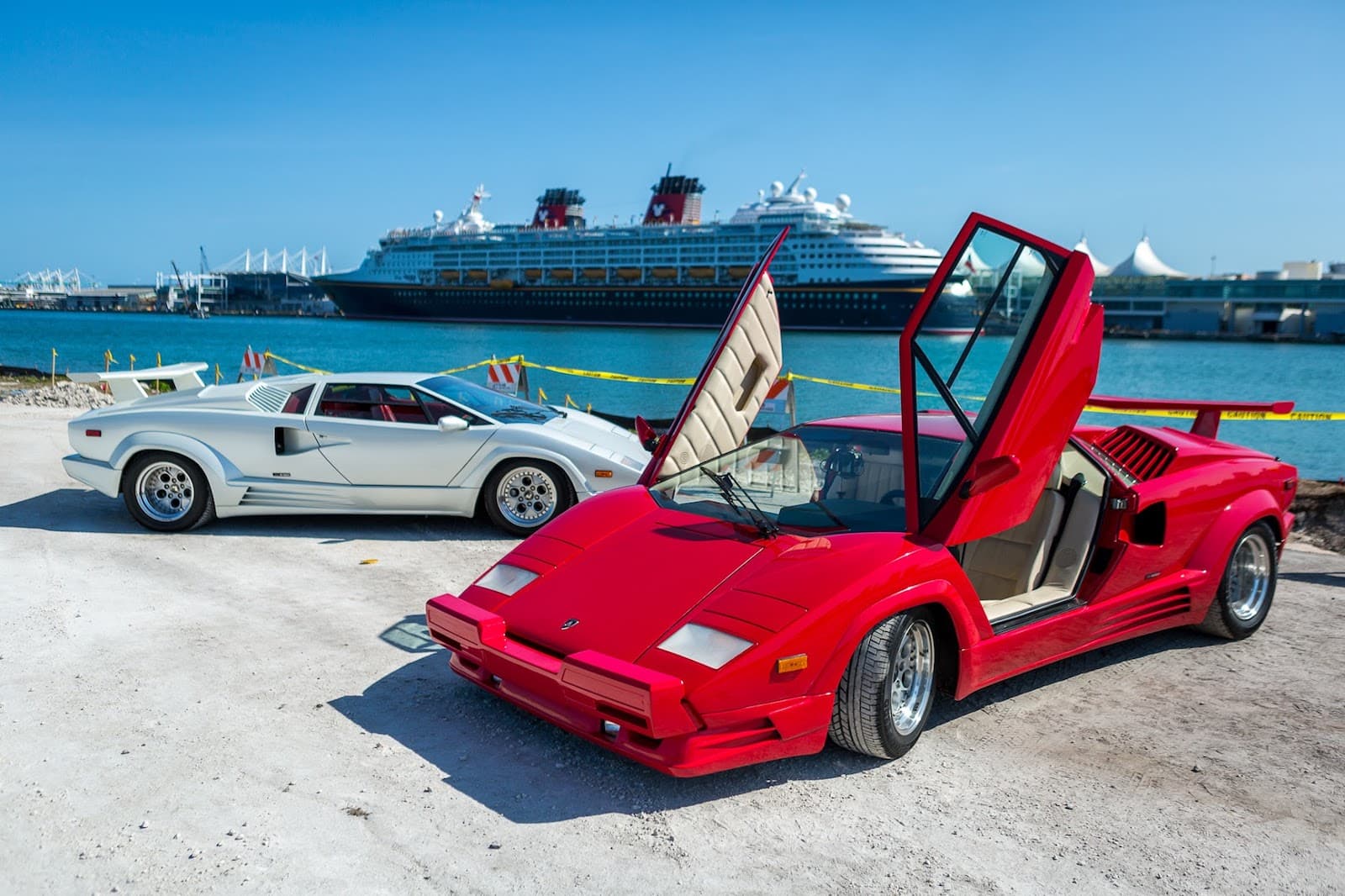 I have spent the past 6 months writing this Blog post, consulting with knowledgeable collectors, dealers and longtime friends about the European Classic Car market. Forget about pandering, my goal was to assess the past 7 years of a market that has completely exploded and in some ways got out of hand.The bullish European Classic Car market has generated enough attention to become the subject of national media including notable financial journals such as Bloomberg, CNBC and Forbes. This market, has spawned an explosion of speculators, classic car auctions and dealers jumping in on the action. Imagine that the value of some cars increased as much as 200%. Who wouldn’t want to cash in?

As early as 2010, some experts deemed the European Classic Car market to be in a “bubble” and claimed it was doomed for collapse. Experts compared the trend to the Ferrari market of the late 1980s and its later demise by 1992. In August of 2014, the Sports Car Market released an article titled “Collector Car Market- The Beginning of the End?” What experts did not expect was that the market would continue to increase, and in some ways reaching its climax between August 2014 at the Monterey Car Week auctions and early 2015. For the past 18 months the market did not implode, it did not burst, it slowed. Everyone involved, nervously waited for the next series of hyped auctions, awaiting the markets fate… Scottsdale 2015, Amelia 2015, Monterey 2015, Scottsdale 2016, Amelia 2016, Paris 2016 and so on. There was no apocalypse, it seemed more like a cleanse.

The bullish market changed the European Collector Car world forever, it brought attention to some of the greatest automobiles ever made and solidified the Collector Car as a true asset class. Argue this however you want, I have met hundreds of enthusiastic collectors who are tired of the unstable equities markets and would rather have their hard earned cash in a tangible asset. Today’s collector is astute, eager to learn and very involved. They are pursuing the cars that were “postered” o n their wall or featured on the cover of Road & Track. Today’s collector is eager to share their passion and sometimes their collection at the myriad of spawning car events, internet forums and even Instagram. (*The Goodwood Festival of Speed has had to cap attendance to 150,000 each year since 2003 and Monterey Car Week has expanded into over 30 events in one week.)

Today’s collector is not buying into the absurd estimates often placed by auction houses in an attempt at continuing the “hype,” rather, they understand the value and are very keen on the condition, quality and provenance of the cars they are buying. Supply and Demand 101. Today, collectors pursue the best, and good cars with good history are hard to come by and often in low supply. As more new Lamborghini’s, Porsche’s and Ferrari’s are sold every year, a demand is created for the cars that inspired the supercars and sports cars today and more collectors enter the market.

The past 18 months have seen a slowdown in the market. We have witnessed first-hand that the Supercars and Sports Cars of the 1980s and 1990s have become the new classic, and unless it’s the best of the best, the classic Icons of the 1960s and 1970s have softened by 15-25%. (Ahem, 15-25% from the height of 2014…) The market is still healthy, and why? End users are buying cars with cash. The market crash of the late 1980s was driven by speculators who were given low interest rate loans on cars that banks knew nothing about. In November of 2000, the Telegraph quoted James Knight, of Bonhams & Brooks auction house, stating that the 1980s explosion happened considering “People were buying these cars in the blind faith that the prices were going to keep jumping in value.” In a time before the internet, Hagerty valuation, speculators were driving up prices funded by bank loans and selling cars between themselves and not end-users. This crash was aided by the Gulf War, the Stock Market Crash of 1987 and the rise of interest rates. There was no objectivity as to what the cars were worth, no platform for documentation and disastrous financial regulation. The past 18 months we have seen hundreds, maybe thousands, of sub-par cars being promoted at auction houses every month. Where sellers refuse to take reasonable offers or bids for cars that aren’t that rare, desirable or even running. 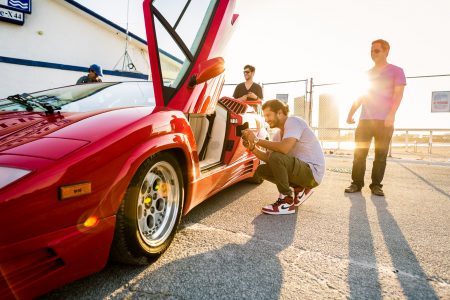 It does not take a rocket scientist to know the difference and value of a 1987 Lamborghini Countach 5000S QV Fuel Injected with 30,000 miles and a 1 owner 1974 Lamborghini LP400 Periscopo Concours restoration. (If you don’t know, you should not be collecting any Pre-Audi Lamborghini models.) At some point the new car franchises that started buying 62,000 mile Porsche 930 Turbo’s for inventory and 19,000 mile Ferrari Testarossa’s asking retail pricing, will have to realize they are destroying the market. Hopefully, the auctions will follow. I commend David Gooding for his selective approach of curating quality cars and being realistic about auction estimates. It is this behavior and acumen that will keep the confidence and enthusiasm of the collector car market healthy for many years.

“Cream rises to the top…” – Joe Sackey, Author and Historian

Cream Rises to the Top

“Cream of the market,” was an early expression using cream in a figurative sense. Cream is considered the more expensive, more valuable of dairy products. So it is commonly used as an expression of meaning the pinnacle or the best of something or someone. John Ray used the phrase in “the cream of the jest,” in his 1678 collection of proverbs, and the French started using “crème de la crème,” at some point in the late 1800s.

For the past two years I have done everything to buy a Ferrari F40 at a decent price for our business. I have made what I thought were reasonable offers, considering mileage and condition. My gut has always told me to be conservative about buying an F40 because at almost 1,300 cars for the world, it is the highest production Ferrari supercar. The demand is incredible. Lets face it, the F40 is the last Ferrari supercar produced under Enzo’s reign, potentially the most iconic Ferrari ever made and probably the most badass car in the world. In addition, I have realized that no one that owns an F40 needs the cash. Today’s collector loves their cars and is in no rush to sell.

The celebration of the Miura 50th Anniversary reminds today’s owners and tomorrow’s collectors what inspired the Aventador and Huracan. At $2-2.5 million, the 1 of 150 and pinnacle of the brands history, the Lamborghini Miura SV will seem like a deal in 5 years. Todays, Porsche 959 Sport examples and the sought after Mclaren F1 will become the Ferrari 250 GTO and Bugatti Atlantic of tomorrow. Markets will always go up and go down, but I believe the past few years of a Bullish European Collector Car market has only made the hobby and passion more stable for future generations to enjoy.