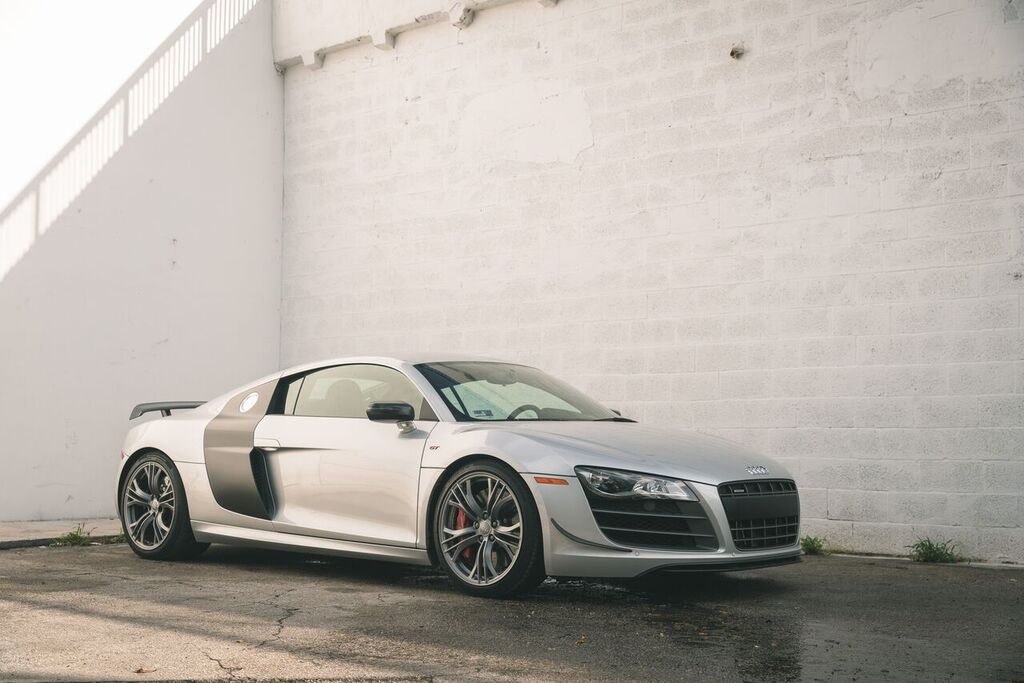 Among the recent acquisitions by Curated is a really cool 2012 Audi R8 GT.

Not your run-of-the-mill Audi, the R8 GT is a limited production car, only ninety produced for the U.S. by the factory at Ingolstadt.  The R8 GT features a 5.2 liter V10 with Fuel Stratified Injection (FSI), technology that Audi developed directly from their all-conquering, multiple 24 Hours of Le Mans, 12 Hours of Sebring and World Championship winning run of fabulous LMP1 (later termed P1) prototypes.

Perhaps unlike any other car company, Audi has put what they’ve learned from racing into their road going cars.  First, in the Group B World Rally Championship of the mid-80s where Audi’s introduction of Quattro drive effectively blew more experienced competition in the form of Lancia and Peugeot off the road to win the Manufactures’ Championship in 1982 and 1984 and drivers championships for Hannu Mikkola in 1983 and Stig Blomqvist in 1984.

Not satisfied with winning the World Rally Championship, Audi set their sights on the American market and entered the SCCA TransAm series in 1988 with the remarkable 200 Quattros entered by Group 44 and driven by American sports car legend Hurley Haywood, German Formula One and sports car ace Hans Stuck and long-time Audi pilot Walter Rohl.

The Audi 200 Quattaro sedans were entered against big-bore American cars such as Cheverolet Corvette and Camaro, Oldsmobile Cutlass and Merkur XR4Ti.  The strategy was easy really, allow the heavy American cars to take a lead and they’d inevitably burn their tires out, the Audis would then pounce with their sure footed all-wheel drive Quattro system leaving the far more powerful cars in their mirrors.

The Group 44 Audi Quattros dominated the TransAm season to such an extent that the SCCA banned them for 1989.  Audi then took their show over to the IMSA GTO category with the Group 44 team intact with Haywood, Stuck and Rohl joined by Scott Goodyear where they scored seven wins but having not taken part in the long-distance races at Daytona and Sebring, narrowly lost out in the season long championship.

Fast forwarding to 1999, the Automobile Club d’Oest (ACO) created the Le Mans Prototype-1 (LMP1) category which received huge notice mainly from German manufactures BMW and Audi which brought in the LMR V12 and R8R respectively and sold the licensing rights in the United States to Dr. Donald Panoz who created the American Le Mans Series (ALMS).

BMW pretty much dominated the 1999 season with the LMR V12 winning a thrilling race at Sebring with Tom Kristensen, J.J. Lehto and Jorg Muller and the sister car winning at Le Mans with Pierluigi Martini, Yannick Dalmas and Joachim Winkelhock.  Further down the order however, Audi’s R8R entries were nipping at the heels of the BMWs most often finishing third and fourth at the major races.  At the end of 1999, BMW announced their intent to go off Formula One as an engine manufacturer in 2002, development stopped on the LMR V12 and Audi stepped up its game.

In 2000, Audi brought the heavily revised R8 to the deal and signed Tom Kristensen as a driver to the team.  The R8 featured improved suspension geometry, more sculpted side pods, a car so well thought out that it took the team two minutes to swap out the gearbox during races.  In the R8, Audi had produced the perfect weapon to win the world’s major endurance races

As amazing as the R8s were outwardly, under the bonnet was the heart of a pure bred racing motor, a 3.6 liter V8 outfitted with, Fuel-Stratified Injection (FSI) which is a variation on the concept of gasoline direct injection which maximizes both power and fuel economy at the same time.

The ground breaking R8 project came to an end in 2005, replaced by the R10 TDI Diesel powered V12s which went on to be the first diesel powered cars to win major endurance races at Sebring and Le Mans in 2006.

But, the technology and lessons learned from the racing R8s found their way down to Audi’s road going cars, most notably, the fantastic road going R8s which started production in 2006.  The road going R8s were based on the Lamborghini Gallardo which features an aluminium monocoque which is built using space frame technology and described by expert drivers as the best handling car on the road.  The Audi R8 is the most powerful Audi production model ever — sharing nearly 50% of its DNA with the R8 LMS GT3 racecar.

The differences between the R8 GT model and more base models besides reducing weight by over 200lbs, the R tronic manual is a standard feature, cockpit adjustable sport setting dampers, conventional coil-overs which may be lowered 0.4 inch, light weight seats, fiberglass reinforced plastic shells.  It’s all about weight savings.

In 2010, Audi decided to build a limited run of R8 GTs, 333 cars world-wide, thirty-five for the U.K., ninety for the U.S. featuring a 5.2 liter V10 FSI engine which produces 560BPH.  Weight was further reduced by over 200 pounds, use of carbon fiber treatments throughout assist in getting the car comfortably to 199MPH.

Further enhancements included red brake calipers, fixed rear carbon fiber wing, front mounted winglets and GT badges.  The car just looks like something special, even with Audi’s somewhat subdued supercar styling, the real business begins when the engine turns over and it produces a low growl which is violent on request.

This R8 GT V10 FSI Quattro comes in traditional Audi racing colors, silver over black, with 5,600 miles and in pristine original condition must be driven to be appreciated.  To see the outstanding Audi R8 GT, visit the Curated showroom in Miami or online at wearecurated.com. 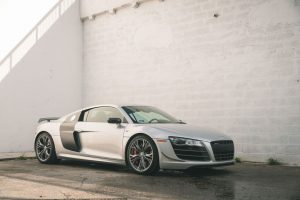 At 600hp, the Diablo SE30 JOTA remains the most powerful Diablo variant ever produced. I vividly remember the buzz in ma...

15 Most Undervalued Supercars   1. Lamborghini Countach Pre-1988 However you want to argue it, the Countach is the...

We are in the midst of a generation defining moment. Fear is striking our families, companies and worldwide equity mark...

Don’t Believe the Hype. This article is guaranteed to make me a target. I will lose some friends and probably piss...