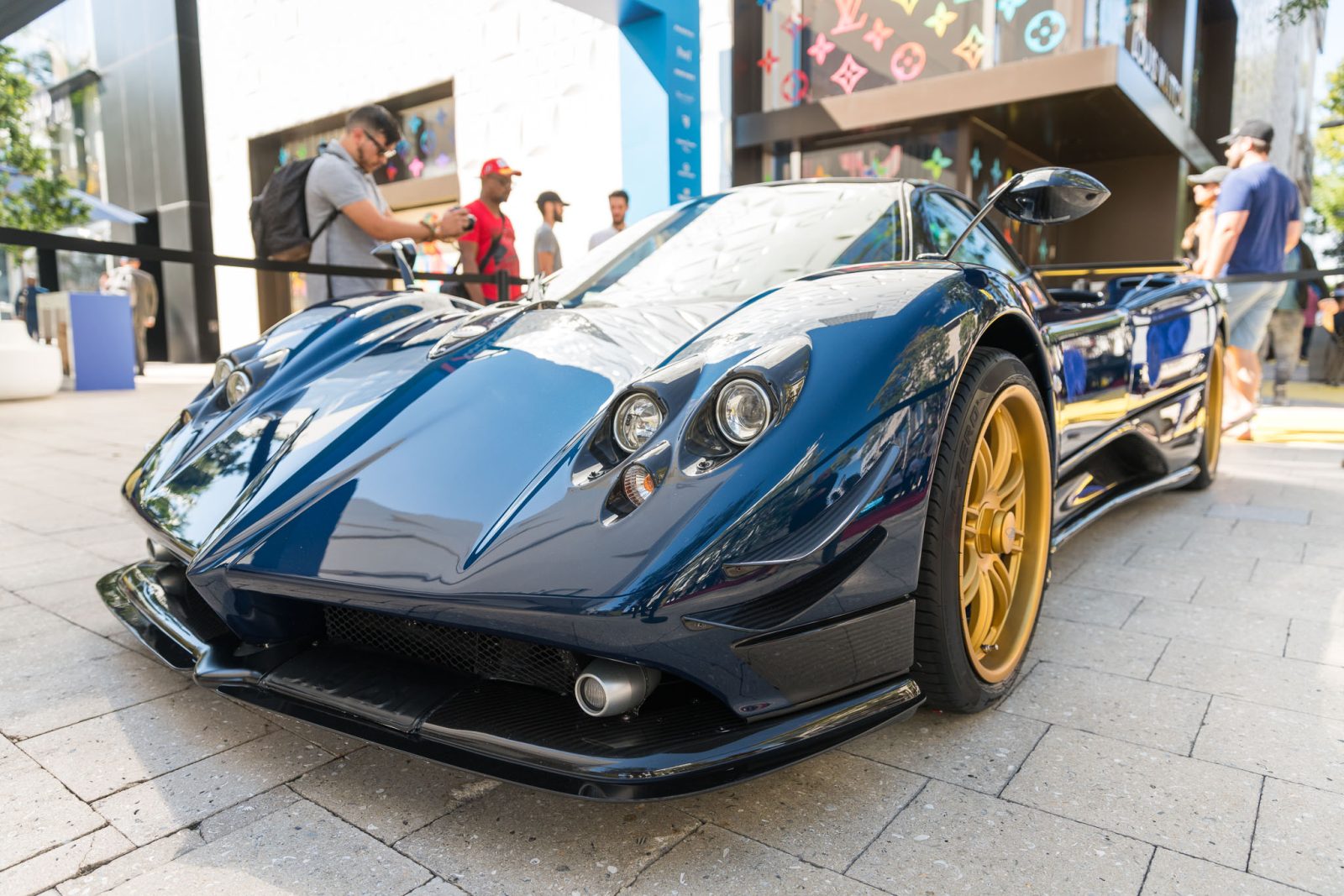 Text and Images by Barton Workman

The Miami Concours featured close to 70 Concours cars, displayed on 39th and 41st Streets of the Miami Design District, hand selected and presented on red carpet.  The cars were joined by incredible sponsor activations from Palm Court through the heart of Paseo Ponti and on to Paradise Plaza perfectly lined up in front of the Miami Design District’s ultra-posh shops, boutiques, galleries, design studios, cafes and restaurants.

Events began on Friday evening with a VIP Reception in the beautiful Palm Court hosted by Chopard.  Palm Court, the focal point for the Miami Design District and is the palm tree dotted, pedestrian plaza, which features significant architecture by Sou Fujimoto and Aranda/Lasch along with public art installations by Konstantin Grcic, Matthew Richie and Xavier Veilhan.

Car collectors and VIPs were joined by Jim Glickenhaus with the Scuderia Cameron Glickenhaus SCG 003 CS, treated to lite fare and cocktails from Mr. C Hotels Group, part of the Cipriani brand, and Carbonadi Vodka.  It was a perfect evening, under a clear moonlit (if not a bit warm) night to reunite with old friends and make new acquaintances all anticipating what was to come over the weekend.

Saturday was set aside for “Watches & Wonders” activities which saw twenty-nine watch brands take part in the various symposiums, demonstrations and introductions of the 2019 watch lines, the largest event of its kind outside of Switzerland.

A few early arriving cars were stored in the amazing Museum Garage within the Design District.  With anticipation growing for Sunday’s events, Miami Concours VIP guests and judges were treated to a Saturday evening concert by the Miami Symphony in Palm Court which was a lengthy performance worthy of the largest and most important venues.

Preparations for Sunday’s big event began soon after midnight as crews started laying enough red carpet to cover virtually all of 39th and 41stStreets.  It was an amazing sight even before sunrise and a testament to the Miami Concours crew who did an incredible job of having the carpet set for the early arriving cars which began loading in at 6:00AM.

The cars looked right at home lined up on the red carpet in front of the eclectic architectural styles of each building in the Miami Design District with tree lined, cobbled streets lending to an old-world ambience.  The landmark display was unlike anything ever presented on such a scale.  Spectators and participants alike were hugely impressed on seeing the presentation of cars on the red carpet, the spectacular sight stretching across two major thoroughfare streets.

Likewise, Palm Court and Paradise Plaza were filled with modern and collectible racing Ferraris, Porsches and Hypercars alongside many sponsor activations.

This year, the Miami Concours added the element of a properly judged concours featuring thirteen classes of participating cars.  Dr. Mark Moskowitz of Gastonia, North Carolina served as Chief Judge and he assembled a world class team of distinguished judges including none other than American Ferrari legend Luigi Chinetti, Jr.  Judging of the thirteen different categories got underway promptly at 9:00AM when the final cars were in position for inspection.

“Our judging team included those who have spent a lifetime studying, restoring and/or collecting the great post war exotics, famous racecar drivers and accomplished automotive journalists” Dr. Moskowitz states. “The head of the second largest collector car organization in the U.S. and a member of the United States first family of Ferrari were among our group of esteemed judges in Miami”.

“A stunning class of the world’s most noteworthy Hypercars and some of the great classic postwar sports cars representing the zenith of automotive design and engineering in their day” Moskowitz enthused.  “This group included the BMW 507, the E-Type Jaguars, the Mercedes 300 SL, the Porsche 356 Speedster as well as our Best of Show winner and runner up!”

From the Best of Class award categories, the stunning blue Pininfarina designed 1949 Alfa Romeo 6C 2500 SS of Miami’s own Leo Schigiel emerged as the Best of Show.  The equally impressive (and sixty-four years younger) 2013 Bugatti Veyron 16.4 GS Vitesse from MKV Cars, LLC of Wellington, Florida placed in the runner up position.

The 2019 version of the Miami Concours Presented by Chopard easily surpassed attendance from last year.  The awesome Miami weather cooperated with sunny and mostly warm temperatures in the mid-80s and cloudless skies throughout, very welcome especially by those whom made the journey down from up north!

The Miami Design District was a mob scene with car enthusiasts and watch collectors from all over the world, a truly international audience of spectators and participants which took advantage of all the many great activities the venue has to offer.

“From watch connoisseurs and car fanatics to locals and first-time visitors, we welcomed more people than ever before to the Miami Design District this weekend for the return of ‘Watches and Wonders,’ said Craig Robins CEO of Dacra Development and developer of the Miami Design District.  “Foot traffic nearly doubled from last year, a sign of a remarkably successful event which could not have been possible without our partners the FHH, Miami Concours and the Miami Yacht Show. As ‘Watches and Wonders’ and Miami Concours continue to grow, we can’t wait to see what next year’s edition will bring to the vibrant city of Miami!”

From every point of view, the second annual Miami Concours Presented by Chopard was a major hit.  The perfect venue at the Miami Design District, the perfect Miami weather, the perfect display of incredible collectible and exotic automobiles.  The perfect mix of the stunning array of cars with “Watches & Wonders” along with world class shopping, world class dining, world class entertainment makes the event one of the new must-do automotive events on the U.S. east coast. 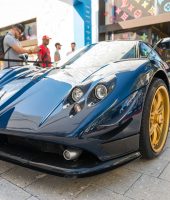