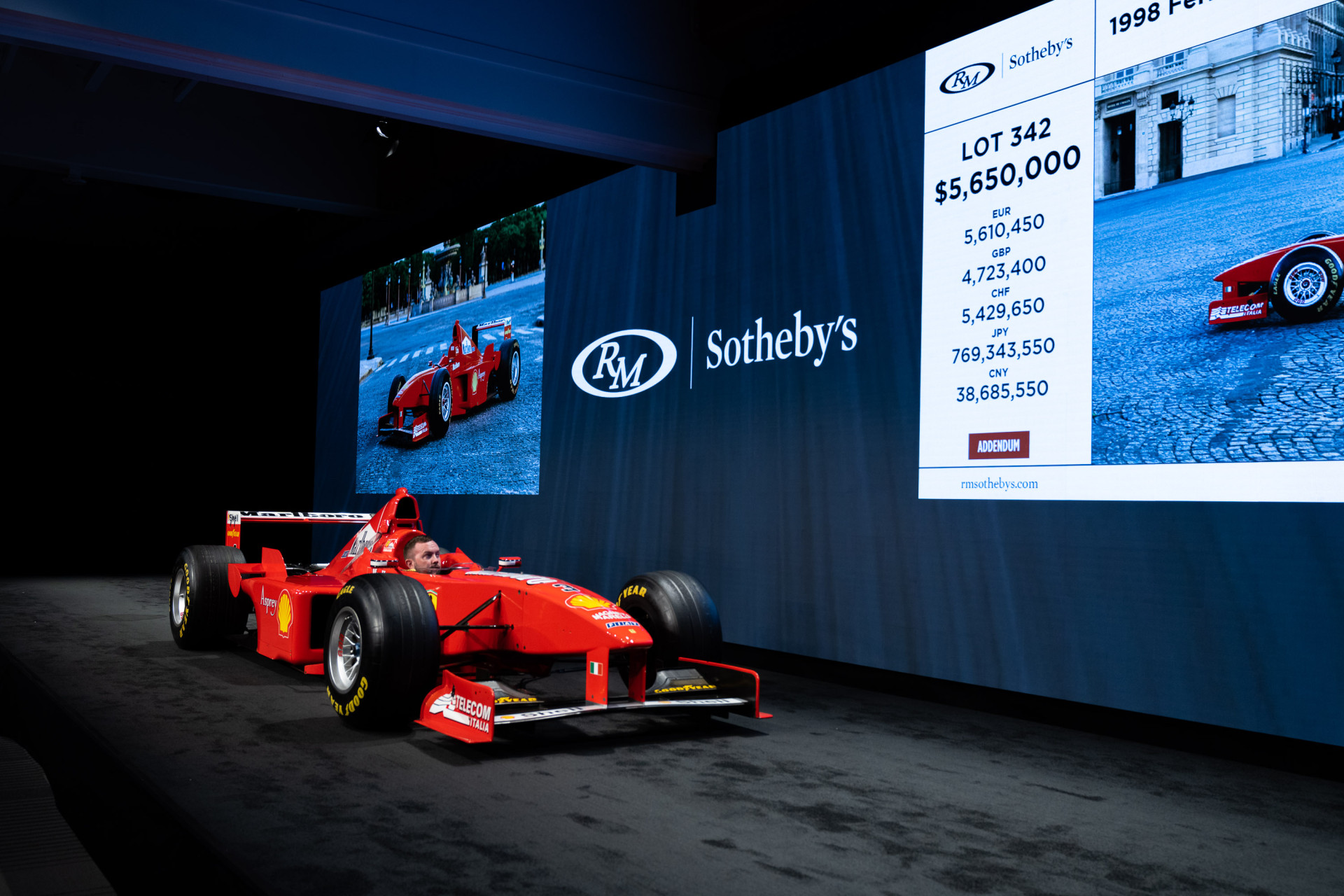 When we first launched Curated in 2016, many collectors, classic car dealers and enthusiasts did not understand or embrace our concept of selling 1980s and 1990s era cars as Blue Chip classics. The market did not cherish cars such as the Lamborghini Countach, RUF Yellowbird or the AMG Hammer. I grew up in and around this generation of iconic Supercars; I could not understand why the general mass of automotive experts did not regard these cars as special. In my opinion, the Countach specifically changed the automotive world, and forever influenced a generation of designers, manufacturers, and future collectors.

Over the last six years, we have focused our entire business around this generation of Supercars, trying our best to educate, explain and share this unique generation of hand-built – yet misunderstood -1980s and 1990s icons.

Today, these cars sell to knowledgeable, discerning and passionate collectors. Clients alike, from their early 30s to just under 80 years of age, have emerged over the last few years, interested and intrigued.

The majority of the buyers were inspired by a poster, movie or magazine review. Many used these “symbols of success” as motivation. This aspirational group of young men and women who were reading the duPont Registry with Vanilla Ice’s Gemballa on the cover never forgot about the Testarossa poster on their bedroom wall, and now has the means to acquire.

I believe that the results from this year’s Monterey Car Week mark the shifting of the guard.

The Next Generation is here.

While the world is seemingly in a recession, a group of young and enthusiastic collectors continue to chase their dream cars. Monterey Car Week was kicked off by the new Hagerty backed auction house, Broad Arrow Group.

While inflation is at a 40 year high, YTD Nasdaq is down 21%, Bitcoin is off by 56% and even Patek and Rolex watches have slid from their pandemic highs by 10-20%. Astonishingly, collector cars are selling, and selling for world record prices.

On Thursday night at the Monterey Jet Center, a new world record was achieved for a high mileage Ferrari F40 at just under $2 million; run of the mill Rosso USA Fuel Injected Countach 25th Anniversary for $555,000; Ferrari F50 at $5,157,000; and a Ferrari 550 Maranello for $324,000. Although I was not personally sitting in the room, it was noticeable that the 80s, 90s and modern collectible Supercars were breaking records, while anything from the 1950s and 1960s seemed to struggle to sell.

On Friday night, I headed to RM Sotheby’s to bid on a 1984 Lamborghini Countach 5000S. A nice foundation, in need of some minor love and servicing a desirable Bianco on Bianco with just over 5,000 kms. Considering that the 5000S example was not the most desired by connoisseurs and the car needed some tidying, I assumed it would sell between $600,000-700,000 compared to recent auction results. While the bidding started slow, it rocketed past $550,000 and bids came in like rapid-fire. The final result of $1,061,000 would mark a new world record for 5000S Countach at auction. The energy in the room was remarkable, I had goosebumps witnessing this automotive icon sell for $1 million including fees. Meanwhile, a fantastic 1990 Ferrari F40 USA example was making its way on stage. Described by colleagues sitting in the room, machine gun-like bids from both phone and the audience were received for the well documented and rare, 1,800 F40 specimen. A realized price just under $4 million including fees.

Just before Monterey Car Week, Curated was honored to be part of two historic Pre-Merger AMG transactions. The incredibly rare and iconic AMG Hammer examples, once traded between $50,000 and $85,000.  In the past few years these gems have been chased by the world’s greatest collectors. Recent sales include an original Westmont AMG Hammer 6.0 Coupe for $761,800 and the recent sale from Curated of an AMG Hammer Widebody 6.0 Coupe that will close over $800,000.

While it seems shocking, it would be hard to argue that any stock equities, real estate, watches or crypto currency could have shown growth as consistent and as great as an AMG Hammer or RUF Yellowbird example. Both incredibly rare unicorns that made a massive impact on the cover of 1980s automotive magazines and future manufacturers.

Now you may ask, who is buying all these cars?

Generational Shift: We are witnessing the most historical generational shift in the automotive industry ever. Collectors who grew up with a Countach poster on their wall or remember playing a video game featuring a Ferrari F50. This generation was inspired by the 1980s and 1990s Supercars that changed the automotive world. Production top speed records, automotive media, video games, movies, television, production cars inspired by race cars, race cars inspired by production cars. From the Miami Vice first season to the world record-breaking McLaren F1, these moments influenced thousands of enthusiasts and car collectors forever. Creating a massive generation who dreamed, hoped and aspired to one day own these icons. Many of our clients today contribute a good portion of their entrepreneurship and success to dreaming about the cars they read, watched and played with in their younger years.

Usability: Due to the increase and growth of worldwide automotive events, there is a generation who want to use, enjoy and drive their collector cars. While shockingly beautiful, many 1950s and 1960s cars are not the most pleasant to drive. They do not have any power assisted steering, most do not have AC and lack any but all creature comforts. I strongly advise collectors to buy a 512TR over a Testarossa, simply because it is a more usable and an easier car to drive. The experience is important for the next generation of collectors, and the 1980s + automobiles do almost everything right.

Asset Class: The introduction of online auctions including but not limited to “Bring a Trailer,” has done an incredible job at showing the masses that good collector cars are liquid. During the 2020 Pandemic, thousands of enthusiasts and collectors went online and purchased cars. Social media and the internet have grown interest, spread knowledge and created conversation about values of collector cars. The public generally accepts today that a true collector car is a real alternative asset. Further supported by years of strong historical data from public auctions, family offices, the financial world and the most critical advisors cannot ignore the incredible return and stability of classic automobiles.

Shift of Money: While I hate to talk about death, the world is on the precipice of the largest shift of generational wealth, ever. Massive fortunes in both the US and Europe will be inherited by a younger generation. This demographic of new wealth in their 40s and 50s cannot be ignored;It’s estimated that Americans are expected to inherit $73 trillion over the next quarter century– more than twice as much as a decade ago.

Passion: When the world seemed to crumble in March of 2020, I spoke with many collectors who just wanted to get in their car and drive. I was flooded with phone calls from clients wanting to learn, wanting to further their education about factory Lamborghini Diablo colors and production numbers of USA Ferrari F40s. Today’s buyer is more passionate than ever. They will pay a premium for a unique color, model, specification and history. They demand good provenance and know the real value. This passion is hard to duplicate in any other asset class.

While I do not have a crystal ball, and it seems like the general outlook on the global economy worsens, I am very optimistic about the future of the automobile. As the world now praises the Lamborghini Countach, Ferrari F50, Bugatti EB110GT, AMG Hammer and RUF Yellowbird, I have to say thank you to everyone who believed in our vision from the beginning. More importantly, thank you to all of the visionaries who created this generation of Supercars that would inspire today’s engineers and designers from Pagani, Koenigsegg, Lamborghini and Bugatti.

I believe as manufacturers are forced to produce more Hybrid-based, less engaging, less analog Supercars, the world’s demand and passion will only increase for the last generations of these automobiles. The last manual transmission Lamborghinis, the last normally aspirated Ferraris, the final V8s from AMG,and so on. While there are a few glimpses of hope from brands like Gordan Murray, Singer and RUF, we have to wonder if this is the end as we know it…. if cars like the SLR, Carrera GT, Bugatti Veyron and Spyker, were the last of the greats. Time can only tell. 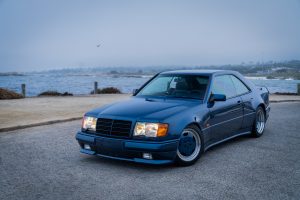