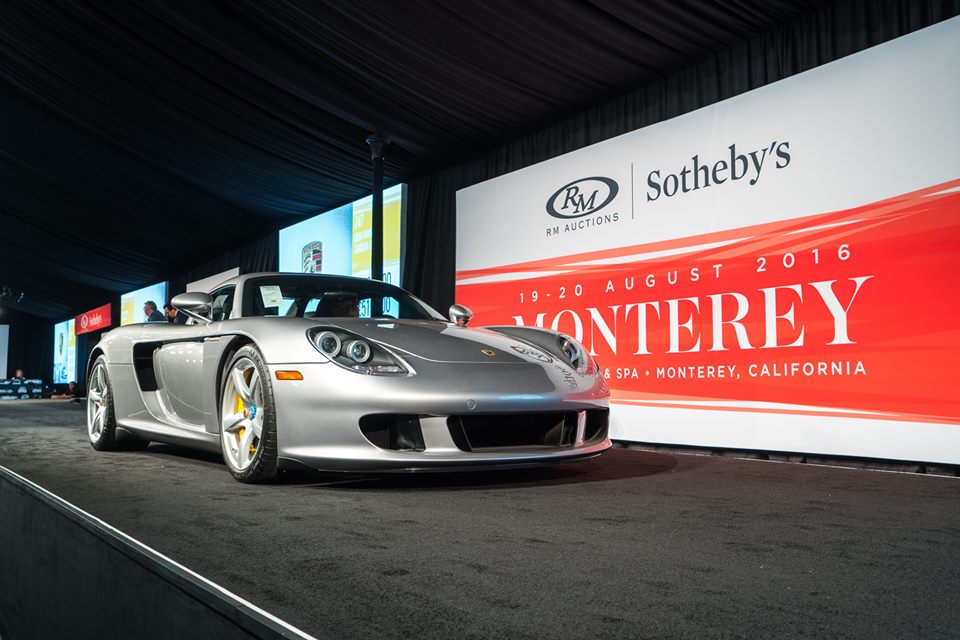 I can barely feel my feet, I am completely exhausted and may be fighting a cold but I felt compelled to write something about my most recent trip! Every August, collectors, dealers and enthusiasts make a religious pilgrimage to the mecca of the automobile world, the Monterey Car Weekend. A week of social automobile events that include arguably the three largest car auctions in the world and without a doubt the most prestigious car shows. Aside from incredible networking, surreal car-spotting, and cocktail parties hosted by every luxury brand attempting to pitch their new special edition, Monterey sets the tone and pricing for the collector car market.

As most know, the collector car market exploded between 2012-2014. Many critics argued it was a bubble waiting to burst! Good luck trying to prove that theory now, 4 years later and we have witnessed the market essentially plateau and in some cases, continue to explode.

This August, I witnessed something incredibly remarkable. Not sure if the final results have been released from the BIG THREE, RM Sotheby’s, Gooding & Co and Bonhams, but witnessing them in person and following almost every transaction I would argue that RM and Gooding & Co auctions had a sale through rate of almost 85-90%. While I don’t know the history of every single car consigned to the auctions, I know of 5-6 examples that did not sell most likely because they were cars that had been on the market for 1-2 years or had been openly available on the market.

Majority of the cars sold for an amount just above the low estimate but many cars sold for record breaking prices. I watched a 1995 Ferrari 512M break above its High Estimate at RM for $401,000, a 1961 Jaguar E-Type Coupe demand a world record price of $720,000 and numerous blue chip Porsche examples at Bonhams set new highs.

Not sure what was in the water, or how heavy the alcohol was poured, but the energy at both Gooding and RM was wild. Collectors seeking, searching and spending money on their dream cars. There was no artificial inflation, no smoke and mirrors, this is the real deal. Today and tomorrows markets are filled with astute collectors, who know what they want. They demand quality and know when something has been recycled too many times on online classifieds.

I say this specifically because of 5-6 Lamborghini examples that did not meet their reserve or sell this past weekend. All of these cars had been on the market for 6 months to over 2 years and a few examples had been run at 2-3 previous auctions. Sellers are either un-realistic about their pricing or in some cases chose the wrong firm to sell their car. This was further supported by Saturday afternoons sale at MECUM.

MECUM has become one of the premier players in the auction business, they sell a lot of cars ranging from 1930s Duesenbergs to 2015 Ferrari LaFerrari examples. Traditionally, MECUM has not specialized in European exotics, curating cars or even reflecting realistic estimates. The guys from MECUM run a good show, have had huge success in Kississimme and historically represented strong sales for the Michael Fux collection but they aren’t the platform to sell anything and everything. MECUM consigned hoards of Supercars/Hypercars including 4 Bugatti Veyron examples, Lamborghini Reventon, Mclaren P1 and few LaFerrari examples. Majority of these cars did not sell, but they were also cars that were available as per duPont Registry and all over the open market for some time.

Yes, MECUM has become a force to be reckoned with, Yes, they sold some great big dollar cars, but it doesn’t mean they can sell everything and a cure-all for un-realistic pricing. I have had my differences with RM and have yet to deal with Gooding or Bonhams but my hat is off to these firms. RM, Gooding and Bonhams represented some great cars and got strong money.

In Conclusion, I believe the impulse and speculation days of 2013/2014 are gone. Collectors know what they want, and when they want it, they are willing to pay. All this being said, the final “realized” number paid to the seller, after both buyers and sellers fees is over 20% off the published sales price. If you are looking to sell your Vintage Supercar or Lamborghini, call me, I’ll pay more!