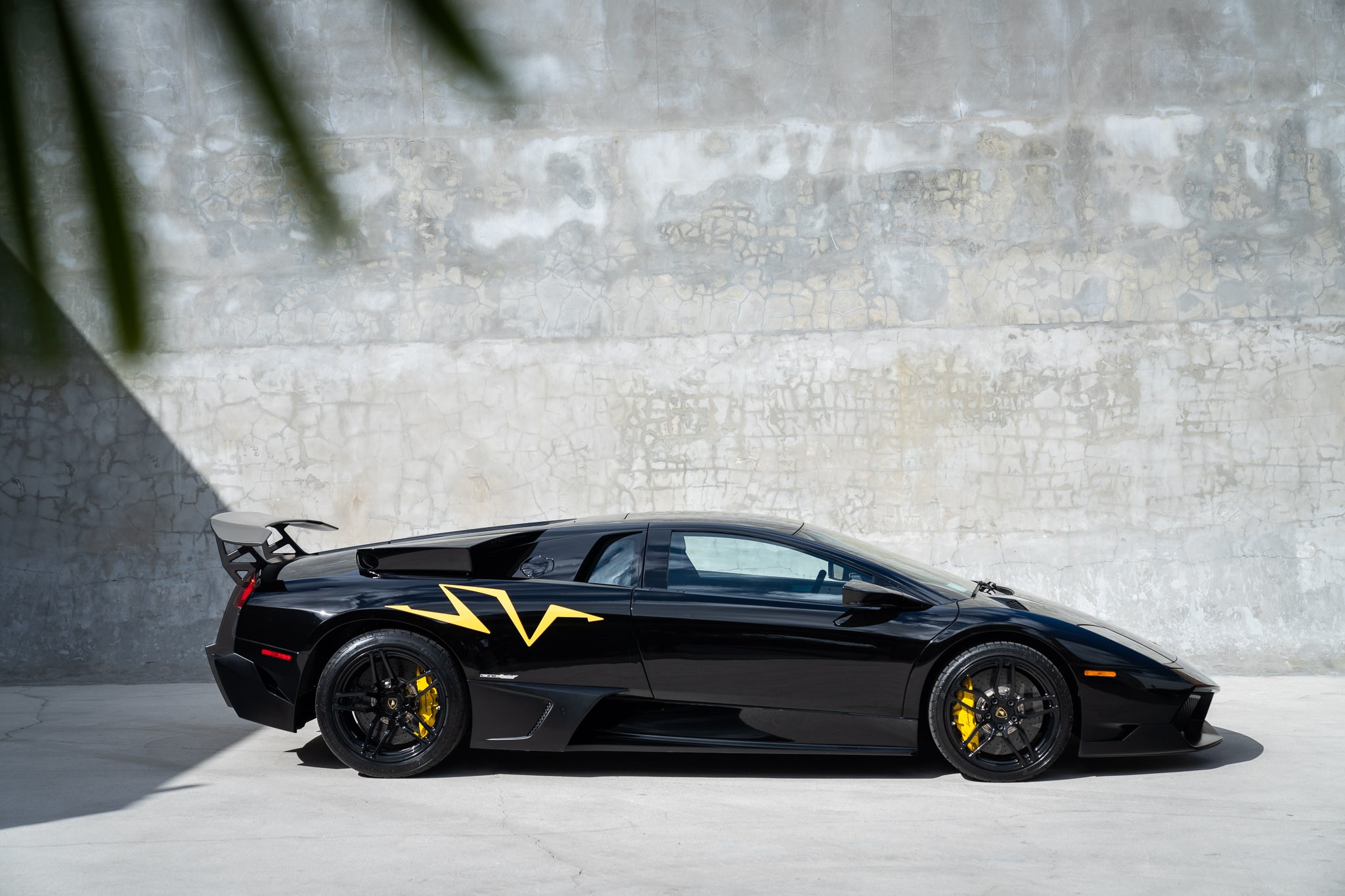 The Lamborghini Murciélago LP670 SV. If you took the time to review the above information on the performance of the car, there’s not much more that may be added. Even with all of the incredible performance and styling, the car is simply magnificent. A road going rocket with comfortable seating and luxurious interior featuring generous carbon fiber accents.

The Murciélago SV features a snarling 6.5 liter V12 which produces 661BHP, all of the aero, braking, and racing derived electronic and suspension tricks, this car is not for the faint-hearted with acceleration from 0 to 62MPH in 3.2 seconds and a top speed of 213MPH.

Then we get into just how rare these items are, especially with this color combination. One of four in this color for the entire Continent of North America. Rare, hand-made, unmatched performance, etc. this Murciélago LP670 SV ticks all the boxes for collectors and enthusiasts alike.

This 2010 Lamborghini Murciélago LP670 SV (#3832) is one of just four Nero examples built for North America and includes factory options such as yellow calipers, large SV wing and yellow accents throughout including interior stitching. The car has all original paint, never touched, bone stock in original concours condition and only 610 miles on the odometer.

This car is a one-owner, local example and believed to be the lowest mileage Murciélago SV example in North America. The car has always been serviced at the Lamborghini Miami dealership and is complete with books, tools and records.