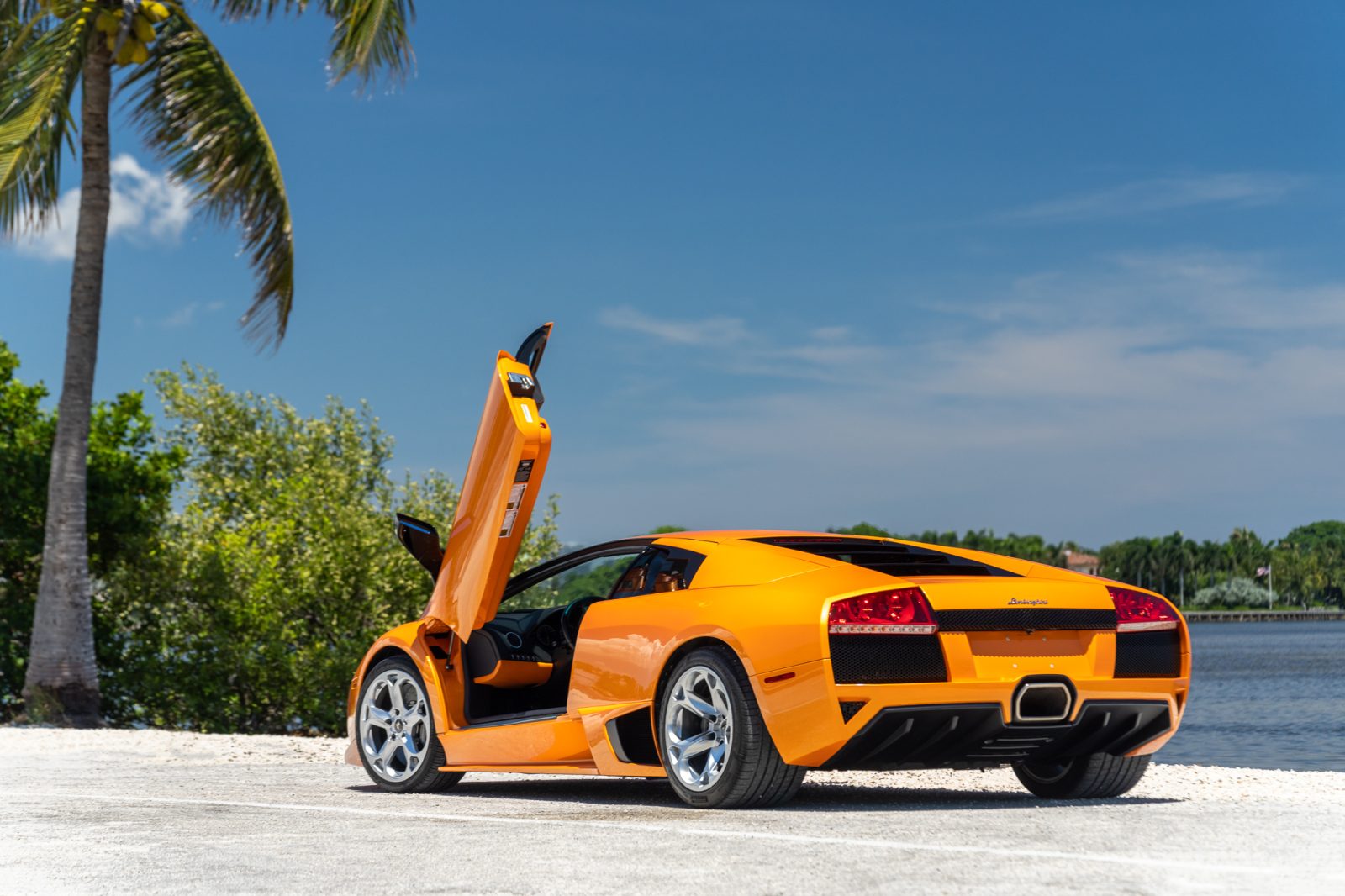 The fabulous Murcielago made its public debut at the 2001 Frankfurt Motor Show with the first examples coming to America in 2002.  The low slung V12 flagship Lamborghini featured an all wheel drive layout and more creature comforts than predecessor Diablo but keeping Lamborghini’s famous scissor doors which became the company’s most recognizable signature design touch.

Lamborghini produced a dozen iterations of the Murcielago including Roadsters, R-GTs, LP640s on up to the Reventon Roadster.  For our purposes, we will concentrate on the Murcielago LP640 Coupe which made its debut at the 2006 Geneva Motor Show.

Improvements Under the Bonnet.

The LP-640 version features improvements in design and mechanicals throughout.  The designation LP-640 is reference to the car’s engine position, “Longitudinale Posteriore” (Rear Longitudinal) and the horse power output, 640BHP.

Lamborghini engineers further refined the Murcielago LP640 by revising the engine, suspension, gearbox, exhaust system, brakes and electronics along with exterior and interior design, creating a more aggressive stance thanks to the integrated front and rear bumpers blended with the new exhaust system terminal and diffuser under the bumper creating a smoother overall design front to rear aiding aerodynamic efficiency.

The LP640 engine was perhaps the largest leap forward for the car as Lamborghini made modifications including increase in the bore and longer stroke increasing the displacement to 6.5 liters and additional horsepower to an impressive 640BHP at

and Lamborghini centered a lot of attention on the braking aspect of the LP-640.  The car features a dual hydraulic circuit brake system with a vacuum brake booster.  Further, the control circuit of the four-channel anti-lock system (ABS) with electronic brake control (DRP) and traction control (TCS) with the system consisting of an electro-hydraulic control unit and four speed sensors.

The seats and cockpit also received changes, a more spacious cockpit equipped with redesigned seats with revised headrests the seats are more comfortable.  The leather upholstery has lozenge-shaped stitching called Q-citura.  The design is consistent throughout the cockpit with the upholstery on the door panels, console and the roof panel.

The instrument cluster was redesigned featuring a new graphic design with a new Kenwood car radio and 6.5” windscreen monitor with DVD, MP3 and WMA player with an optional navigation system also available.

This Lamborghini Murcielago LP-640 Coupe (#3305) is believed to be the only manual transmission 2009 LP640 Coupe delivered to North America.  It features the standard factory carbon ceramic brakes with optional bi-color leather interior, is complete with books, tools and showing 13,057 miles.

One of less than 44 manual LP640s believed to be produced for North America and one of a handful of examples in collector quality condition.  This exceptional car appears to have all original paint work and in unique specification, ordered with two factory options including two-tone interior trim with contrasting seat inserts. 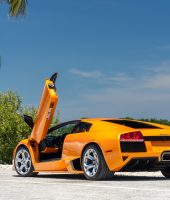 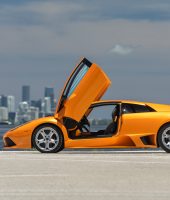 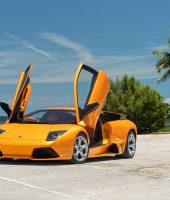 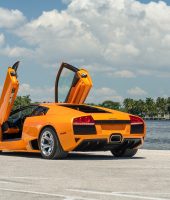 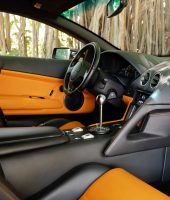 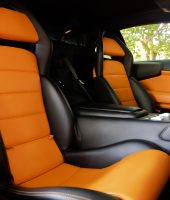 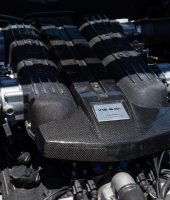 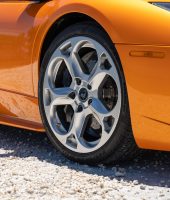 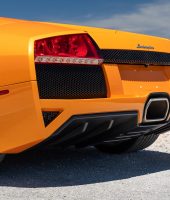