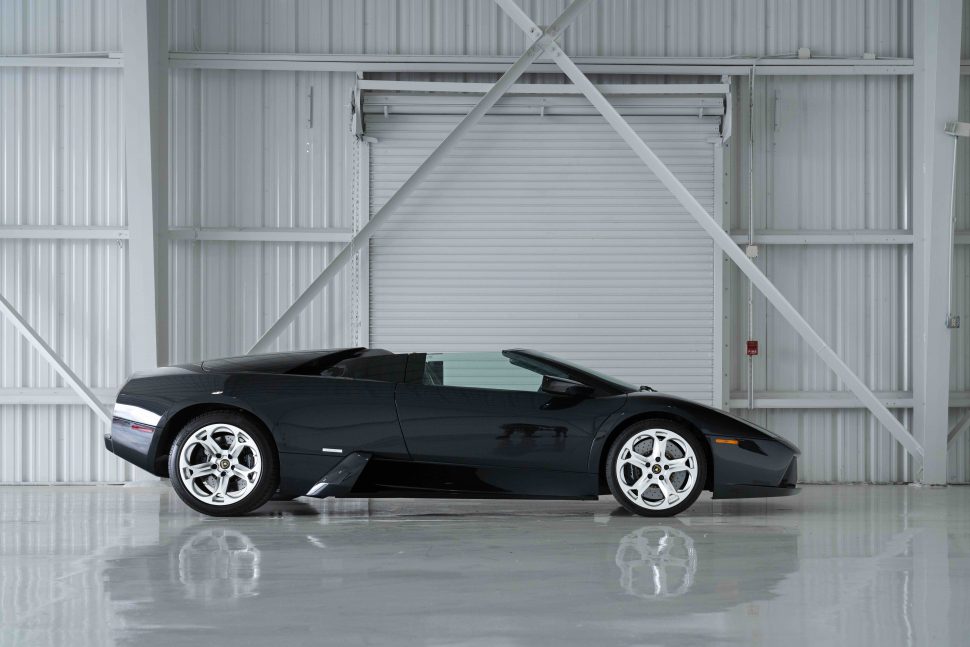 The dramatic Lamborghini Murciélago was introduced as the successor to the enormously successful Diablo as the company flagship V12 model in 2001 and becoming available to the North American market in 2002.

The Murciélago was the first model introduced under the corporate ownership of parent company Audi AG (Volkswagen Group) and was designed by Luc Donckerwolke whom also penned final SE versions of the Diablo and serviced as Lamborghini’s chief designer from 1998 to 2005.

Production of the Murciélago ran until 2010 and featured the LP640 coupe and roadster, limited edition LP650-4 Roadster and the LP-670-4 SuperVeloce with 4,099 examples built in total until being replaced by the Aventador.

Murciélago was a continuation of the Lamborghini tradition of naming their cars after famous fighting bulls, Murciélago in particular was a bull which survived 24 sword strokes in a fight against Rafael “El Lagartijo” Molina Sanchez in 1879. The matador chose the spare of the life of Murciélago and thus began the famous line of Miura fighting bulls.

While Lamborghini may trace it’s V12 roots to the company’s very beginnings, the engines themselves have evolved with modern technology as in the case with the Murciélago’s high tech V12 fuel injected engine integrated with the differential with the “Vicscous Traction” (VT) system which transmits 70% of its power to the rear wheels and 30% to the front wheels through a six-speed manual transmission.

The active aspects of the Murciélago feature an integrated rear wing and air intakes atop the rear wheels which are electromechanically controlled and deploy automatically in order to aide cooling to the massive engine and keep the car stable at high speeds. The dramatic air intakes lift from the rest of the body creating a huge air intake effectively aiding cooling and adding an aero foil to the car with a bit more drag.

The interior is a simple layout, nothing too over the top but a very modern update from the Diablo with a comfortable design which envelopes driver and passenger in full leather comfort in a very simple and clean look with all of the major controls and gated shift lever is integrated into the central console.

Introduced in 2004, the roadster variant of the Murciélago was designed to be an open top car but has a manually attached canvas top which conveniently folds up and fits into a leather bag that goes into the front compartment. Designer Luc Donckerwolfke used elements of the B2 stealth bomber, Wally 118 power yacht and architect Santiago Calatrava’s Ciutat de les Arts I Les Ciencies in Valencia, Spain as his inspiration for the redesigned rear pillars and engine cover.

The Roadster weighs 65lbs more than the Coupe minus the roof factoring in the chassis reinforcing elements. While the Roadster is a tick less fast than the Coupe from a standing start, they both attain the same top speed of 205MPH.

This 2005 Lamborghini Murciélago Roadster is a very rare example with a 6- speed manual transmission. Done in Nero Pegaso (Metallic Black) with Bi-Sportive Nero Perseus (Black) and Avorio Lilium Leather Interior. with only 3,097 miles and in showroom condition.

Exceedingly rare and believed to be 1 of less than 35 manual Murcielago LP580-4 Roadsters for North America. There is not another 6-Speed Manual 2005 Murciélago Roadster like this anywhere with options including black brake calipers and carbon fiber engine brace.

The car is fully serviced having a $40,000 major service done in 2017 by an authorized Lamborghini dealer with additional servicing carried out in 2020 and again in 2022. 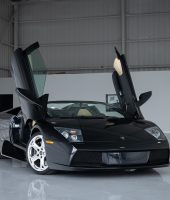 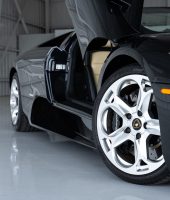 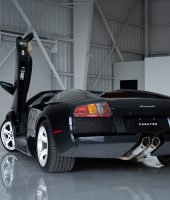 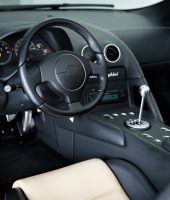 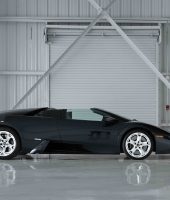