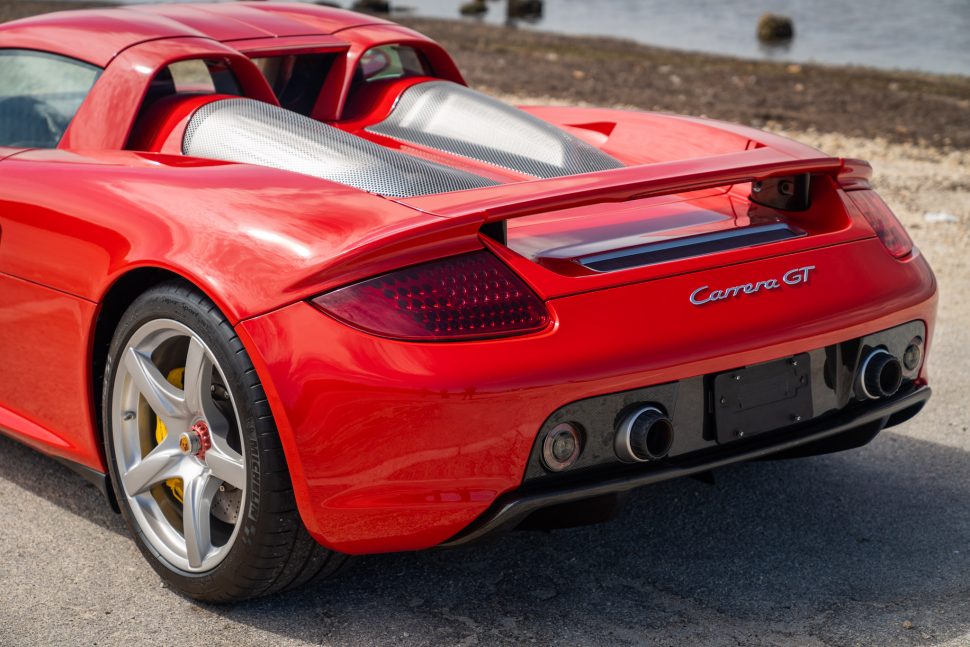 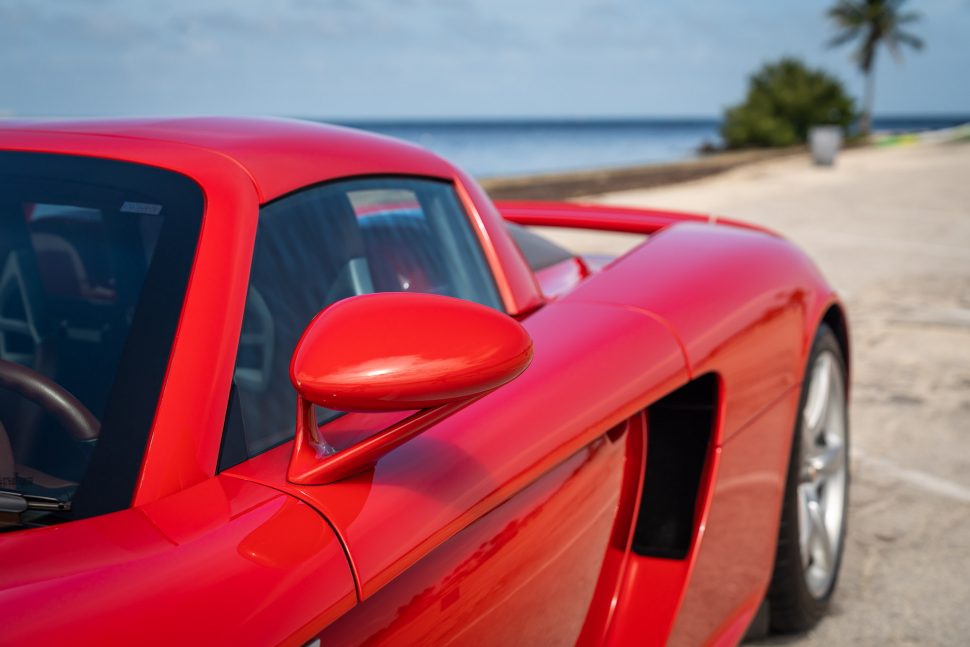 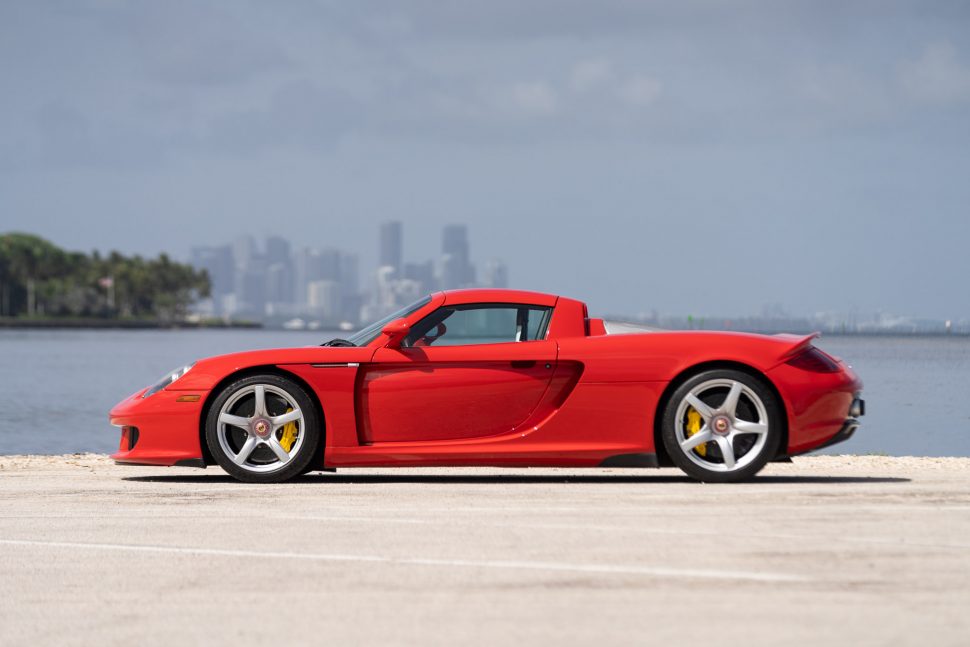 The Porsche Carrera GT was among the group of Supercars produced by Porsche from 2004 through 2007 at a new factory in Leipzig, Germany.  The Carrera GT was Porsche’s response to market segment competition in the form of Ferrari Enzo, Pagani Zonda, Koenigsegg CCX, Mercedes-Benz McLaren AMG SLR and other Supercars of the time and was a radical departure for the company so associated with normally aspirated and turbo charged six-cylinder engines in their 911 line ups.

Porsche went a whole new route with the Carrera GT creating a hybrid development of the 911 GT1 and LMP1 98 cars of the late 90s by introducing a normally aspirated 5.7 liter dual overhead cam V10 610BPH engine which was originally slated to be a Formula One engine in a Footwork chassis integrated with a radically different 107” long wheel base road going car.

Very little is shared from the 911 range with the Carrera GT however as it was a completely clean sheet of paper designed by Porsche Style Department head, Harm Lagaay, the Dutchman who also designed other Porsches of the period including the 924, 968, 993, Boxster, Cayenne and 996.  Lagaay retired on completion of the Carrera GT, which by far stands as his most impressive achievement, in 2004.

Compared to the 911 models, the Carrera GT is a long car with full aerodynamic treatment around a full carbon fiber monocoque with the subframe produced by Italian company ATR Composites Group.  All Carrera GTs feature a traditional six-speed manual transmission with homage to the Porsche 917 polished beachwood shift knob.

At speeds over 70MPH, the dramatic rear wing raises to aide stability and reduce lift at the rear.  A huge radiator, five times larger than a comparable 911 Turbo of the time, aides in keeping the big engine temps in check and suspension is derived directly from racing.

Porsche limited colors of the Carrera GT to Basalt Black, GT Silver, Seal Grey, Fayence Yellow and Guards Red with custom colors made by the factory tailor made to client’s  wishes.

The racing prototype nature of the Carrera GT makes it necessary to have an experienced hand at the wheel.  The clutch is derived directly from racing and is razor thin mated with the 558BHP engine which may catch an inexperienced driver out causing loss of control and spinouts as it accelerates like a rocket, 0 to 60MPH in 3.5 seconds.

The Carrera GT is all business inside the cockpit, not much on the creature comforts with full race inspired leather seats, the instrument cluster is very reminiscent of previous Porsches and aside from air conditioning, there isn’t much in the way of luxury appointments as with most supercars, the emphasis is on performance and safety rather than comfort.

The cars are solidly built and full of weight saving carbon fiber touches throughout.  The racing inspired touches such as the foot pedal cluster, key on the left of the steering wheel and Beech Wood shift know are derived directly from Porsche’s racing past.  The one diversion from this is the removable hard top which creates an instant open top driving experience.  The roof panels conveniently stow away, out of sight under the front bonnet.

This 2004 Porsche Carrera GT (#1089) is in showroom condition and is absolutely amazing in every aspect.  Curated will be sending this Carrera GT example for a major service at Champion Porsche including new clutch, alternator and engine-out service.  In addition, new Michelin OE tires will be installed and factory Ascot Luggage is available on request. 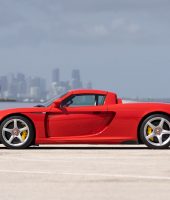 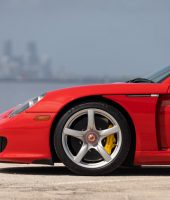 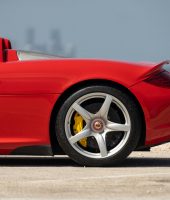 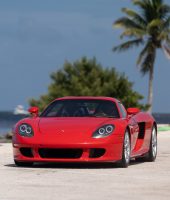 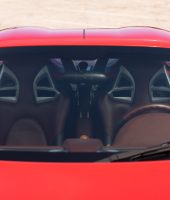 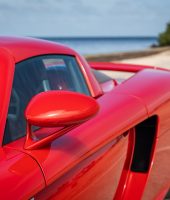 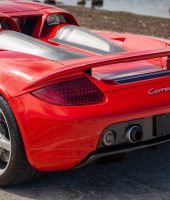 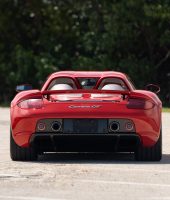 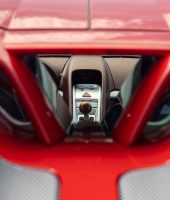 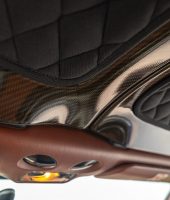 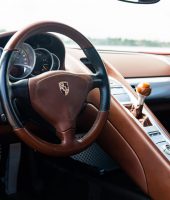