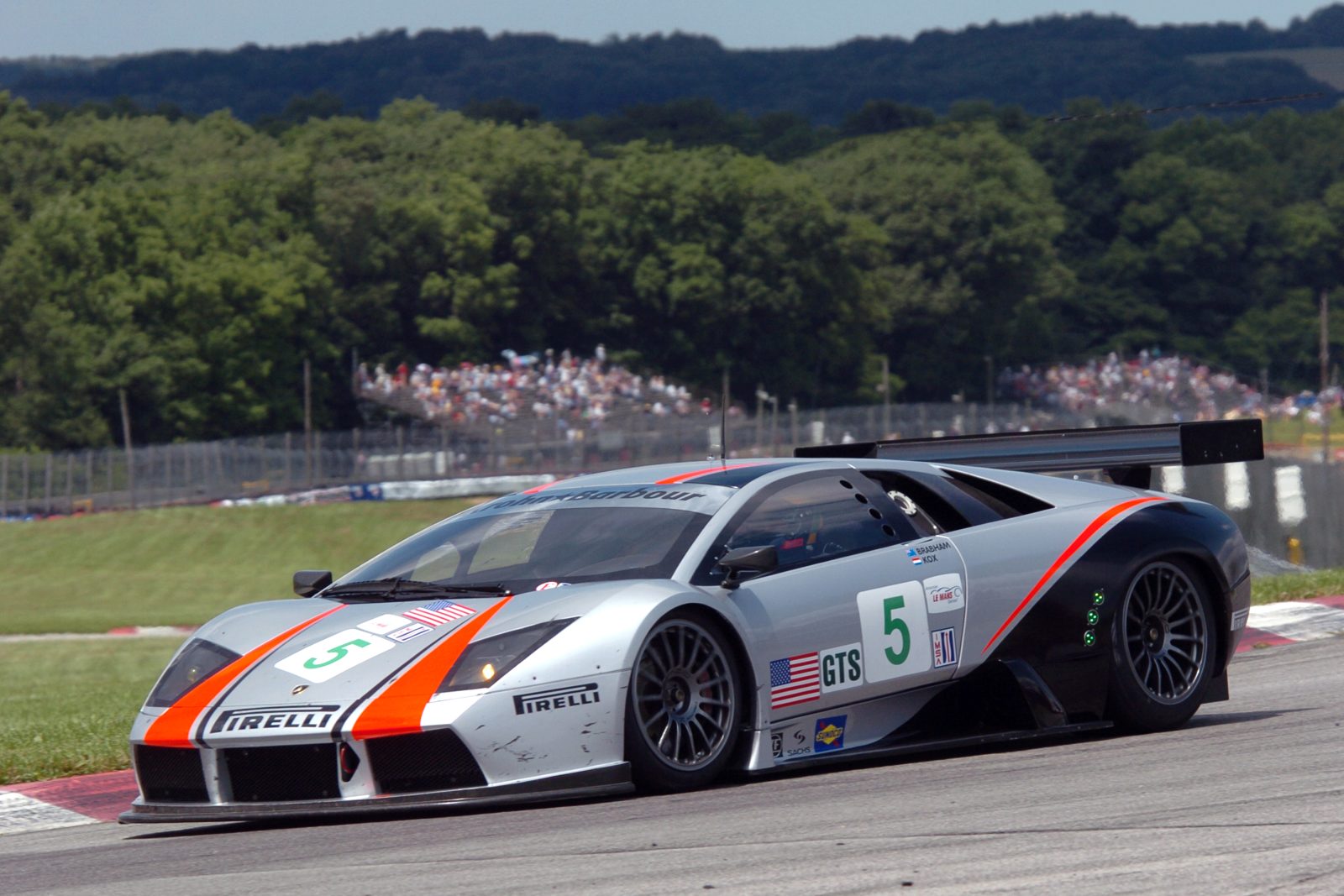 The first derivative of the V12 flagship Lamborghini Murciélago to actually realize production was the Murciélago R-GT, a race car based on the standard super car which was introduced at the 2003 IAA Frankfurt Motor Show.

From the introduction of the Murciélago in September 2001, there was an increasing demand for a high performance model based on the Lamborghini V12 crown jewel, therefore Audi AG, parent company of Automobili Lamborghini S.p.A., decided the time was right to build the extreme car and develop it for racing.

Developed by Automobili Lamborghini S.p.A., with the help of multiple-time Le Mans and Sebring winners Audi Sport and well known German based Reiter Engineering, the Murciélago R-GT was to be built to FIA GT and American Le Mans Series (ALMS GTS class) specifications.

Reiter Engineering, the long-time privateer Lamborghini FIA GT entrant, developed the prototype test car to be ready for the 2003 FIA GT race at Estoril, Portugal but then withdrew as early testing revealed the R-GT to be severely off the pace.  All this despite being test driven by hired guns, Tom Kristensen and Rinaldo Capello, the multi-time 24 Hours of Le Mans and 12 Hours of Sebring winning duo whom were on loan courtesy of Audi Sport to help develop the car.

From its introduction, at least seven Murciélago R-GT examples were constructed which saw action in Europe, North America and Asia.  Notably, the Krohn/Barbour team scored an impressive fourth place in the GTS class finish in their ALMS debut race at Mid-Ohio featuring the driving tandem of David Brabham and long-time Lamborghini driver Peter Kox.

The R-GT’s initial season in the 2003 FIA GT series saw mixed results as the cars were severely off the pace on high speed circuits such as Monza but closer to the pack on slower circuits but as entering teams did not compete in the full season, the results were lacking.

In 2004, legendary sports car entrant Dick Barbour and relative new-comer (at the time) Tracy Krohn formed Krohn-Barbour Racing to bring two Murciélago R-GTs to the American Le Mans Series (ALMS) to compete in the GTS class.  At the time, the GTS category was suffering from ever spiraling costs and lack of entry as manufactures were gravitating to the less expensive GT class.  ALMS then-president Scott Atherton scrambled to keep the category relevant as the once popular category was reduced to three manufactures (Chevrolet Corvette, Dodge Viper and Saleen S-7R) and the two-car Lamborghini Murcielago R-GT team helped fill out the grid.

The Krohn-Barbour team brought a lot of high-profile credibility to the deal as Dick Barbour’s exploits in the IMSA GTX category during the mid and late 70s as a team owner were nothing short of epic.  The rotund (by racing driver’s standards) Barbour was a Porsche tuner and developer from Southern California.  Barbour arrived on the scene during the height of the production based GTX era with three and sometimes four car teams of Porsche 935s driven by the best drivers of the time including Porsche factory pilots on loan from Stuttgart, top Indy Car stars and veteran American sports car drivers forming all-star mega teams.

Barbour’s colorful and massive operations were a direct threat to the domination of Peter Gregg’s legendary factory supported Brumos Porsche team at the series most important events such as the 24 Hours of Daytona, 12 Hours of Sebring and the IMSA championship.

While outright victory narrowly eluded Dick Barbour Racing at Daytona, the team scored overall victories at Sebring three years in a row (1978 with Charles Mendez, Bob Garretson and Brian Redman, 1979 with Bob Akin, Roy Woods and Rob McFarlin and 1980 with John Fitzpatrick and Barbour himself driving), a near impossible accomplishment which has only been tied by the all-out factory efforts of Audi Sport Team Joest with the Audi R8 P900/P1 cars which won Sebring overall three consecutive years (2000, 2001 and 2002).

Just as quickly as Barbour arrived on the scene in IMSA, he virtually disappeared after the 1980 season as he and John Fitzpatrick had dominated the season, winning Sebring, six other races and the series championship with a Porsche Kremer K3 bodied 935.  Fitzpatrick kept the operation alive forming John Fitzpatrick Racing through the end of the GTX era with ever wilder 935 designs and well into the Group C era with 956 prototypes in Europe with occasional forays in the U.S.

True to character and again seemingly out of no-where, Dick Barbour Racing returned to the sports car scene after twenty years in 2000 and 2001 running factory supported Porsche 911 GT3-Rs in the ALMS GT category once again driven by factory pilots and famously winning the GT category at Sebring with Lucas Luhr and Dirk Muller by five laps over their nearest rivals.

Houston, Texas-based Tracy Krohn is an oil and petroleum entrepreneur who also happens to be on the Forbes 400 list of wealthiest Americans.  Krohn became a racing enthusiast, driver and notable team entrant from 2004 when he arrived on the scene as a driver in the 24 Hours of Daytona with a GT Porsche team.

The tall, likeable Krohn has competed in virtually all of the top levels of sports car racing as a driver and team entrant from GTs to prototypes on the world’s most famous race tracks.  Notably, always in day glow green with blue stripe liveried cars in series ranging from ALMS to GrandAm to European Le Mans (ELMS) alongside long time lead co-driver, Swedish star Niclas Jonsson, with whom he scored his lone overall victory at the 2005 GrandAm race at Watkins Glen with a Riley Mk XI DPI entry.

The Krohn/Jonsson partnership has seen the tandem compete in top sports car races around the world including the 24 Hours of Le Mans and 12 Hours of Sebring on numerous occasions in a variety of equipment ranging from GT Ferraris to P2 Lolas and Ligiers, the plucky independent team-that-could soldiers on in the face of much larger factory backed opposition.

The collaboration between Krohn and Barbour teaming up to enter the Lamborghini Murcielago R-GTs in the newly formed Krohn-Barbour Racing.  Any time Lamborghini gets involved in racing of any kind, it is an event and with Barbour involved, anything could (and possibly would) happen.

The Krohn-Barbour team entered two Murcielago R-GTs for a limited schedule of five races for the 2004 ALMS season, bypassing the brutal 12 Hours of Sebring in favor of the second event of the season at Mid-Ohio with the now-familiar Barbour livery from the 2000 and 2001 seasons, silver cars with blue and red trim.

The debuts of the R-GTs at Mid-Ohio were mixed fortunes for the team as Krohn driving the second #6 entry (Chassis #1056) in the first practice session hooked a kerb, tossing the car sideways right in front of one of the Flying Lizards Porsche GT cars which collected the sliding Lamborghini full on, destroying both.

A week later at Lime Rock Park, Kox and Brabham started 12th and finished 21st overall as a single car entry until a second team car could be sourced from Reiter.  These were to be the highlights of the season for the Krohn-Barbour team as a string of DNFs followed at the remaining races at Portland, Mosport and Petite Le Mans at Road Atlanta.

After Petite Le Mans where the second entry finished the 1,000-mile race 21st overall with Krohn, Maxwell and Fox driving, the team decided to forego the final race of the year at Laguna Seca and ended the program.

Krohn explained at the time, “With regret we’ve decided to say no to going to Laguna Seca, and to discontinue our racing program with the Lamborghinis.  We always knew the Lamborghini would need some development work, being a new race car, but we went into this program having been promised a level of factory support that in my opinion was not delivered.

“This is a disappointment, but it’s also an opportunity.  There are other race cars and other types of race cars out there.  Krohn-Barbour Racing has set very high standards in preparation, engineering, and presentation, and is evaluating options with a view to a new program in 2005 and beyond” Krohn stated at the time.

Today, Dick Barbour remains active in the automotive business operating Dick Barbour Performance, a Porsche specialty dealership in Oakwood, Georgia just outside of Atlanta near Road Atlanta Raceway and has not returned to racing.

Tracy Krohn and his team mate Nic Jonsson remained stalwart entries in the sports car racing scene from 2004 through 2016, competing in many different forms of the sport in the U.S. and Europe with varying degrees of success and with a dozen years racing together, the longest running team mate tandem in the history of sports car racing.

Lamborghini has returned successfully to sports car racing with GTD class wins at the 24 Hours of Daytona and 12 Hours or Sebring with the exciting Huracan GT3 EVO cars and the one-make Super Trofeo match series in the U.S. and Europe. 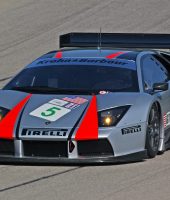 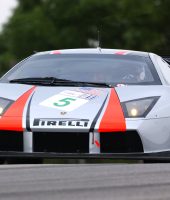 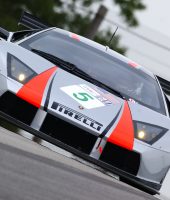 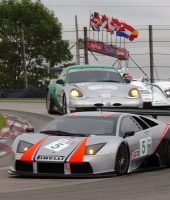 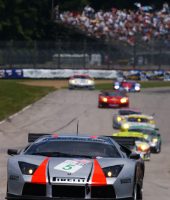 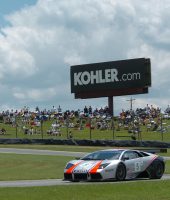 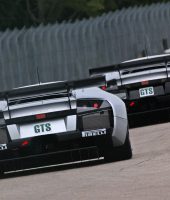 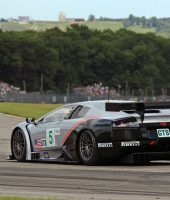 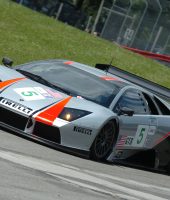 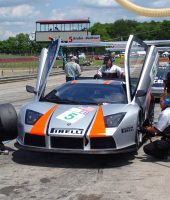 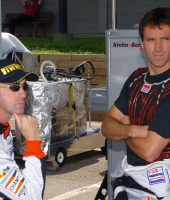 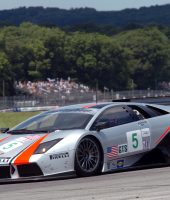 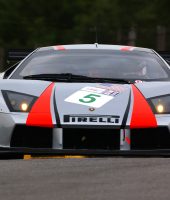 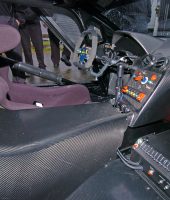 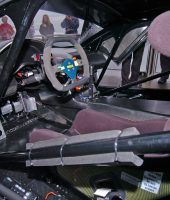 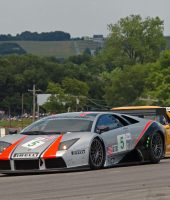 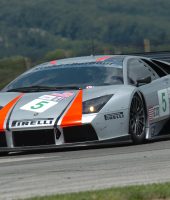 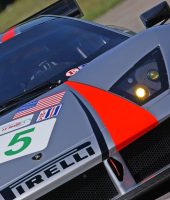 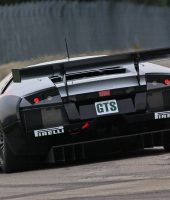