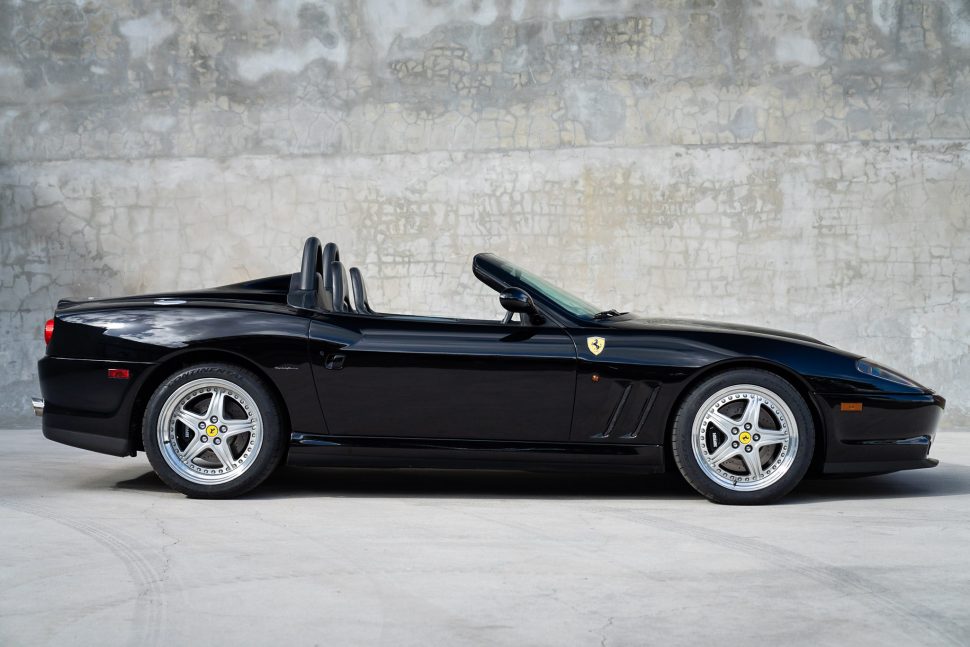 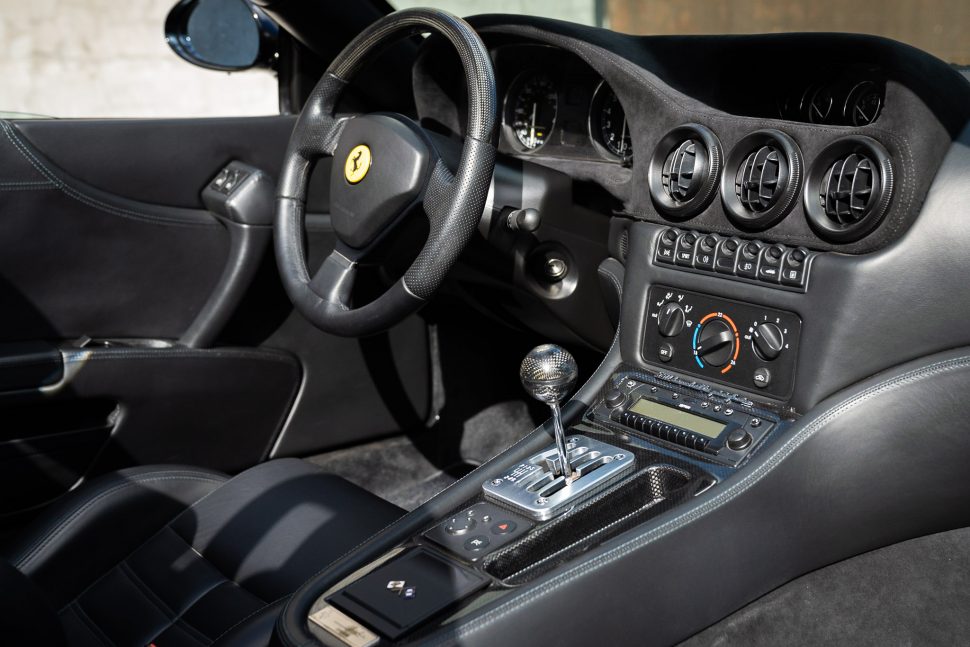 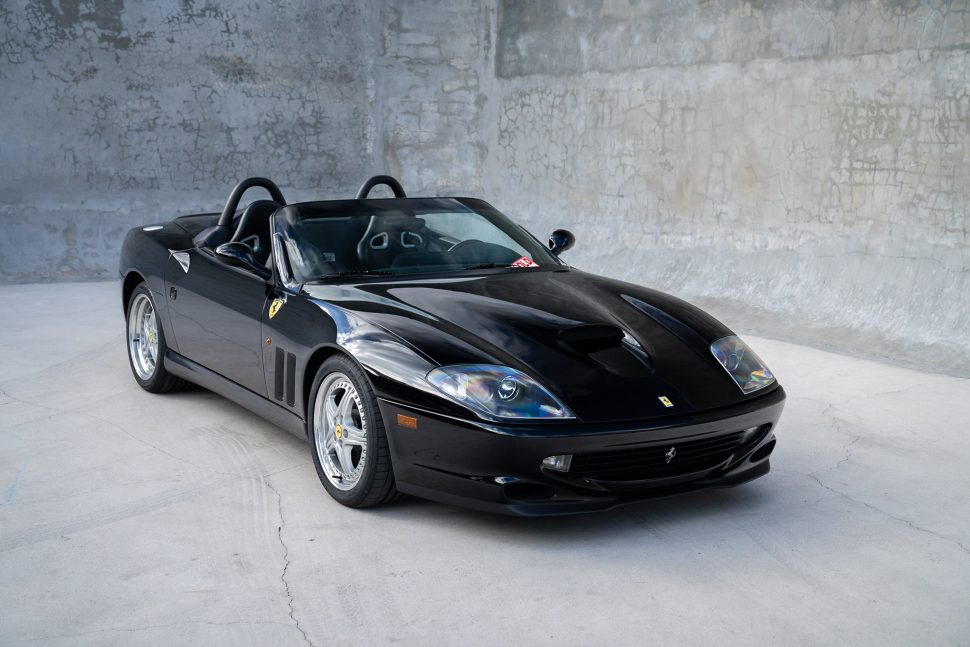 Produced to commemorate the 70th Anniversary of Pininfarina.

Among the great cars produced by Ferrari, the 550 certainly must rank among the very best. Ferrari’s return to a proper front-engined, two-seater touring coupe made its introduction in 1996 with 3,083 examples built through 2001 and Ferrari has been producing front engined V12s as part of their flagship series of cars ever since.

The 550 Maranello was designed by Pininfarina’s Lorenzo Ramaciotti and the beautiful design ushered in the first front-engined Ferrari V-12 coupe since the 365 GTB/4 Daytona as Ferrari concentrated on mid-engine flat 12-cylinder layout Berlinetta Boxer coupes from 1973 with the 365 BB to the Testarossa series which ran through 1996 culminating with the 512M.

First, the 550 just looks the part. Long, bullet-shaped, dramatic and luxurious, every bit a Ferrari touring coupe in the great Ferrari tradition. The shape is as timeless as it is functional, a more modern incarnation of the iconic 365 GTB/4 Daytona and a long-awaited return to Ferrari’s front-engined roots after twenty-three years and believed to be an answer to many who believed that a front-engined Ferrari could not outperform a mid-engined touring sports car.

Making its debut to the motoring press in July of 1996 at the historic Nurburgring circuit in Germany, the car’s name refers to the 5.5 liter displacement and to the Italian town of Maranello, the fabled home of the Ferrari headquarters and factory. Pininfarina carried out the exterior and interior design and the 550 Maranello shared frame and main engine components with its slightly older brother, the 456 2+2 which was likewise designed by Ramaciotti.

The unusual move of Ferrari debuting the car at a racing circuit, much less a German one, was a good indication of the direction then-Ferrari president Luca di Montezemolo was taking the coupe version as the company’s sports car racing aspirations were all but a forgone conclusion with the 550 Maranello.

The 550 Barchetta made its public debut at the 2000 Paris Auto Show to commemorate the 70th Anniversary of Pininfarina. The car is a true roadster with only a snap-on/snap-off cloth covering to protect the gorgeous leather interior from the elements. As the top was only considered temporary at speeds approaching 70MPH, it was deemed to be not safe as initial customers complained about buffeting and wind noise with the covering in place at speed.

New 19” wheels were specially made for the Barchetta line as well. Ferrari produced a total of 448 examples, four more than initially planned due to Japanese superstitions about the number 4. The 448 production cars were preceded by 12 prototypes numbered P01 – P12 on special interior plaques.

Celebrities whom have owned Ferrari 550 Barchetta include none other than former Scuderia Ferrari F-1 driver Michael Schumacher,

This Ferrari 550 Barchetta (#4237) was originally a Euro version converted to U.S. specifications by G&K Automotive Conversion of Santa Ana, California. Eye catching in black/black and just 8,078 miles on the odometer, the Barchetta certainly is among the classic open-top, front-engined V12 Ferrari family of motorcars.

The 550 Barchetta will come with a fresh service and new tires. 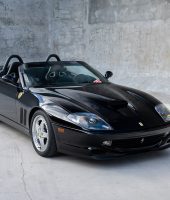 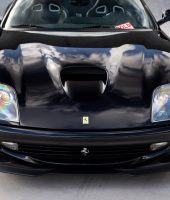 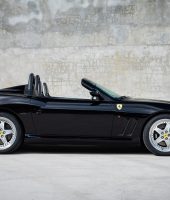 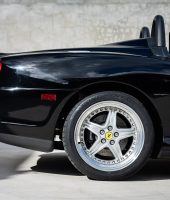 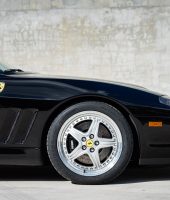 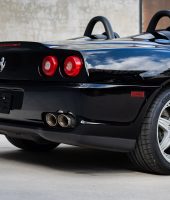 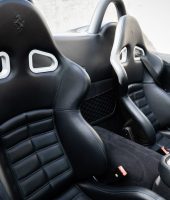 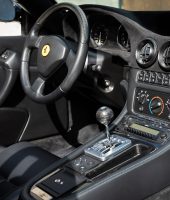 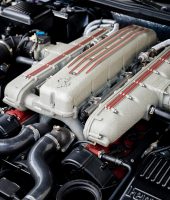