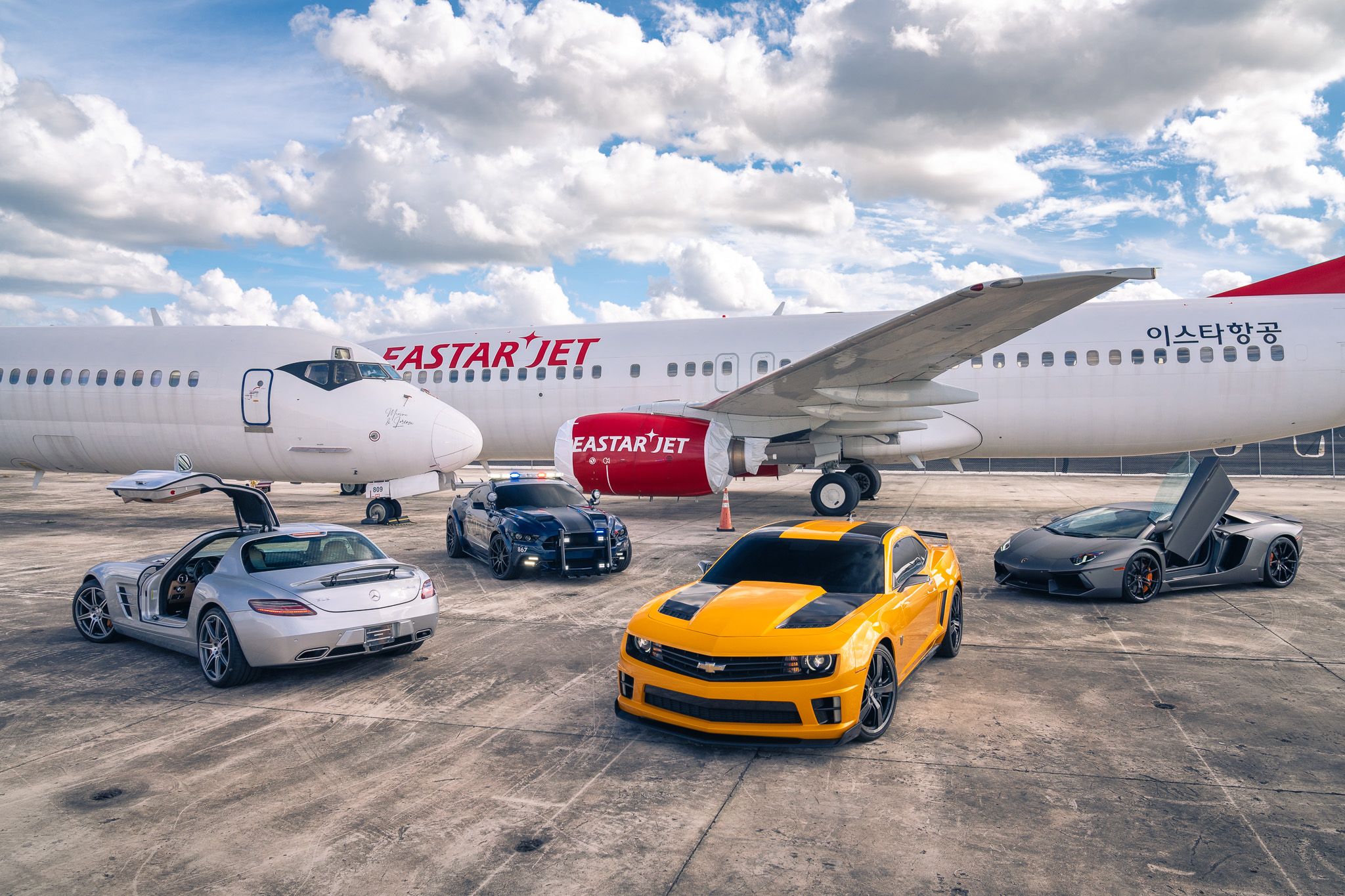 Curated is excited to present four iconic automobiles from the Hollywood action franchise, The Transformers. In collaboration with Alex Aievoli and direct from the private collection of Michael Bay, offered for the first time publicly, the impressive collection includes the original 2010 Chevrolet Camaro “Bumblebee,” 2016 Ford Mustang “Barricade,” 2010 Mercedes-Benz SLS AMG and the 2014 Lamborghini Aventador all used in the filming of the Transformers blockbuster movies.

Michael Bay is one of the most commercially successful directors in history, his films have grossed over $7.8 billion worldwide. Bay is most known for high concept action films, notably including Armageddon, Pearl Harbor and the Transformers film series.

Many of his notable films have featured major A-List celebrities and iconic automobiles. Through film, Bay has created some of the most famous Hollywood automobiles. Both of Michael Bay’s personal Porsche 964 Turbo and Ferrari 550 Maranello were used during the filming of Bad Boys and Bad Boys 2.

Leading this incredible collection is the hero car for Transformers 3 “Dark Side of the Moon,” the 2010 Chevrolet Camaro known famously as “Bumblebee.” This unique car produced by General Motors “skunk works” and based on the 2010 Chevrolet Camaro SS and featuring unique mirrors, front fascia, splitter, side rockers, hood, spoiler, wheels and much more for filming. Featured by Hasbro in numerous scale models and on display at the 2010 New York International Auto Show, the Bumblebee Camaro is one of the most iconic movie cars of our time.

Featured heavily in the filming of Transformers “The Last Knight,” was the “Barricade” Ford Mustang GT Police car based on the Six Generation S550 platform. This heavily customized Mustang has working lights, massive aero and ram bars and is finished in Deep Impact Blue over Ebony interior.

The final Supercar of the Transformers collection was built special for Michael Bay by Automobilli Lamborghini. The 2014 Lamborghini Aventador was produced with the last 4 VIN digits of “1963,” the founding year of the Italian Supercar maker, was finished in a unique livery of Grigio Titans built for the Transformers 4 movie “Age of Extinction.” A USA specification Aventador with less than 2,000 miles and plastic still in the door jams!

Earlier this year Curated, a Miami based Vintage Supercar dealership, created a strategic partnership with Alex Aievoli. Aievoli, a former entertainment news anchor who spent years providing American muscle cars to Hollywoods elite, introduced Curated to his long-time friend Michael Bay. For the past 8 months Curated and Aievoli worked with Bay to bring his personal collection to the public for the first time.

All of the offered vehicles will come complete with original Transformers movie footage and documentation. The collection will be offered as a package at $2,000,000.