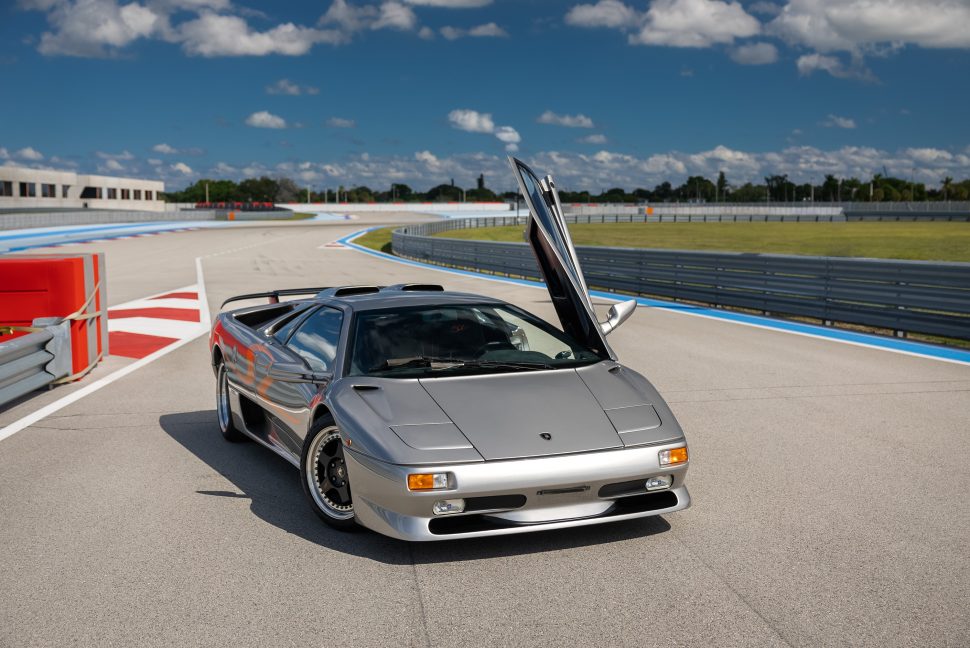 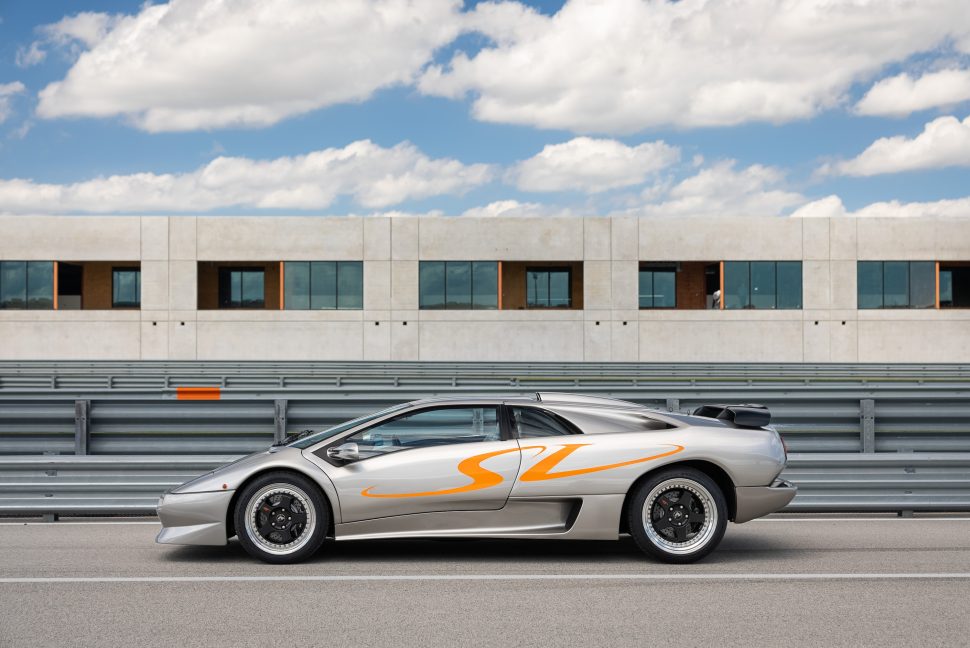 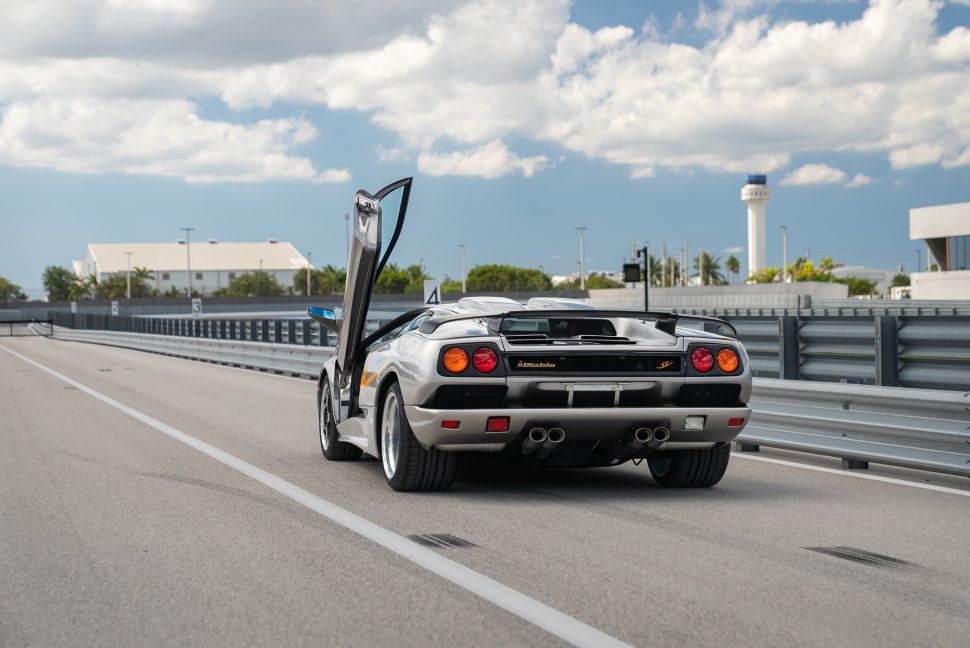 Prod. #12841. Originally to Dannyo, Lebanon on 15 Oct 97.
The incredible Lamborghini Diablo SV made its public debut at the 1995 Geneva Auto
Show reviving the Super Veloce moniker from the Miura SV. The SV is based on the
standard original Diablo in that it is rear wheel drive, lacking the all wheel drive of the
6.0 VT (Vicious Traction) example.

However, Lamborghini gave the SV an increase overall power from 485BHP on the first
model to 510BHP which demands a strong hand at the wheel. To help maintain stability
at high speeds, a large adjustable wing was added as standard equipment which could
be color matched to the car or in raw carbon fiber, a few examples came with rear wing
deleted.

Other minor cosmetic changes were made such as black tail lamp surrounds and
repositioned rear fog and reverse lamps. Also, an extra set of front brake cooling ducts
and a the famous double vent engine lid as previously seen on the SE30 JOTA models
gave the SV a dramatic and racy look. The SV models came with or without the large
SV graphics on either side of the cars.

The standard SVs came in six distinct colors (Giallo, Deep Black, Rosso Imola, Blu Le
Mans and Verde Ithaca) each of which were chosen to compliment the black Alcantara
interior which was standard on the cars.

The popular video game “Need for Speed III” uses the Lamborghini Diablo SV as the
flagship car of the game. The car became emblematic of the “Need for
Speed” franchise, making several appearances throughout later entries in the series.

“At Curated, we do not acquire cars simply for inventory but rather based on what the car is.
We love interesting provenance, very low production, very low mileage, very special and often
weird cars.”
John Temerian, Jr.
Curated co-founder