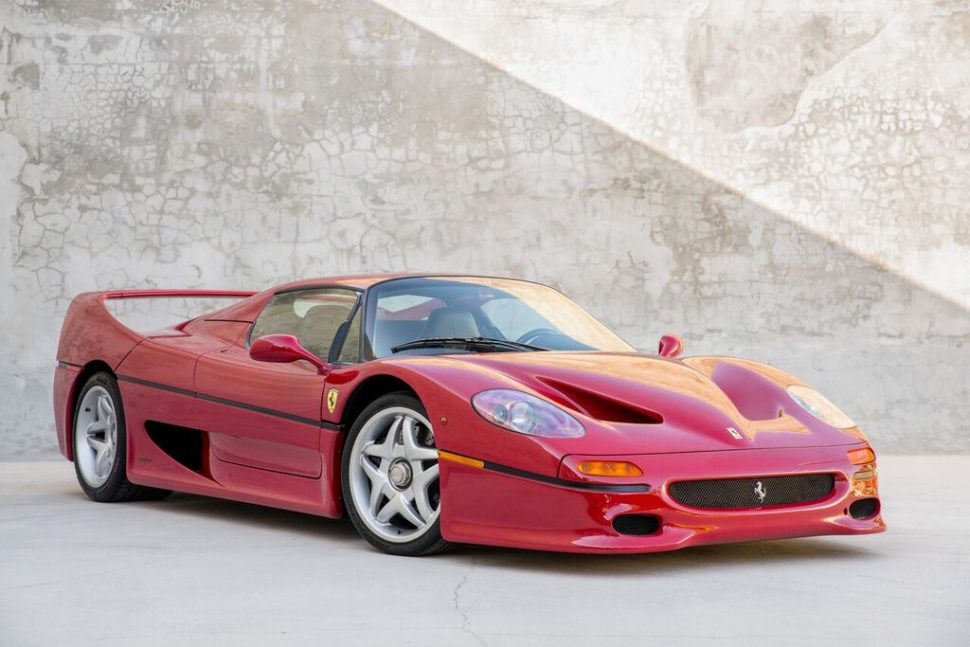 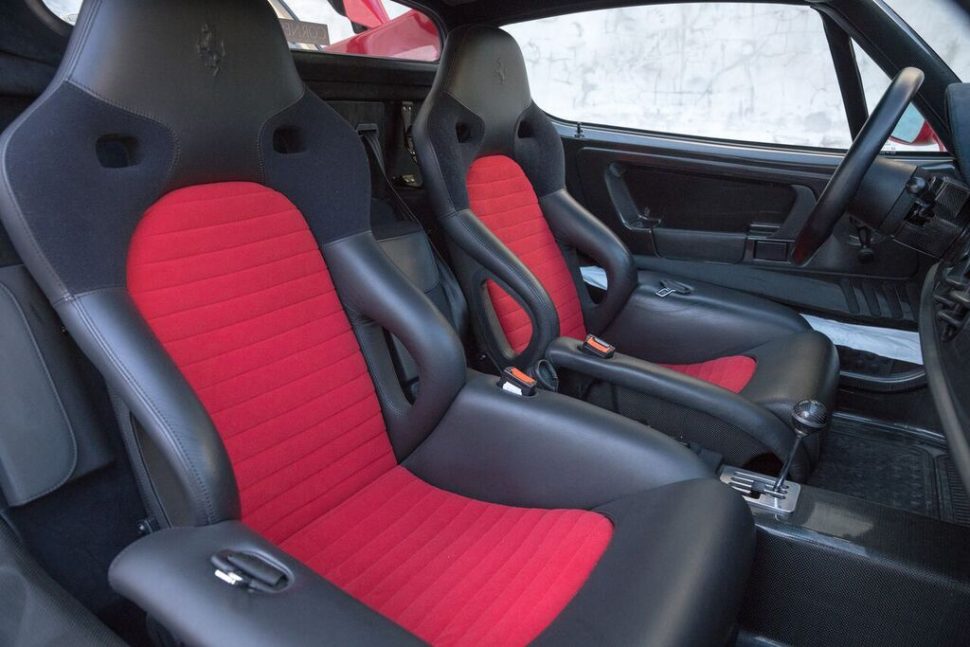 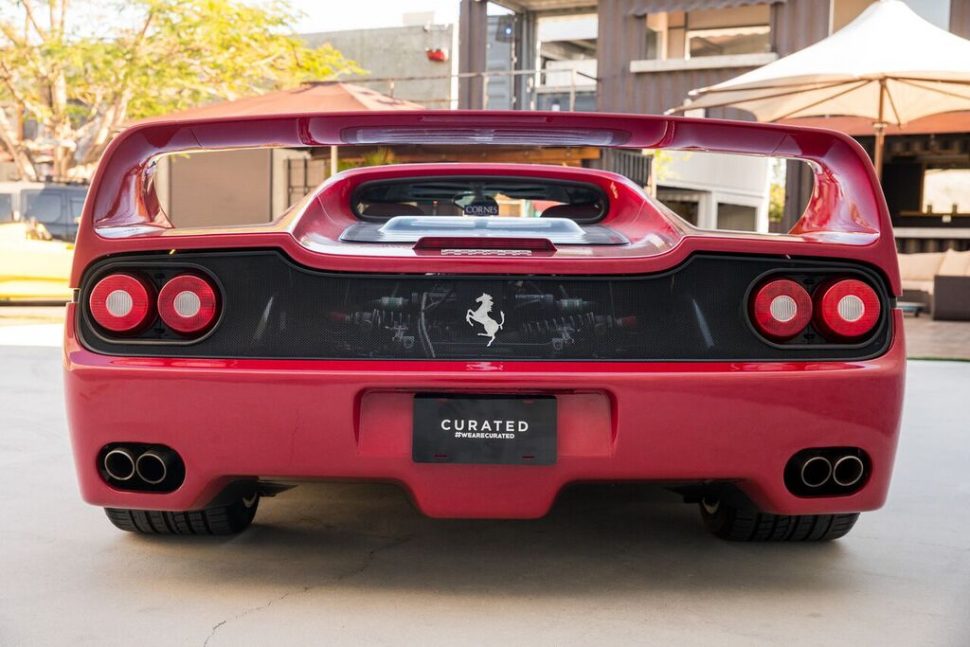 Third in the line of Ferrari Supercars is the phenomenal F50.  Successor to the 288 GTO and F40, the F50 was the embodiment of Ferrari Formula One technology from the early 90s era when the screaming V12 Ferrari engines still ruled and the Scuderia returned to prominence, challenging for World Championships for drivers and manufacturers.

In fact, the engine in the F50 is a 4.7 liter naturally aspirated Tipo 130B 60-valve V12 exactly as used in the 1990 641 Formula One car which took Scuderia Ferrari driver Alain Prost to second in the World Championship.  The same engine was later used in the Ferrari 333-SP in the American based IMSA World Sports Car Championship (WSC) category which scored important victories in the 24 Hours of Daytona and 12 Hours of Sebring and shorter sprint events.

In fact, the American debut of the F50 happened at Texas World Speedway just after the completion of an IMSA WSC event as the first example was delivered to long time Ferrari racing entrant Giuseppe Risi, owner of Ferrari of Houston.  Risi put the new car through its paces on the Central Texas combined oval and road course for invited clients and media members in September of 1995.

With the F50’s racing DNA under the bonnet established, Ferrari turned to long time design partners Pininfarina and Lorenzo Ramaciotti was tasked with sculpting the F50 body which was a fresh departure from its older brother, the F40.  The F50 was a strong, dramatic design, a pointed nose atop the front bonnet, much in the mode of Formula One car noses of the time, long swooping lines with side air inlets and culminating with a huge integrated one-piece rear wing at the back.

The first V12 Ferrari Supercar was an instant sensation, the direct correlation to its racing brothers and was the last of the lineup to be fitted with a 6-speed manual transmission which is about the only mechanical aspect on the car that doesn’t share with its Formula One brothers.

The over-the-top styling of the F50 was introduced directly against competing market segment cars, such as Jaguar XJ220 and McLaren F1 with each vying for title of “world’s fastest production car” and most radical road going looks.

Production of the F50 ran from 1995 through 1997 with 349 total examples built. This example, #4078, is one of only eight painted in Rosso Barchetta, a deeper shade of Ferrari red.  Likewise, the seat inserts are also in matching Rosso Barchetta lending to the cars much more dramatic presence.  There are now only six remaining F50s done in Rosso Barchetta as two were repainted in more traditional Rosso Corsa and Giallo Modena making this one rare indeed.

The car has been meticulously maintained from new, it is simply flawless, as the headlamp and engine bay covers appear to be as crystal clear and brand new as the day the car left Maranello, even after 6,300 miles.

The Ferrari F50 is the embodiment of the Ferrari Supercar, over the top styling, screaming V12 engine, exclusive numbers all of which commemorated Ferrari’s fiftieth anniversary, it is instantly recognizable as the one of the world’s most famous and desirable cars which will always draw superlatives.

This stunning Ferrari F50 is available to be seen in the Curated showroom. 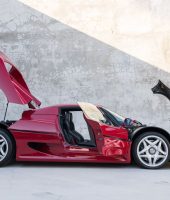 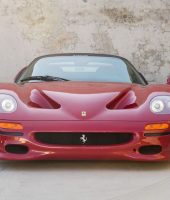 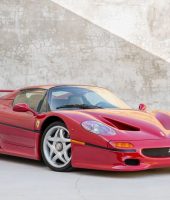 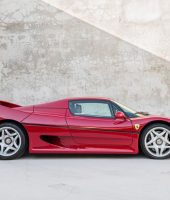 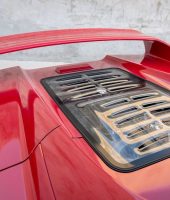 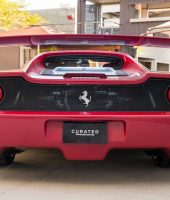 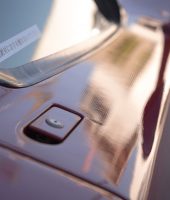 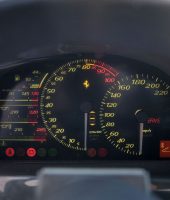 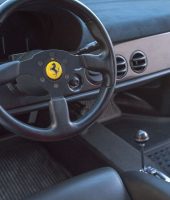 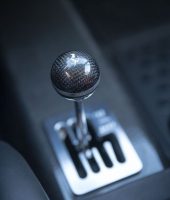 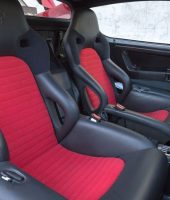 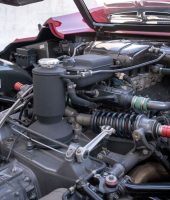 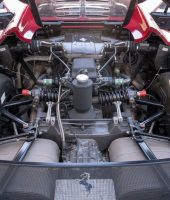