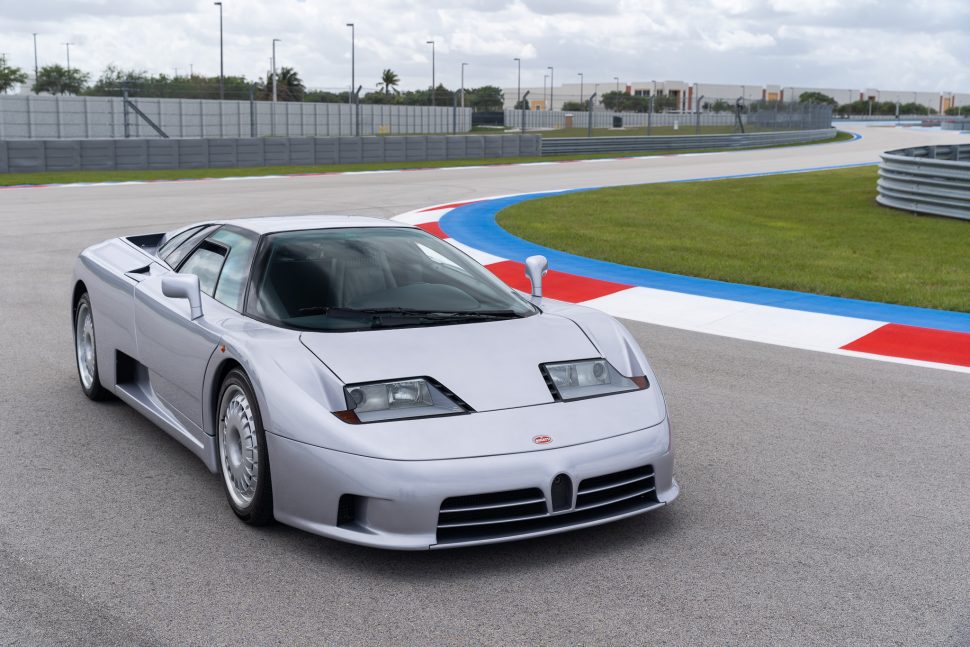 Curated is pleased to announce the acquisition and arrival of the incredible 1993 Bugatti EB110 GT Coupe #3922, a bow to our early history from our grand opening event when we revealed our first Bugatti EB110 in original French Racing Blu to 300, or so, of our closest friends and commemorating the opening of our Miami showroom in February of 2017.

The “EB” in EB110 stands for Ettore Bugatti, the brilliant and industrious company founder and chief designer from his factory in Molsheim, France from 1909.  Bugatti was most famous for producing arguably the most successful Grand Prix racing car of all time, the Type 35.

During its halcyon days the Type 35 won over 1,000 Grand Prix and endurance races.  It took the Grand Prix World Championship in 1926 after winning 351 races and setting 47 records in the two prior years.  At their height, Type 35s were averaging 14 race wins per week.  Bugatti won the famous Targa Florio long distance Italian touring race five consecutive years, 1925 through 1929, utilizing the Type 35.

Such is the quality of the build of the Type 35s, that the majority of them are still in running order to this day and worth incalculable amounts if a collector may be found willing to sell an original example.

Designs cascaded from Bugatti’s drawing board which included not only his iconic automobiles, but WWI and WWII fighter aircraft (air frames and engines) and bespoke luxury rail cars which kept the company in business during the wars and post-war depressions.

Bugatti was a Master of Industrial Art Deco style of the era which added distinctive flair to his designs.  His cars were simple with all working parts being cylindrical or rectangular.  The signature touches such as the familiar horse-shoe radiators, cast iron wheels and dynamic flared wheel arches and generous use of chrome trim pieces all held together with leather straps and symmetrical wires all of which created what must be considered among the most recognizable automotive designs in history.  And, each successive Bugatti car carries the familiar “EB” badge in tribute to the company founder.

Bugatti in the modern era.

Forty years after Ettore Bugatti’s death in 1947, the once legendary marque was on respiration and was acquired by Italian businessman Romano Artioli.  Artioli’s aim was nothing less than a resurrection of Bugatti in the form of a state-of-the-art supercar.  He chose Modena, home to Ferrari, Lamborghini and Maserati, as the place to build his modern factory from which the first completed production car rolled out in 1992.  Designated ‘EB110’ (signifying its debut 110 years after Ettore’s birth) the first new Bugatti since the 1950s was an advanced mid-engined supercar acclaimed as worthy successor to its formidable antecedents.

The Bugatti EB110 was designed by none other than engineer Paolo Stanzani and stylist Marcello Gandini, co-creators of the exotic Lamborghini Countach supercar to which the EB110, with its short nose, wedge-shaped body and gull-wing doors, the two cars bore a strong resemblance. Beneath the skin there were similarities too, the short-stroke V12 engine with forward mounted gearbox having been pioneered on the Countach.

Had the EB110 stopped there it would have constituted a remarkable enough debut for a reconstituted manufacturer, but to the already outstanding specification Stanzani added five valves per cylinder, four turbo-chargers, a bespoke six-speed gearbox and four-wheel drive.

Despite the complexity, the EB110 worked well on the road, its compact dimensions combined with four-wheel drive making for exceptional agility, excellent grip and balance no matter what the conditions.  The 3.5-litre V12 developed 561BHP, good enough for a top speed of 212MPH, a figure recorded at the Nardi test track in Italy that placed the EB110 on a par with the other “World’s Fastest Car”, the Jaguar XJ220.

While headline writers emphasized its performance to the exclusion of almost everything else except the price ($456,000), the EB110 was nevertheless a very well built product possessing a roomy and lavishly equipped interior.  There was also a lightweight competition version, the even more powerful and expensive EB110SS.

The EB110 LM participated in the 24 Hours of Le Mans in 1994 in French Racing Blu.  The car was driven by the all French team of Alain Cundini, Eric Helary and Jean-Christophe Boullion qualified a very competitive 17th overall and 5th in the GT1 class but did not finish the race. The car is now on display at the Loheac Automobile Museum.

A second EB110 LM commissioned by wealthy pharmaceutical entrepreneur Martino Finotto also participated in the 1996 24 Hours of Daytona driven by Olivier Grouillard, Gildo Pallance-Pastor and Derek John Hill (son of legendary American Formula One World Champion and sports car star Phil Hill).  The car was resplendent in silver grey metallic with FRB accents but suffered a gearbox problem and did not finish after showing some promise during the early portions in the rain, sure footed on the Daytona banking with its four-wheel drive configuration versus the two-wheel drive competition.

Unfortunately for Artioli and his collaborators, the EB110 launched just as the early 1990’s recession took hold, and the company entered receivership in 1994.  In total a mere 154 of these exotic cars were built, Michael Schumacher being perhaps the most high-profile owner.

This left-hand drive EB110GT is one of the final three cars completed at the factory in 1993.  It was subsequently sold to its first owner, Bugatti director Jean-Marc Borel, and road registered in Luxembourg in 1996.

In July 2001 the car was imported into Holland where it formed part of second owner Mike Dawud’s private collection until purchased for Gran Turismo Classic in 2003. Finished in silver grey metallic with matching two-tone leather interior, the vehicle is presented in excellent order throughout, appearing as if it left the factory only yesterday. 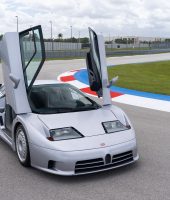 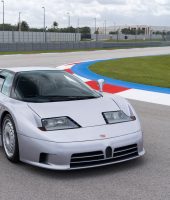 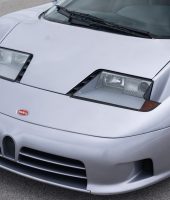 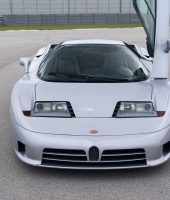 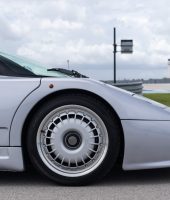 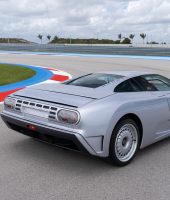 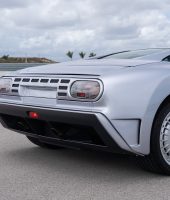 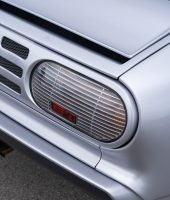 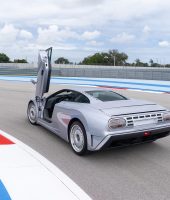 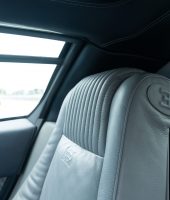 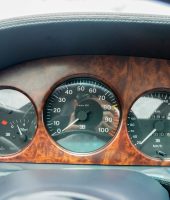 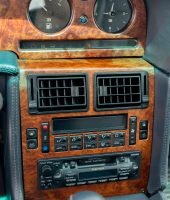 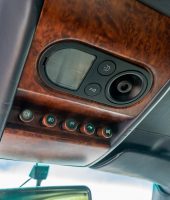 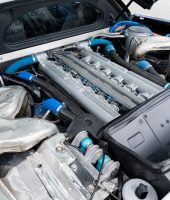 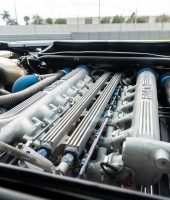