Curated is thrilled to announce the arrival of one of the most iconic Ferrari examples in existence. The 1986 Ferrari Testarossa used in the television series Miami Vice. Chassis #063259 was one of two Metallic Black “Flying Mirror” Testarossa examples given to Universal Television by Ferrari. Director Michael Mann decided to have both cars repainted White to facilitate better visibility at night, and the iconic White on Crema Ferrari Testarossa livery was born.

Documented by both historians and its original title in Universal Television name, showing Ferrari North America as the Lienholder, Chassis #063259 was purchased by Mr. Preston Henn in April 1990 upon completion of the Miami Vice series production.

The late Preston Henn was a legendary entrepreneur and “larger-than-life” figure in the automotive community who famously raced around the world winning the 1983 24 Hours of Daytona. During his life, Henn amassed a massive car collection that remained on display at the Swap Shop. It was rumored for many years that Henn’s 1964 Ferrari 275 GTB/C Speciale could become the first car to sell for more than $100 million.

While in need of mechanical repairs, the former Henn Miami Vice Testarossa is exceptionally original and displaying less than 7,000 miles and still wearing its original Goodyear Eagle tires.

We are honored to have this car join us in Miami at Curated. It will be on display at our Miami showroom for the next two weeks. 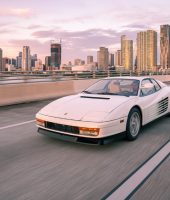 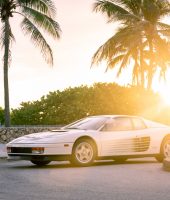 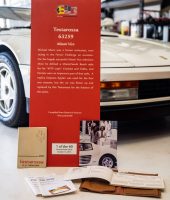 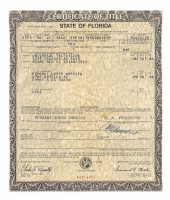 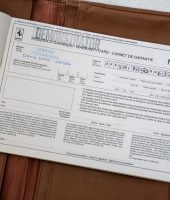 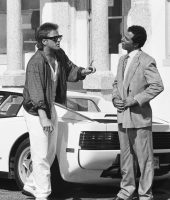