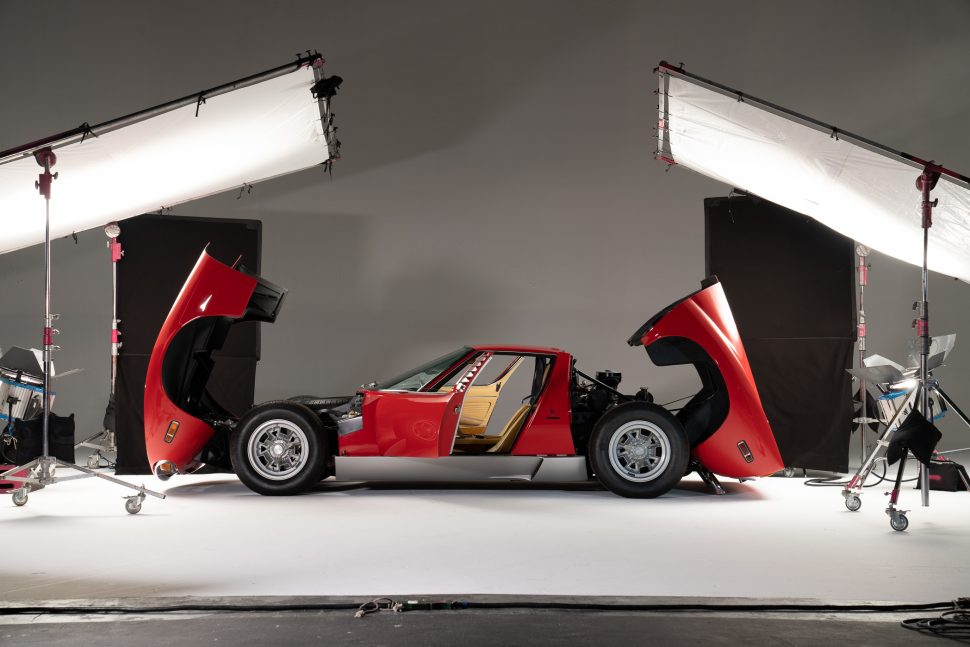 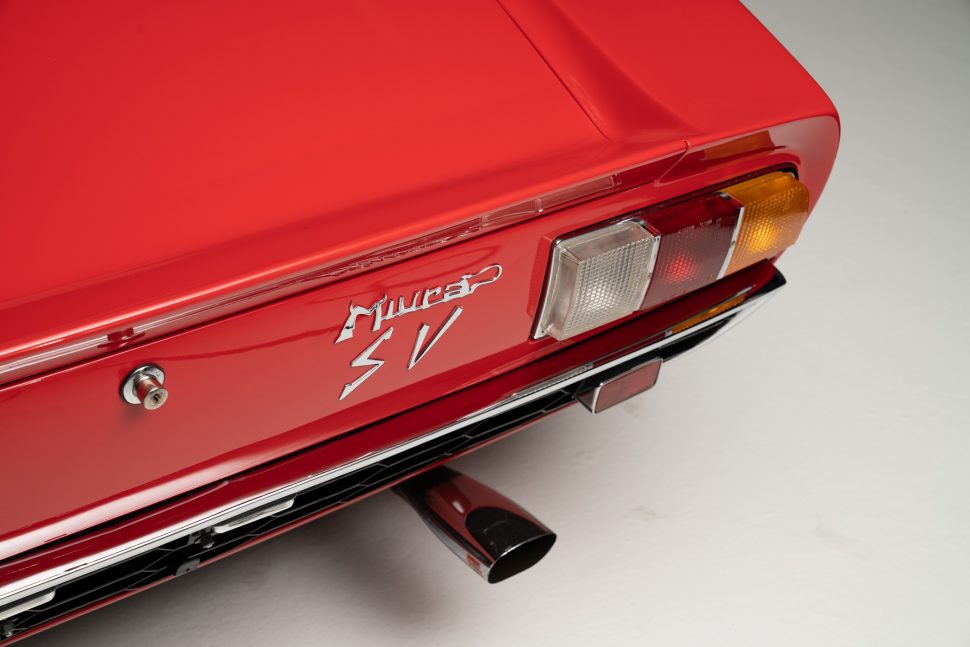 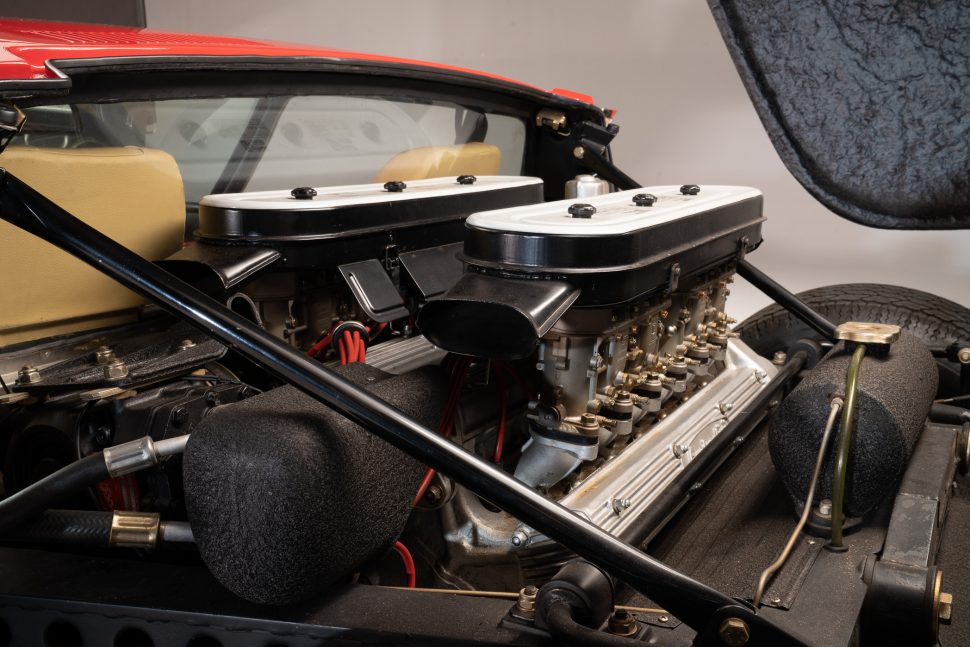 The Lamborghini Miura SV was the third and final official iteration of the model produced by the company from 1971 to 1973 and is commonly recognized as the most collectible and desired of the range which began with the P400 in 1966.

Designed by Marcello Gandini for Bertone, the Miura set the standard for modern sports car design featuring its V12 engine set in the middle right behind the two seat layout. The futuristic wedge shape was a sensation on its introduction at the 1965 Turin Auto Show, creating a landmark Supercar to take on competitors such as Ferrari and Porsche.

The last 96 SV engines featured a split sump oiling system which allowed the gearbox to have its own lubrication system separate from the engine. In this configuration, the engine and gearbox could run appropriate types of oil for each with cars receiving the ZF limited-slip differential.

Cosmetically, the SV may be distinguished from P400 and P400 S versions by its lack of “eyelashes” around the pop-up headlamps. The SV version also featured a lower stance and wider rear fenders to accommodate new nine inch wide rear wheels and Pirelli tires (250/70R 15 and 255/60R 15) and different tail lights.

Ergonomically, the cockpit was finished in leather as standard rather than vinyl used in the P400 and P400 S models giving the cars a more comfortable driving environment.

For many years, this Miura SV (#4920) was believed to have been one of two cars that left the factory with chrome bumpers. After historical photos and factory documents were discovered, it was revealed that this unique Miura SV was also fitted with an SVJ style external fuel filler and unique vents replacing the standard front grilles prior to leaving the Lamborghini factory in August of 1971 to a VIP customer in Italy who entered the car in the Concorso Internazionale di Eleganza per Autovetture in July of 1971.

The car was imported to the U.S. in the late 1970s and was restored by former Lamborghini engineer Claudio Zampolli. In 2006, Miura SV #4920 won Best in Class at the Palos Verdes Concours D’Elegance. 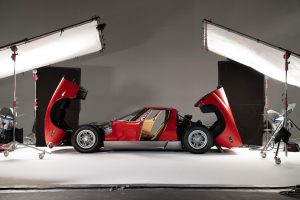 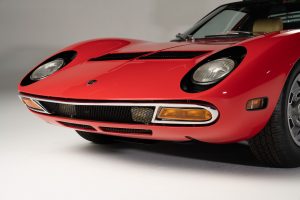 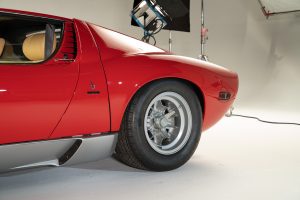 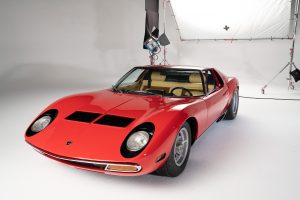 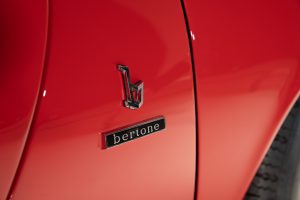 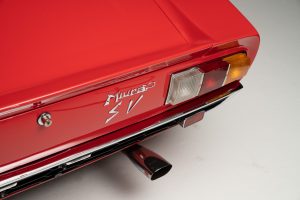 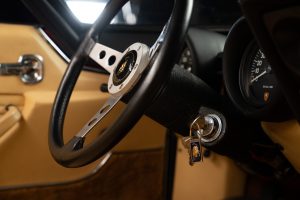 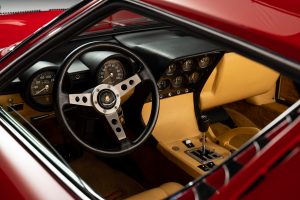 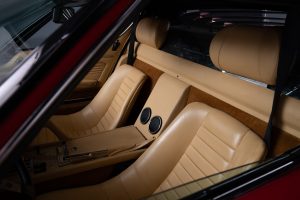 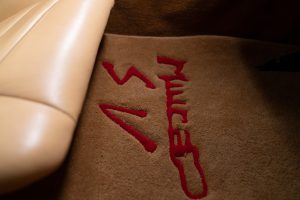 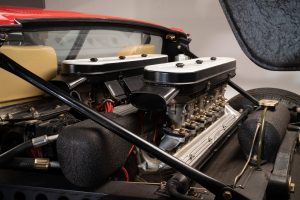