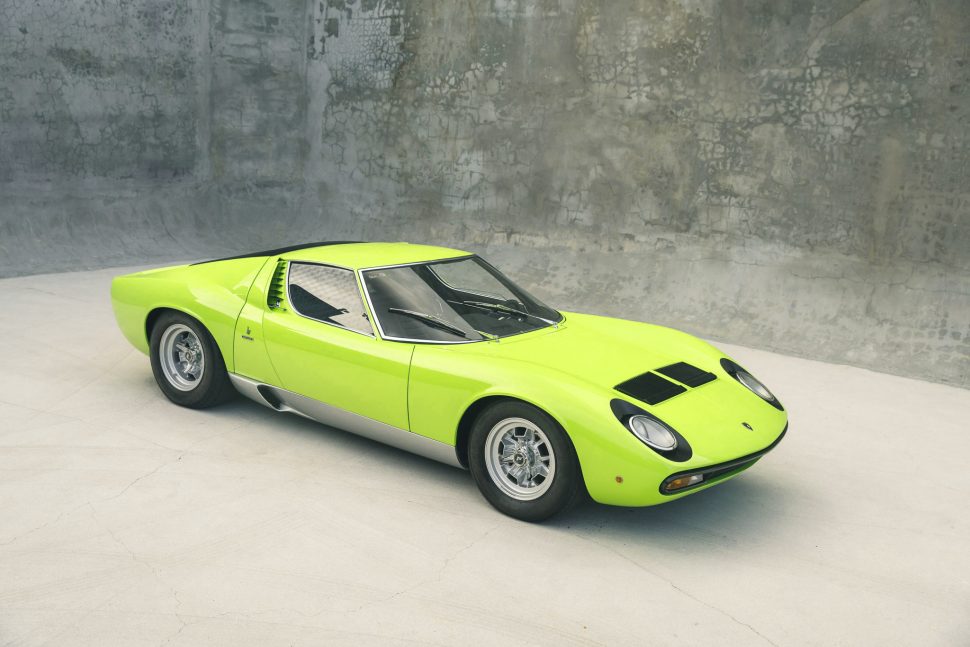 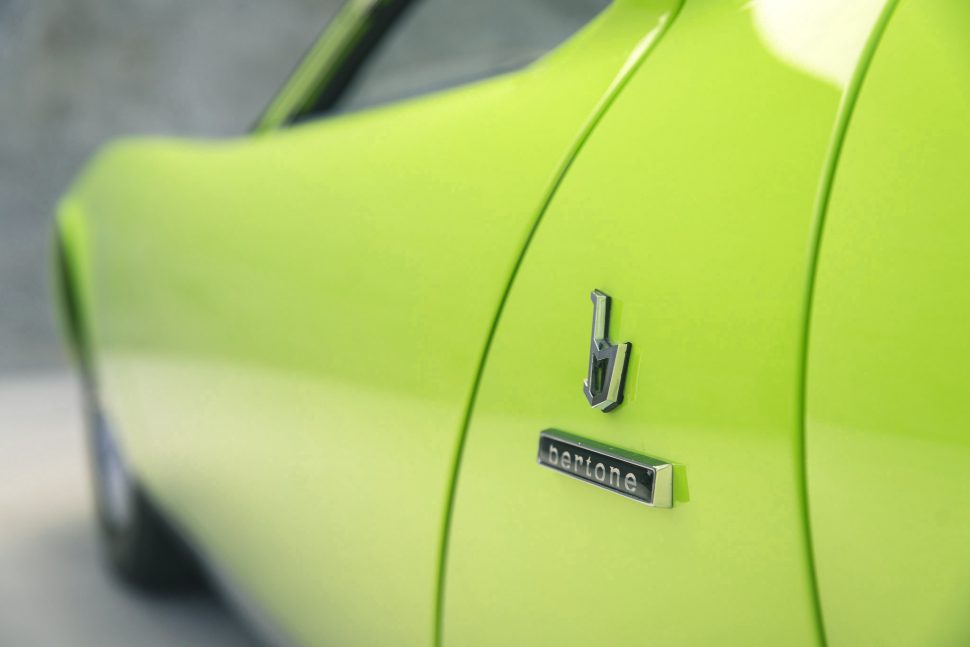 The Lamborghini Miura is considered by many to be the world’s first supercar. Lithe, sensuous, and beautiful, it is at the same time brutal. Its sexy skin stretched over mechanicals is every bit as seductive: a race car-like steel tub with a mid-mounted V-12 set crossways behind the driver’s head. Here was a car that combined both high technology and rolling artwork while standing just 3 feet 6 inches tall. Even today, the car is as visually and aurally appealing as it was the day it was introduced.

To say that the Lamborghini Miura astonished the motoring world is an understatement. First shown as a bare chassis at the November 1965 Turin show, just two years after the marque introduced its first car, the 350GT, the Miura awed competitors, the press, and showgoers alike with its unconventional transverse mid-mounted V-12. This was, after all, to be a road car and not a racing machine.

Lamborghini further astounded the cognoscenti when it showed the complete car, styled by Marcello Ganini, at Geneva the following March. Gandini, in his early-twenties, was to become the defacto chief designer for Bertone following the departure of Giorgetto Giugiaro. This was the first time the new car bore the name Miura; at once inspired by Ferrucio Lamborghini’s birth sign Taurus, as well as the name given to a brilliantly fearsome and courageous strain of fighting bulls bred by one Don Miura.

The car made yet another public appearance at the Monaco Grand Prix in May 1966, when Lamborghini development engineer Bob Wallace and a mechanic drove the prototype car to join the line-up of exotics parked outside the Royal Casino on the eve of the famous race. It completely overshadowed the other cars and, once again, proved that the ambitious young engineering team behind the advanced thinking of the Miura wanted to make their mark on the automotive world.

Its bodywork and drivetrain layout aside, the Miura is a pretty conventional machine by modern supercar standards. The chassis is a steel box-section monocoque design with deep-section longitudinal members and extensive lightening holes. Two forked radius rods that connected the rear chassis members with the firewall of the passenger area provided additional stiffness. Suspension is a classic setup featuring unequal-length A-arms and coil springs at each wheel, along with thick anti-roll bars in front and rear. Braking is by Girling four-wheel discs, and the steering is rack-and-pinion.

Despite the relatively conventional underpinnings, the Miura was definitely different. The car looked, handled, and ran like nothing else at the time. It shared design ideas with contemporary race cars, including front and rear clips that were hinged to tilt up for accessibility to drivetrain components, just like the Ford GT40 racer. Yet it remained a two-seat tourer that offered amazing engine flexibility from its 350 horsepower DOHC V-12. The difficulty in fitting the long V-12 into a mid-engine layout was ingeniously solved by mounting the engine transversely and integrating the gearbox behind it.

Production remained limited, with only 760 Miuras built from 1966–1973. Performance was staggering for the time: 0–60 mph in seconds with a top speed over 170 mph. Marcello Gandini said of the car, “The Miura wasn’t the creation of a new line. Rather, it was an arrival point of all the sports cars of the 1950s and 1960s. The lines were very soft but very animalistic.”

Chassis number 3066 is a very special Lamborghini Miura indeed. It was released to the selling dealer on July 19, 1967 and sold to its first owner, thought to be Robert Miles Runyan, a noted California architect. It was delivered in #41 Lime Green with black leather interior, the original factory colors it sports today. The exhaustive, meticulous transformation to SV configuration began with the current owner, believed to be the third owner for this particular car.

Work began with the engine, which was fully-upgraded to SV specification. The upgrade was performed by Lamborghini development engineer and test driver Bob Wallace, of Phoenix, Arizona. Recognized as the foremost Miura expert, Wallace not only performed the SV upgrade, he further enhanced the performance and operation of the car with his over 40 years of knowledge gained since developing the original, including a split sump, dry sump, better oiling distribution for improved balance and NVH, proper seals to eliminate premature smoking, and lightened gears for optimum all-around performance. According to its owner, the car is virtually vibration-free throughout the operating range. Receipts are available for inspection.

The body, too, was converted to SV specifications by old-world metal craftsman Cass Nawrocki, of Nawrocki Fabricating in Moose Lake, Minnesota. To ensure that the car was painstakingly duplicated, an SV was available in the shop for a side-by-side comparison while the work was being performed. Even the inner structure of the body was replicated to SV configuration. Photo-documentation is available, as are receipts totaling in excess of $100,000 spent on the body fabrication and paint. Interior upgrades include full leather, modern power windows, and an overhead console per SV equipment. Further enhancements include a full SV suspension upgrade, fuel distribution modifications, SV wheels, and hood latches to SV specification. 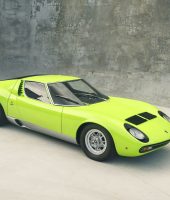 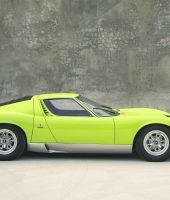 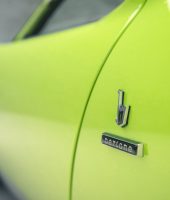 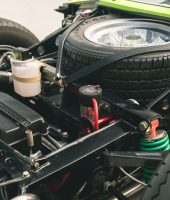 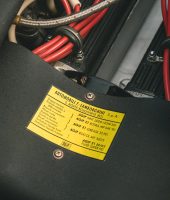 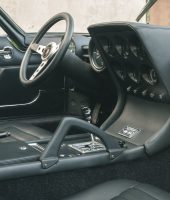