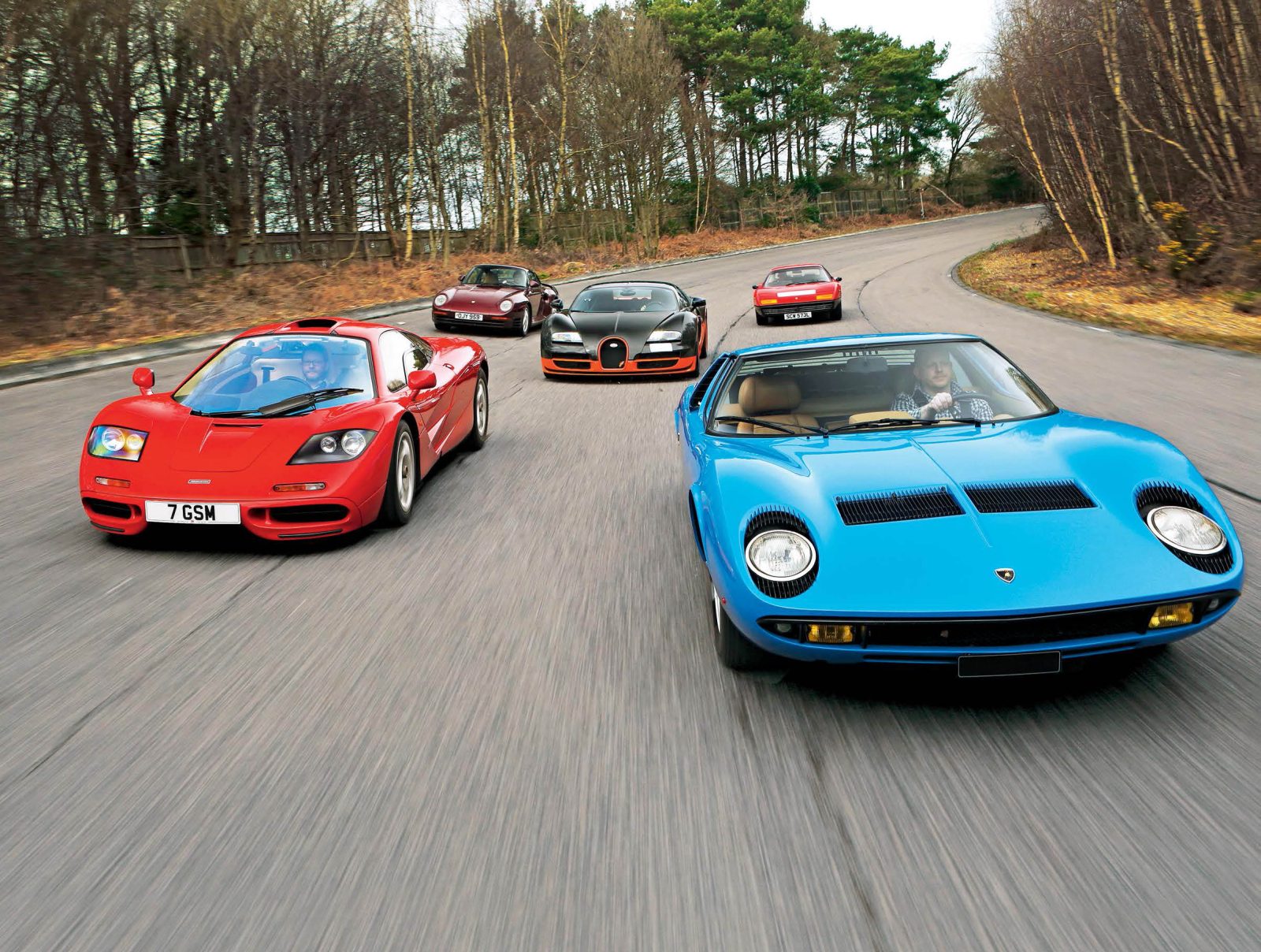 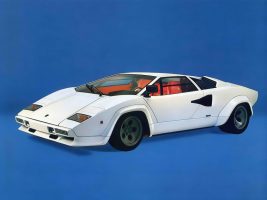 However you want to argue it, the Countach is the MOST iconic car ever produced. It’s cultural influence crossed over from the automobile world, and I believe it is the father of the modern Supercar/Hypercar. Considering that less than 1,350 cars were produced between 1974-1988, and its importance to the history of design, Lamborghini and the automotive world, I predict all pre-Anniversary examples will surpass $1 million in the next 5-10 years. If you were 13 years old in 1985, there is a good chance you are still lusting over this symbol of excess, and this bold Bertone design has evolved into future generations embodiedment of Modern Art. The Countach is why Lamborghini today sells just under 4,000 cars a year. 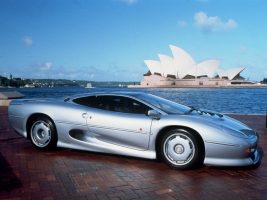 Fastest car in the world until the Mclaren F1, fastest production car around Nurburgring until 2001, Infamous historical legacy (1,000 deposits in 1988, Car was supposed to be V12…etc), the first car to win the GT LeMans class (later disqualified, only adding more juicy infamous legacy stuff), built by an incredibly successful racing team, TWR, during their winning-era. Faster than its competition from Ferrari and Porsche (F40 & 959) AND insanely limited production, 271. Every collector I encounter with XJ220 all agrees the, the XJ220 is undervalued.

1 of 448 produced for the world, Numbered, Last of the Manual front engine V12 open top cars… The 550 Barchetta with its pronounced roll bars, modular wheels and lack of any appropriate top reminds me of a some 1950s Ferrari Hot Rod. If history can teach us anything this will be a $1 million + car. 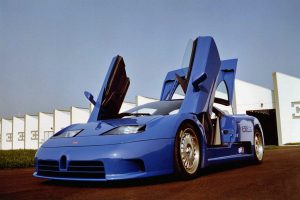 Since the launch of the Veyron, the Bugatti brand has revived itself as one of the most prestigious and exciting automobile manufacturers in the world. Undiscovered and unappreciated for many years, it was the Italian Bugatti EB110 that originally revived the iconic namesake and brand in the mid 1990s. Less than 139 produced for the world, 600 hp, V12, Quad Turbo, 4 wheel drive, Carbon Monocoque, Roman Artioli put together the best engineers and designers in Italy to produce the rare and exciting EB110. Trading between $950,000-1,700,000 today, we believe these are extremely undervalued when you compare them to the limited edition Supercar from the 1990s, such as Mclaren F1, Ferrari F50 and so on…

Last true street/track cars produced by Ferrari AND the last manual transmission race cars built. These cars are rare, RARE, RARE. What is most interesting about the 348 and early F355 Challenge cars is that they were built on street cars, which means they have titles. So if you really wanted to, you could drive to the race track and drive home. At $100,000-150,000 today? These cars are too cheap.

1 of less than 350 produced for the USA. 500hp. One of the best driving cars for the value. It is an absolute monster! A stiff, Carbon Fiber clad hotrod. Oh, and Jeremy Clarkson owns one. 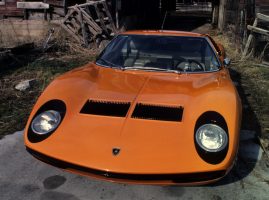 Lamborghini’s 250 GTO, 250 TR, 330 P4… Call it what you want… This is the ultimate Lamborghini ever produced and in many ways one of the ultimate Supercars produced. Produced in less than 150. Considering the amount of significant Ferraris that sell between $5,000,000-50,000,000, theres no reason the greatest Lamborghini should be less than $3 million. 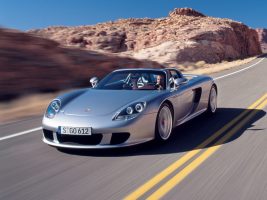 The end of an era, the Carrera GT marks the arguably one of the best drivers car of our time. When Porsche was developing the Carrera GT it applied for over 70 patents. Fast revving V10, with no flywheel, 605 hp, that originated directly from racing. The CGT was conceived from the 1998 Gt1 Lemans winning car and developed by the same Lemans engineering team. 0-60 in 3.5 seconds and 0-100 in 6.8 seconds. During the development, Porsche test driver Walter Rohrl told writers at Drive that piloting the Carrera GT was the first time in his life he was ever scared of a car. Shortly after deliveries began, Porsche headquarters issued a memo to franchise dealers to warn potential customers about the cars insane power, stating, “Carrera GT is as close to a racecar as we will ever get. This car has all the disadvantages of a racecar.”

The most usable and limited production of arguably the most iconic Ferrari ever produced. Only 408, 512TR cars produced for the USA and 75, 512M produced. 428-440 hp. Gated shift gate that makes the most incredible sounds. Good AC, fast, comfortable and stunning looks! 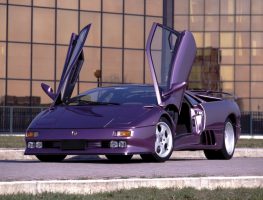 Lamborghinis F40. The Diablo SE30 was produced to celebrate the 30th Anniversary of the Italian Supercar manufacturer. 1 of 150 for the world. A raw, lighter, faster, Carbon Fiber, high revving race car for the street, with roll up windows, magnesium wheels and traction control inspired from F1. This is the ultimate modern Lamborghini and produced way before it’s time. 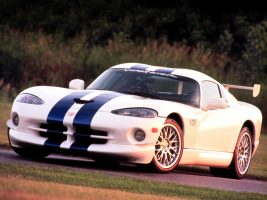 Inspired by the LeMans winning race version, the production GTSR is arguably the most iconic Viper produced and the most rare. 1 of 100 built for the world, with unique build numbers, a big racing wing, awesome options and accessories for VIPs from the factory. They are just so damn cool, with great provenance. At $110,000-150,000 this seems like a deal for the coolest Viper produced.

1 of 50 produced for the world, the MC12 is essentially a more-rare, Ferrari Enzo with no roof. The open top Supercar is absolutely stunning in person and was produced for homologation in the GT Class. As production numbers of Hypercars and Supercars grow, we will appreciate just how rare and radical this race car for the street really is! 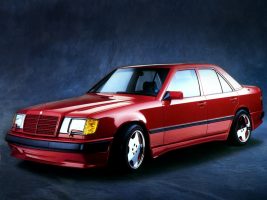 The next generations Muscle Cars, but so much more-rare! AMG shocked the world when their luxury Coupes and Sedans were beating Ferrari Testarossa and Porsche 930 Turbo examples in magazine Supercar tests of the 1980s. These early “Hammer” cars put AMG on the map, forever. Very few 5.0, 5.6 and 6.0 AMG cars were produced during the 1980s and early 1990s. Iconic looks, impressive powerplants, rare and the inspiration for arguably the most important performance brand of our time, AMG.

The last Lamborghini V12 manual transmission ever produced. The last hand-built Lamborghini Supercar produced. Rare. Exciting. Comfortable. Does it. Get any better? At $180,000-500,000, one day these will seem super cheap. 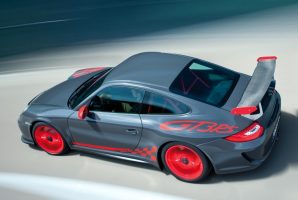 The 997 marks the last  of the iconic Metzger engine and the last Manual transmission versions of the GT3RS and GT2RS editions. Arguably, the 997 is the last “real” 911. Lets face it, the 991 is incredible but not as nimble or raw as its predecessor. Both the GT3RS and GT2RS are incredibly exciting to drive, fast revving, well balanced and almost “too good.”